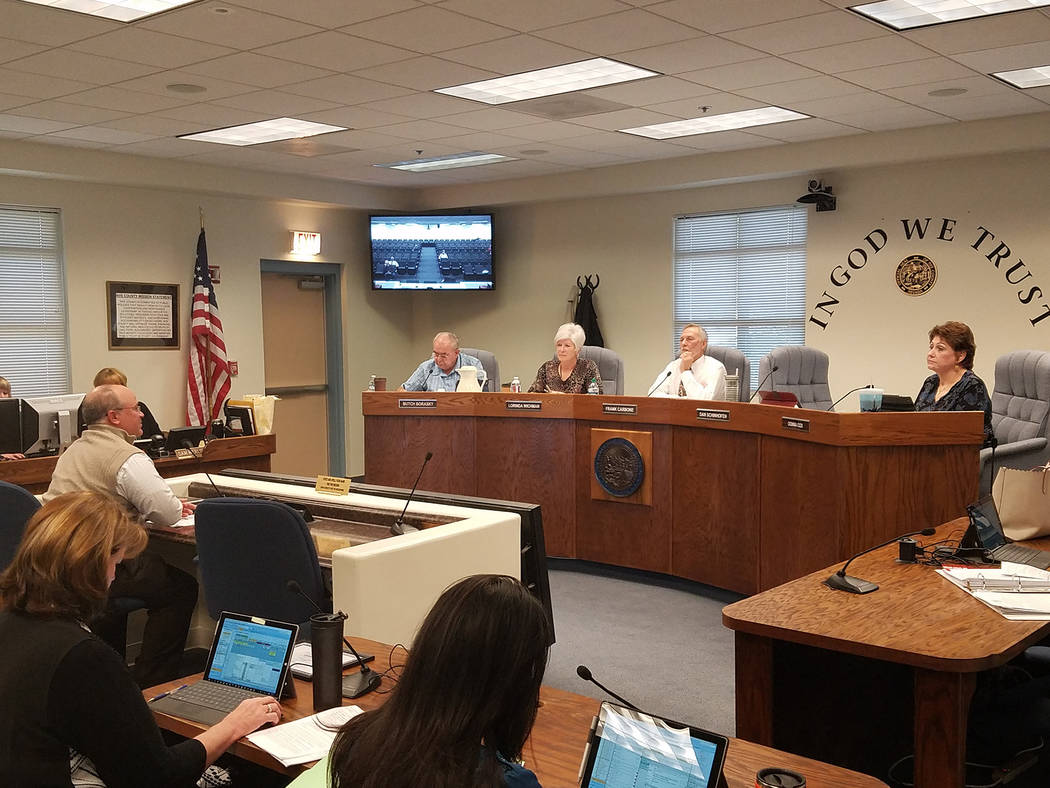 David Jacobs/Pahrump Valley Times A look at the Nye County Commission chambers in Tonopah. The commission holds meetings in both Tonopah and Pahrump. 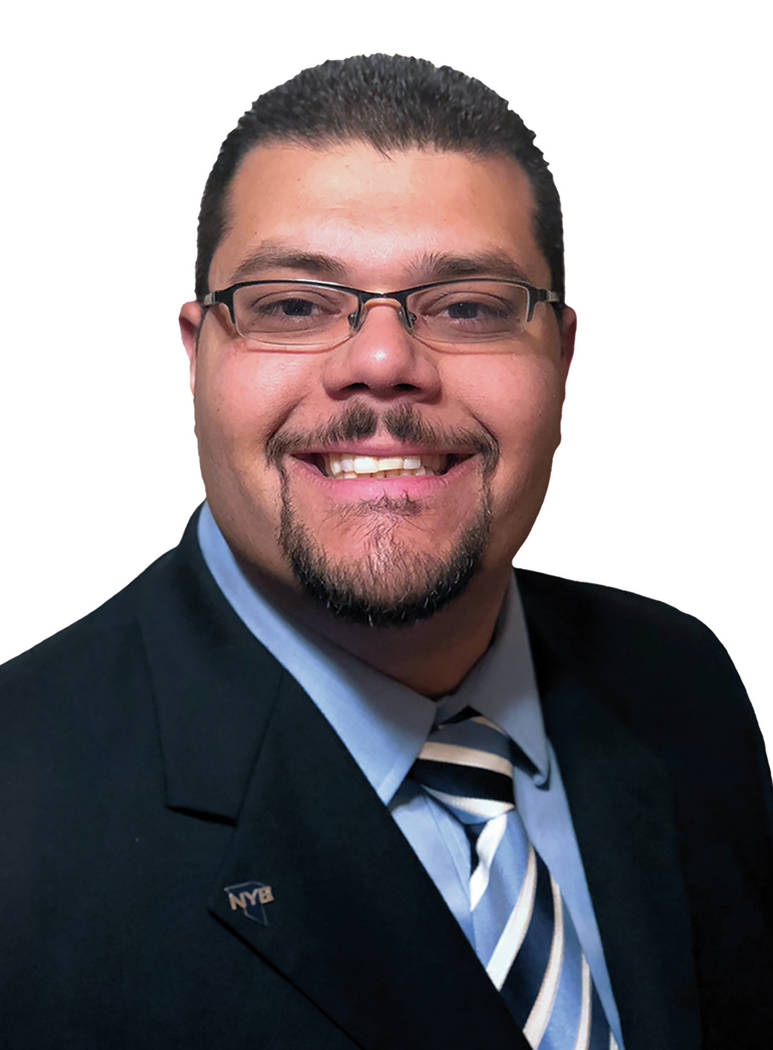 Special to the Pahrump Valley Times Republican Leo Blundo is hoping to secure the post of Nye County Commission District 4 representative this November. 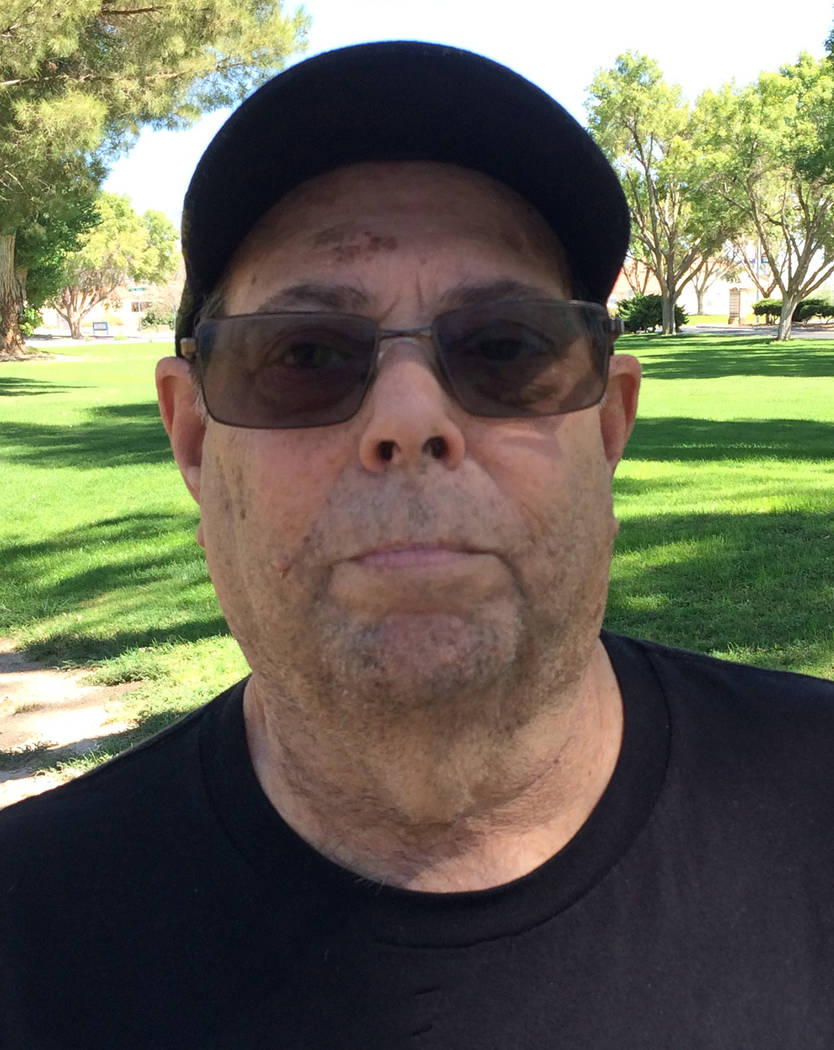 Robin Hebrock/Pahrump Valley Times Richard Goldstein is the only Democrat to throw his hat in the ring for the Nye County Commission District 4 seat. His name will appear for the first time on the 2018 General Election Ballot.

“I look forward to doing a lot of great things and being a voice of reason for the community. We’re going to have to ask the hard questions, I think that is what is expected. You’re not on the board to make friends, you are on the board to do the work of the people and I think that is very, very important,” Blundo said of his bid for office. “I think people are appreciative of the message that I am trying to get out there, we’re here to do the work of the people, to represent the people.”

Blundo has identified a list of issues that he wants to focus on in the coming years but he said those were not a product of a personal platform but rather, “These issues came from knocking on doors and asking people what is important to them.” The voters’ identified issues included no meters on wells, fixing the roads, fiscal accountability, keeping the rural identity and preventing Pahrump from becoming “east California.”

“A lot of things are coming before the board but I think the one that takes the cake, the most important one is any issue that a constituent wants to discuss. Whatever that is, bring it forward, that’s the most important issue. What is near and dear to you? Our job is to take a look at that, give it a voice and fight for you,” Blundo said.

One area that Blundo did note that he himself feels should be looked into is the county codes. “My past experience has shown me that we have a code and we have a way that we do business in the county and those don’t add up. So I would like to sit down and go through some of the code. It needs to make sense to the average person,” Blundo said. “We need to look at that and most importantly, it needs to be fair and unbiased toward anybody or any business. It needs to apply fairly across the board.”

As his interview came to a close, Blundo stated, “I feel very confident, I feel that the people in District 4 have been very receptive and I appreciate and am humbled by the vote in the primary… I look forward to doing the best job possible.” With in-the-seat experience at the transportation and planning commission level and 11 years as a business owner, Blundo said, “I know I can have a good impact and make a positive difference in people’s lives and the quality of life here.”

To learn more about Blundo voters can contact him at leonardoblundo@hotmail.com or call 702-595-2269.

Goldstein is a well-known fixture at commission meetings, having attended them continuously for the last nine years and he is also known for his work on several nonprofit boards. With such involvement in the community, Goldstein felt stepping up for commissioner was a natural choice.

“I think what inspired me to run for commission the most was the dissatisfaction about the way that the county is being run now. People don’t like the attitude of the commissioners that we have,” Goldstein stated plainly. “We have to get rid of the ‘good ol’ boy’ mentality in this county… I think it’s just time we get some new blood in there. There needs to be a change and I think I can orchestrate that change and bring a new voice and a new outlook on things to the commission.”

Goldstein remarked that his goals are clear-cut, honing in on water, infrastructure, emergency services and the senior and veteran population. Of the four, roads were the biggest sticking point for him.

“The main issue is infrastructure. Pahrump has the worst roads in Nye County and Nye County has the worst roads in Nevada. I realize we can only do so much but we raised the gas tax, which was to pay for the roads and I am fine with that, so let’s fix some of these roads. And not just top-coating them. That doesn’t last. What the county did with Homestead was fantastic, they started from scratch… But there are just so many other roads in this town that are terrible,” he asserted.

Other issues dear to Goldstein’s heart are emergency services and seniors and veterans. “We have to make sure our emergency services have the best people they can get, and the amount of people they need, and the best equipment they can have to take care of the citizens of Nye County,” he said. “And I am a veteran, a disabled veteran. We need to make sure our veterans and seniors are taken care of. They are the most important part of this community. Without the veterans, we wouldn’t have the freedoms we have now and the seniors, they have put in their time! You have to take care of these people, it’s important.”

Outside of these subjects, Goldstein said he wants to be a true representative of the people and do as they desire, knowing that doing so may mean he has to put his own desires and opinions on the back burner. “You are representing a body of people, you have to do what they want. You have to listen to your constituents.”