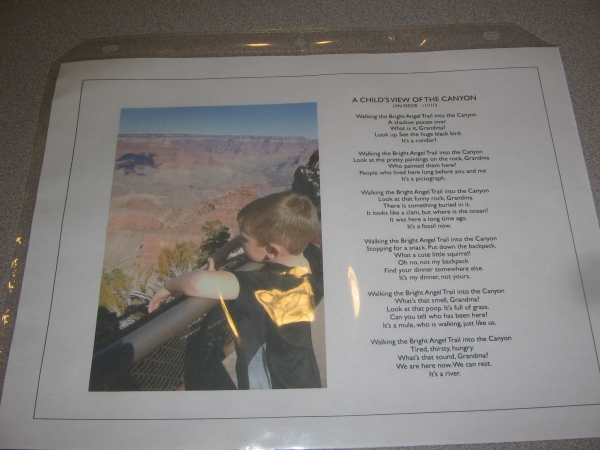 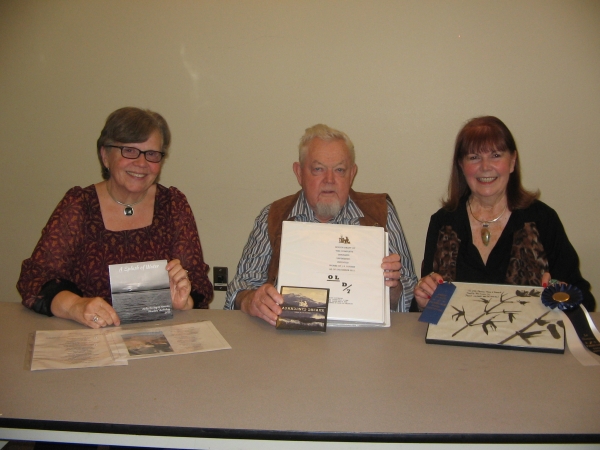 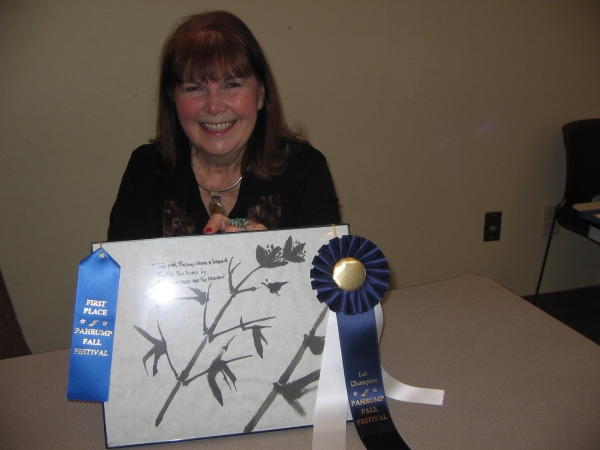 If you enjoy writing, reading, or listening to others reciting poetry, the Pahrump Community Library’s Sagebrush and Cactus Poetry Group would like to meet you at the library.

The group is reorganizing and seeking new members under the direction of Lyn Pizor and J.R. “Barney” Olesen, both of the former Tumbleweed Tales Society poetry group.

We’re an informal group, all of us love poetry,” Pizor said. ” Many of us write poetry, but not all of our members write poetry. Some people just simply love poetry and come and they bring a poem from their favorite poet and share that.”

The Tumbleweed Tales Society was started in 2005 by George and Judy Strickland in conjunction with the Pahrump Community Library. The group grew from a handful of members to over 20 and continued for 10 years. Under their direction, the group published books, incorporated music, and performances, including a Shakespeare program.

“We just hope that legacy of creative interest has a very positive vibration throughout our valley in the future and we’re so grateful that they are doing that,” Judy Strickland said.

The Stricklands recently had to bow out as hosts of the group due to family commitments. They are very supportive of Pizor and Olesen, who have teamed up to continue a poetry group under the new name.

Pizor became interested in poetry when she was a high school senior in New Jersey. She wrote a sonnet for an English class assignment which she just loved and received lots of praise for it.

As a Spanish major in college, Pizor read and studied a lot of Spanish and Latin American poetry and literature. Later, she started writing poetry during a difficult part of her life, which helped in coping with her feelings.

After her grandchildren were born, they would tell stories during car rides and Pizor started writing children’s stories.

Some of Pizor’s writings have been published and one of her haiku poems was recently included in “A Splash of Water – Haiku Society of America Members’ Anthology 2015.”

Pizor was inspired to write it one night while driving over the mountain from Las Vegas to Pahrump.

Pizor and Olesen stressed that the group is “extremely diverse” in writing and sharing everything from cowboy poetry, Shakespeare’s sonnets, Japanese haiku, contemporary poetry, and concrete or visual poetry.

Most of the inspiration for Olesen’s poetry comes from growing up on a cattle ranch in northern Montana and taking charge at 19 when his father died.

When he went to college, an English professor would mark up his papers with a red pen, correcting the grammar and spelling even though he received good grades. He asked the teacher why he got such high marks despite all the corrections.

He didn’t start writing until he retired after working in sales for over 30 years.

One day while still living Montana, he was sitting with some retired women reminiscing about the “early days” of cattle drives and old saloons. That afternoon, Olesen penned his first poem, “The Broken Spur Saloon”. It is about two young guys who traveled with the cattle drive to Dodge City and “went out on the town” at the local saloon. It is a humorous poem, complete with rhyming verses, true to Olesen’s style.

His writing career just continued from that day forward.

“I write a lot about experiences I had on the ranch, and most of those poems are in there, Olesen said, pointing to his collection of writings. “And most of those are actual true happenings.”

His family surprised him and had a CD produced entitled, “Abandoned Dreams” with 19 of his poems, including one written as a tribute to Marta Becket of the Amargosa Opera House.

Last summer, two of Olesen’s poems were published in a 30-year anthology of the Montana Cowboy Poetry Gathering held in Lewistown. It is the one of the oldest cowboy poetry gatherings in the country, second only to one in Elko.

Group member Robin Niedecker’s interest in poetry started as a child. She had health problems and was in bed a lot so her family would read children’s poetry to her.

She was also influenced by a teacher in seventh grade who introduced her to “Stuart Little” and “Charlotte’s Web” by E.B. White.

Niedecker wrote poetry in high school and in her senior year two of her poems were published in a national anthology of high school poetry.

While a college student in San Francisco, she discovered haiku and became interested in Asian arts and culture.

“And I liked it because it was quick in writing it and expressive and artistic,” Niedecker said. “I like visual imagery.”

Haiku is Japanese metaphoric poetry which includes three lines, with an uneven syllable count of 17-21 and involves nature and the seasons.

Niedecker won awards at the Pahrump Fall Festival for her haiku, which included a brush painting. In Japan, many times a haiku poem is included with a brush painting or a “sumiape” according to her.

Poetry enthusiasts 18 years and over are welcome to join the Sagebrush and Cactus Poetry Group. One doesn’t need to be a published or prize-winning poet or even a writer to participate.

“We read poetry, we’re not there to critique poetry,” Pizor said. “There are folks who are happy to do that one-on-one outside of the meeting, if needed.”

She added that the group is a great thing to find in Pahrump since you’d expect something like this in a larger city.

“It’s a fun thing to do, it’s entertainment,” Olesen said. “It gets us to meet new people, and it stimulates your mind, all of those things.”

The group meets tomorrow and the first Saturday of every month at 10 a.m. in the Pahrump Community Library, 701 East Street.

For more information on the group or to purchase Olesen’s CD of poetry, email him at Barney31111@gmail.com.

“Just come and see what it’s about,” Niedecker said. “It may inspire someone to be creative, or at least to go out in the library and check out the poetry section and take a book out.”