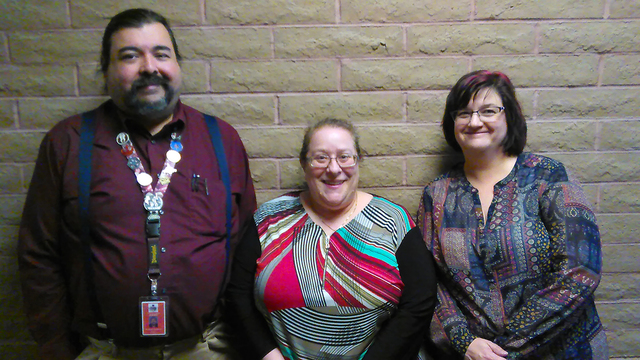 Erupting volcanoes, Alka Seltzer-propelled rockets and Mentos Diet Coke geysers may be a new part of the curriculum for students at J.G. Johnson Elementary School.

Faculty and staff have created a science club skewed for students who want to learn more about the discipline.

Second-grade teacher Elisa Freidman came up with the idea.

Freidman said she believes students should learn more about the world around them, by way of science.

“I believe science is very important but unfortunately, we tend to skip over science where it doesn’t play a big part in our everyday classroom studies,” she said. “We wanted to get something going for our students that would engage them and will get them ready for science, technology, engineering and math, which is what the acronym STEM stands for.”

She noted the project would have been nearly impossible to implement without her fellow teachers’ assistance.

He said the program surpassed the expectations of he and his fellow faculty members.

“The two years we were running it, our scores jumped from the bottom to the top eight within the district,” he said. “It’s a good thing for our kids because they don’t really get enough exposure to science during the school day because there is such a big emphasis put on mathematics and reading, so it leaves very little time to engage in science projects.”

Sandoval also said the trio is now preparing students for an upcoming event that will allow for classroom demonstrations.

“We have a science fair coming up in a few months and students will be asked to participate,” he said. “They are asked to demonstrate an actual science experiment, unlike a demonstration. We also tell them that the science experiment must be repeatable and it has to have a hypothesis and a conclusion based on their data.”

Dennis meanwhile, noted that she and her fellow science cohorts want to provide hands-on demonstrations and activities for the students.

“This is our first year and we are just working our way through it,” she said. “This is something we want to continue and right now we have the second through fifth graders. Though it’s kind of hard to keep the second graders engaged, the fifth graders are right there on it.”

J.G. Johnson Principal Mark Gabrylczyk had nothing but high praise for his staff for going the extra mile for the sake of their students’ education.

“We strive for high academics and high expectations,” he said. “We want to make sure that we are preparing the kids for their next step in life and do our best to connect with the kids and give them the best opportunities to become successful later in life.”

“We also want to get the high school involved,” he said.

“We have spoken to some of the faculty members and hopefully we can get some juniors and seniors who are heavy into science, to come over and help our kids with science.”