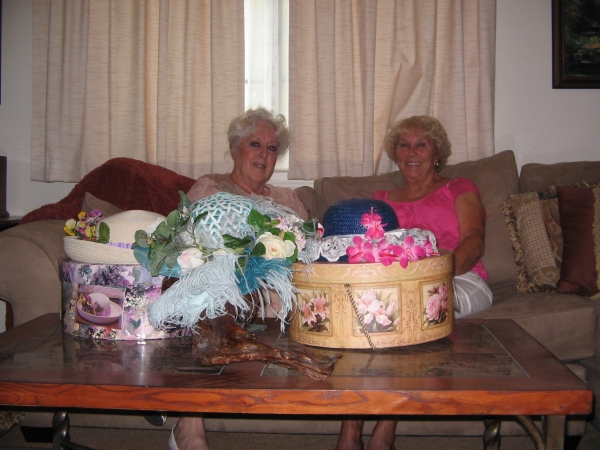 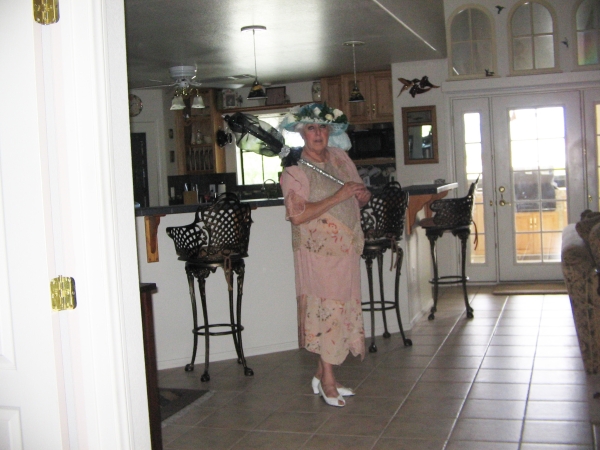 Pahrump’s Wild West Extravaganza next May will be a bit more “sassy” than in the past. Kick in some soft-shoe dancing and an old Western beverage sarsaparilla, commonly known as “sasparilla”, and you have the making of the Soft-Shoe and Sasaparilla Society (SASS).

Pat Watson is on the board of the Wild West Extravaganza and stepped up to form the dance group, which will provide entertainment in between acts of the melodrama annually produced by the Shadow Mountain Community Players. But, SASS is not part of the theatre group.

“It will be long dresses, western style, that sort of thing and hats,” Watson said.

Soft-shoe dancing is just that, according to Watson. Any type of soft-soled shoes, except sneakers, are fine for dancing. Dancers don’t have to buy any special type of shoes and the steps are easy. Watson said if you can walk, you can learn soft-shoe. It’s just putting one foot in front of the other.

“The soft-shoe is easier on you, on your ligaments and your knees and everything,” Watson explained. “And, it’s just easier to do – I think. It’s not as hard on your body.”

As a kid, Watson took tap, ballet and Hawaiian dancing lessons and has performed with area tap groups including “The Silver Belles” in Las Vegas.

“Well, the idea of soft-shoe, ’cause I did do some as a kid and I liked it,” Williams said.

She also likes the idea of wearing long skirts and hats.

“I liked the idea of the western; I’m basically country,” Williams added. “I wear cowboy boots if I can and you know I love the Western theme.”

Williams has logged a lot of experience on her dance shoes. She took tap dance lessons beginning at age three and later performed acrobatics and in trapeze acts. Williams also danced with a tap group while living in Southern California.

Watson is the choreographer for the group which is currently working on a routine to “Tea for Two” for their premiere performance at the Wild West Extravaganza. She also has other songs in mind.

“We want to keep everything authentic to the West, you know, kind of,” Watson said. “So, I’m looking at maybe, ‘Coco-Cola Cowboy’ by Mel Tillis. And that’s a cute little number. It’s slow, it’s not really fast and everything lends itself good to something like that.”

Watson wants the dancers to know that if they don’t want to perform in public, that’s fine.

“Just come and have some fun and meet some people,” Watson stated. “It gets you moving.”

Participants have their own freedom of expression about what to wear.

“That’s the good thing about this,” Williams added. “We don’t have to buy the same costume that everyone else has and the same hats and everything.

The day of the interview Watson had to serve us root beer, not sarsaparilla. None could be found in Pahrump. Wonder why? It is a favorite drink from the Old West. Watson used to find homemade sarsaparilla years ago in Las Vegas.

Only a few days ago, this reporter discovered that the general store at Furnace Creek Ranch in Death Valley does sell sarsaparilla; it was like finding liquid gold.

For more information on joining SASS, contact Pat Watson at 775-751-8382. Also, they are always looking for volunteers for the Wild West Extravaganza. If anyone decides to sell sarsaparilla in Pahrump, Watson would like to know that too.