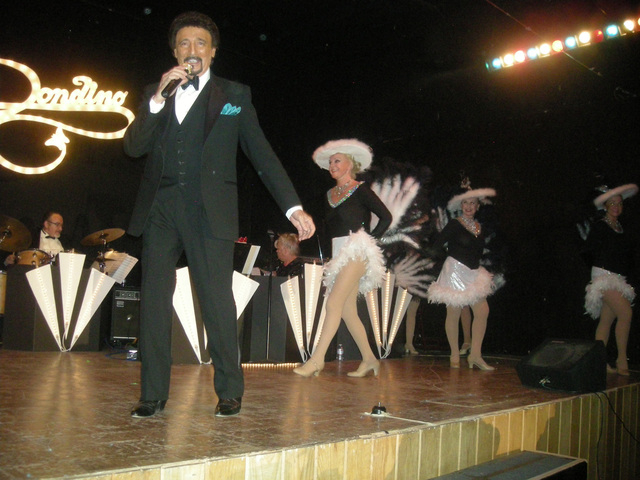 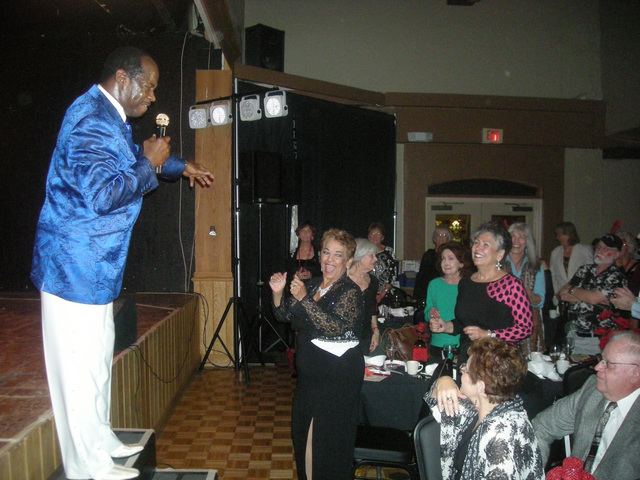 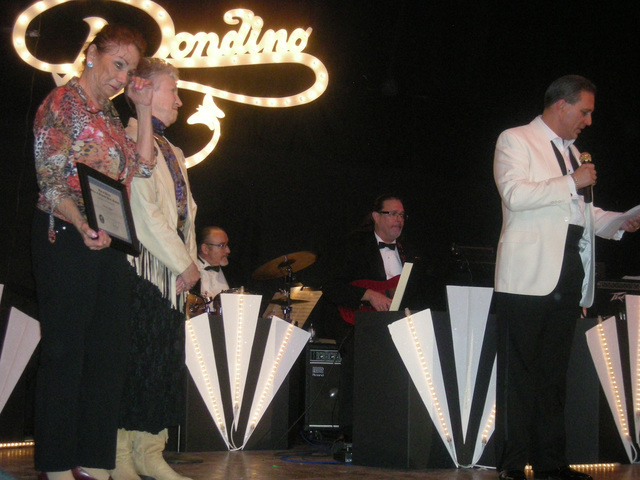 The fundraiser titled “Come to the Cabaret” raised money for youth programs like the Missoula Children’s Theater and scholarships for students pursuing a secondary education in the arts. Dondino put together the show in which performers donated their time. The arts council would like to fund Art for Young People, Summer Art Camp, Artists in Schools and Poetry Out Loud at the high school in a time of dwindling grant funds.

“We feel the arts are for everyone but we would like to concentrate on the kids, because no matter what economic strata in this area they’re under-served,” event co-organizer Loretta Lindell said. She said the event raised about $600.

Dondino was the featured act, a 17-year Las Vegas performer at the Four Queens for 12 years and other venues like The Flamingo and Caesar’s Palace, who left his home for an eight-year stint in Branson, Mo. only to return to Las Vegas. He reveled the audience, belting out popular old times like “Old Black Magic Called Love,” Engelbert Humperdink’s “Please Release Me”, closing with a finale of Elvis Presley’s medley, “How Great Thou Art/America The Beautiful.” The Michael Tramonti Band provided brass, guitar and drum accompaniment.

“Art encourages creativity and innovation which are two critical skills for academic and career success. An art class or art program at a school is often the only reason a student shows up to school at all. We have to do whatever we can to continue to promote the continuation of art programs in our schools and communities, not just in Clark County, but in the State of Nevada,” Geihs said.

Kids have to be encouraged to graduate from high school, he said, noting a dropout earns $200,000 less over his lifetime and almost $1 million less than a college graduate; high school dropouts commit about 75 percent of the crimes and comprise 80 percent of death row inmates.

“The Pahrump Arts Council believes that the arts build connections between people. The arts encourage interaction, art often challenges perception and this is vital to healthy communities. The arts are important at every level. Cultural tourism, festivals, museums, community-based arts organizations and a host of other groups and individual artists are central to the vitality of cities, towns and rural areas. The arts also have a strong economic impact,” Geihs said.

Geihs read proclamations from Gov. Brian Sandoval honoring Sharon Cahlan for her remarkable achievements and dedication to Pahrump citizens, charities and Nevada organizations. Cahlan, a 2006 Ms. Senior Golden Years, has been active in the Nathan Adelson Hospice building program, organized a USO show recently to benefit veterans, was a co-organizer of the arts council benefit and her dance group, the Ovation Dancers, have performed at other local fundraisers.

Dondino was also given a governor’s proclamation. He began the Read to Me Foundation promoting literacy which donates books to Ronald McDonald houses, Head Start programs, hospitals and other charities. Sandoval noted Dondino hosted a successful musical variety show on television “The Dondino Show” and after performing all around the world, declared his home, his heart, will always be in Las Vegas. Sandoval said Dondino also donated his time and talent to charitable causes like the Muscular Dystrophy Association and the Special Olympics.

“I love it and I think Pahrump needs more shows like this, I really believe that,” Dondino said. “I think the arts are important and I know the structure of the foundation because I have one of my own. Mine is a little different, but foundations are the same, trying to raise money to do good for someone and what Loretta’s done so far, it’s unbelievable.”