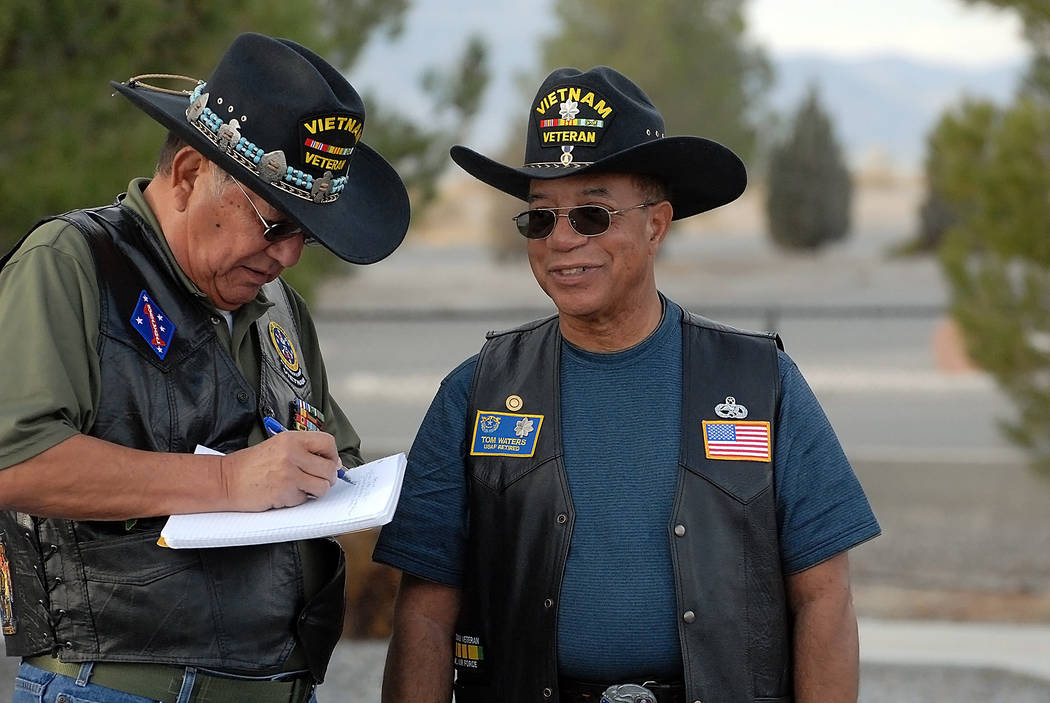 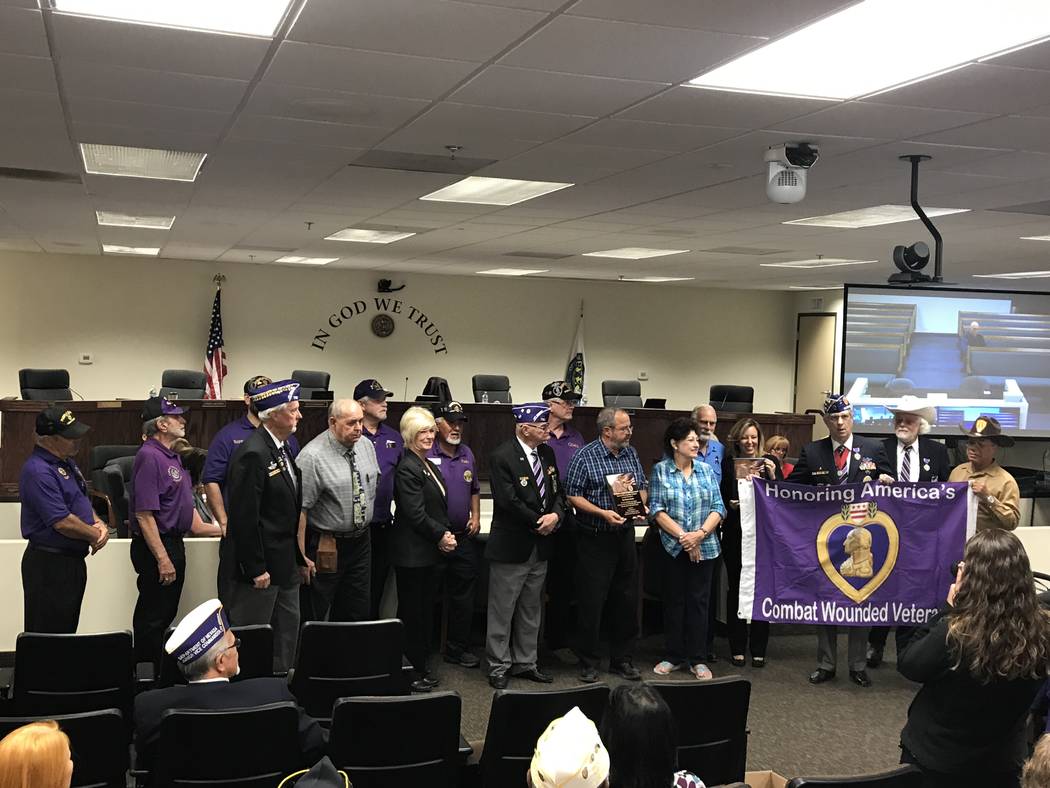 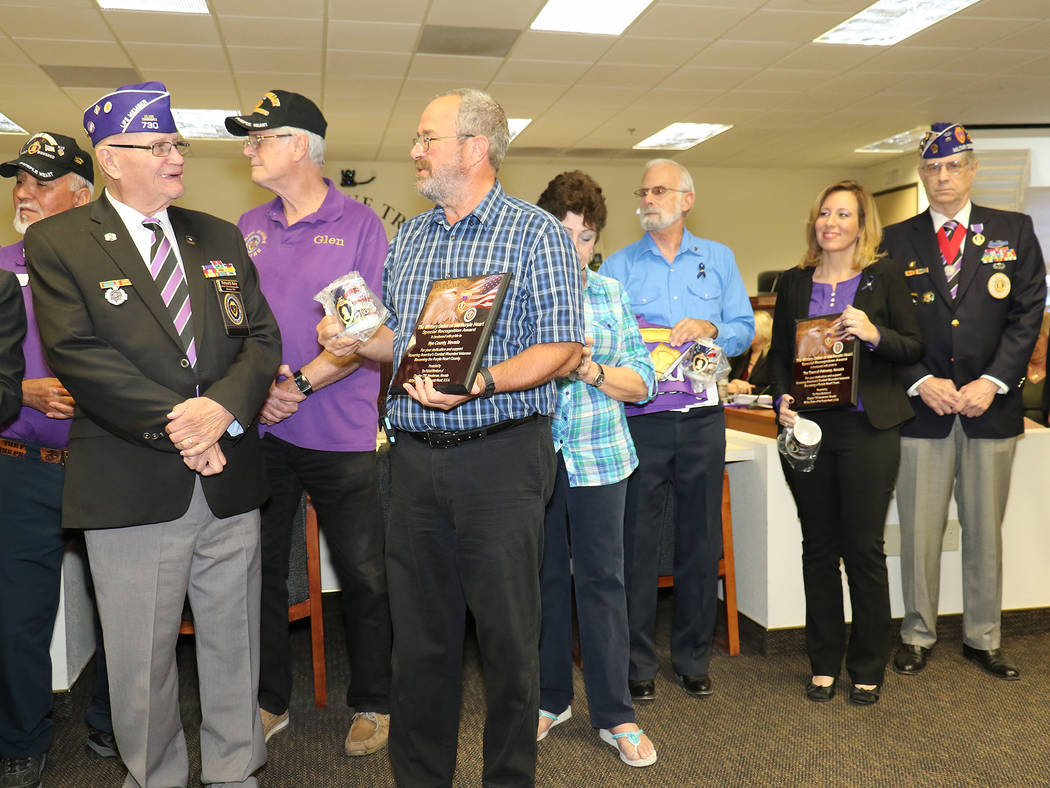 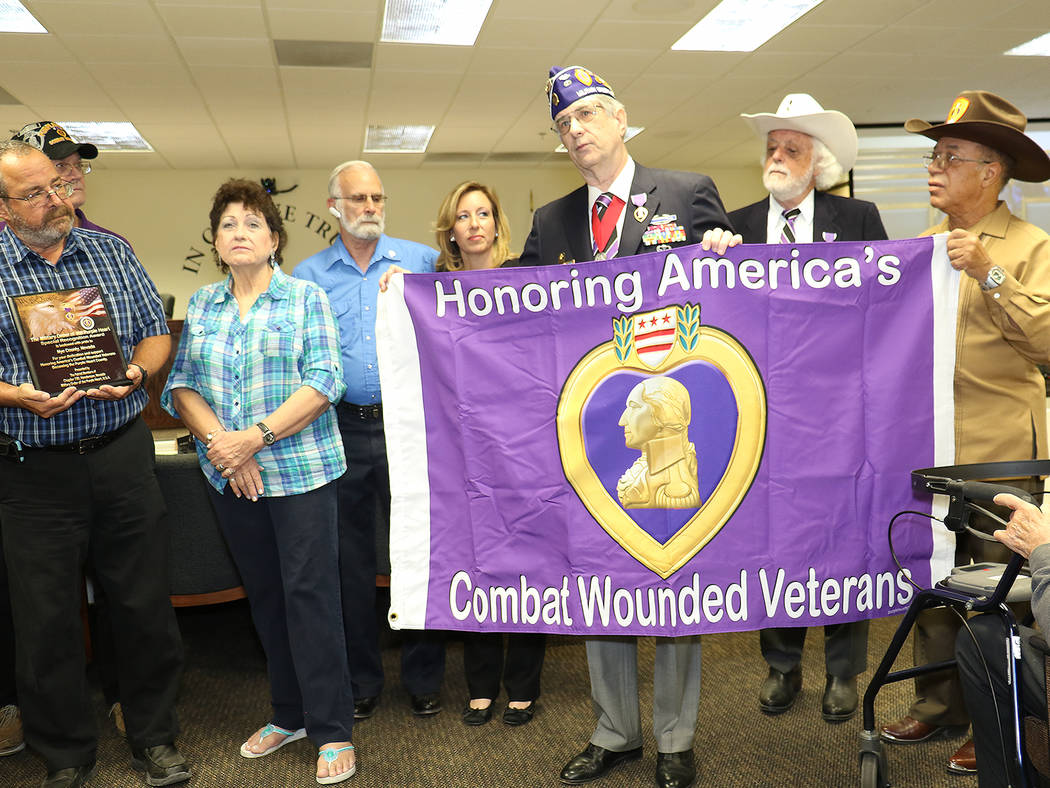 Special to the Pahrump Valley Times - According to the Military of the Purple Heart website, there are more than 410 Purple Heart counties, cities and towns across the United States. Nye is the first county in Nevada to receive a status of a Purple Heart County. 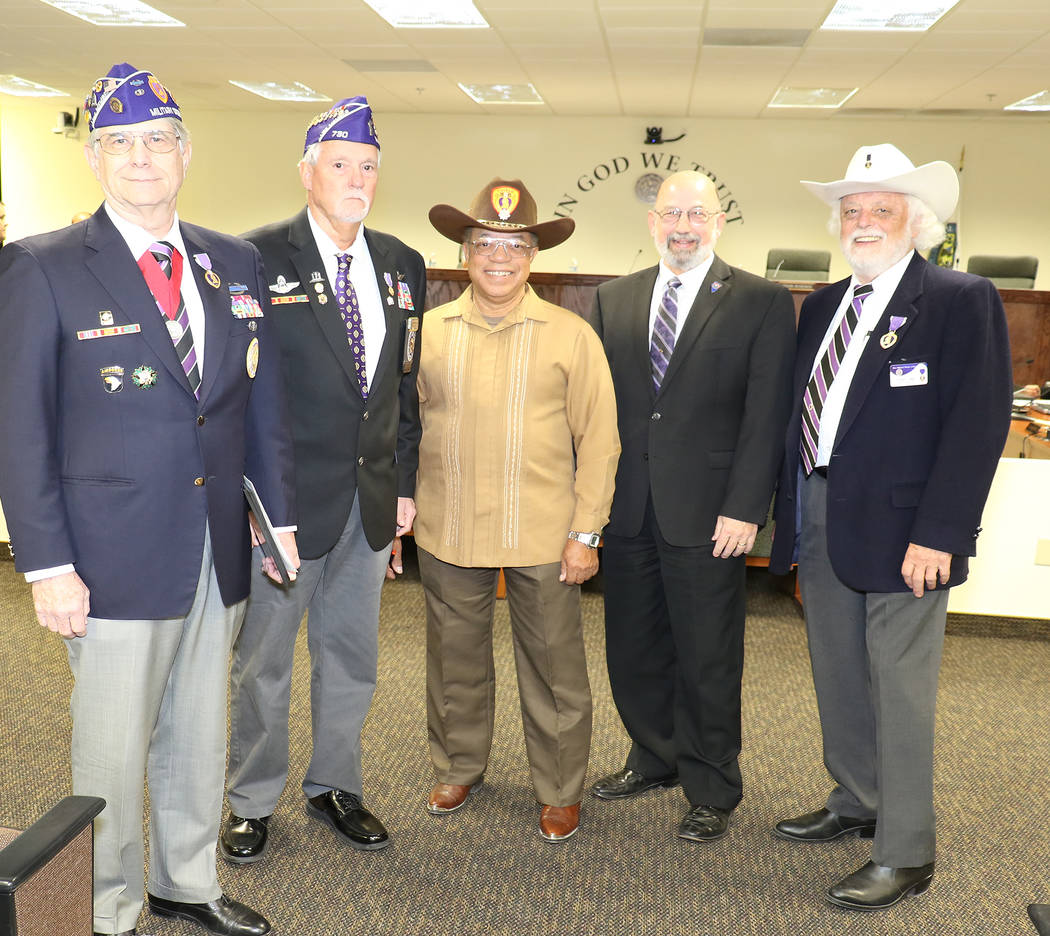 “Many citizens of Nye County have earned the Purple Heart medal as a result of being wounded while engaged in combat with an enemy force, construed as a singularly meritorious act of essential service; and whereas, Nye County appreciates the sacrifices our Purple Heart recipients made in defending our freedoms and believe it is important that we acknowledge them for their courage and show them honor and support they have earned,” the proclamation reads.

Aug. 7 was recognized as Purple Heart Day in Nye County when commissioners issued a proclamation in August.

The Purple Heart is the oldest military decoration in present use and was initially created as a badge of military merit by Gen. George Washington in 1782.

Waters said to become a Purple Heart county or Purple Heart town, there should be a Purple Heart Chapter – a criteria which Nye County lacked. “For that reason, Chapter 730 stepped up and said they would sponsor us, which is why they are here today,” Waters told commissioners at the ceremony.

Dan Peterson, Chapter 730 commander, said he was invited by Waters to be a speaker at the Pahrump Purple Heart ceremony on Aug. 7.

“I was impressed as I saw the close veteran community and recommended that Pahrump become a Purple Heart Town,” Peterson said in an email. “My chapter agreed to be the sponsor,” he said.

“For me as the commander it means that our Chapter 730 continues to recognized combat wounded veterans for the sacrifice they have given,” Peterson said. “For the chapter, it means that Chapter 730 continues to promote cities, towns, and counties to become a Purple Heart entity and recognize those in their community who have received the Purple Heart. Also, to thank all veterans for their service and sacrifice to our country.”

According to the Military of the Purple Heart website, there are more than 410 Purple Heart counties, cities, and towns across the United States.

The website lists the city of Henderson as the first city in Nevada to receive the distinction of being named a “Purple Heart City” on Jan. 13, 2014. The city of Las Vegas received the same designation on May 18, 2016, followed by the city of Mesquite on Sept. 13, 2016 and Carson City on April 20 of this year.

The state of Nevada earned the distinction on March 15 of this year.