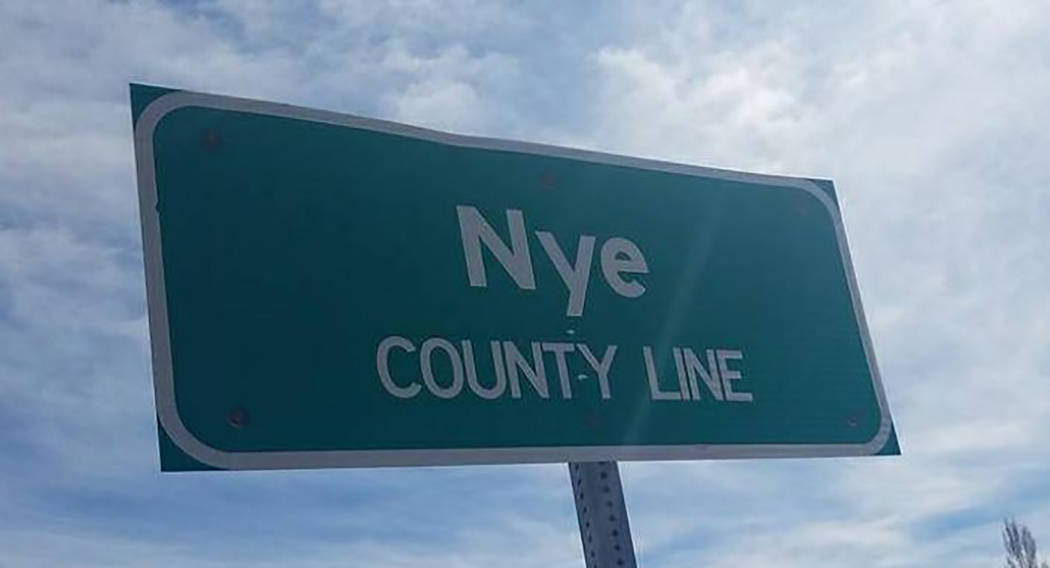 David Jacobs/Pahrump Valley Times Nye County commissioners voted 3-2 in favor of the bill at the last meeting. Commissioners Butch Borasky and Donna Cox cast their votes against the measure.

A bill regulating landscaping for new construction in Pahrump is scheduled to go into effect on June 5.

The bill will update zoning terms consistent with the adopted policies of the Basin 162 Groundwater Management Plan and the 2014 Pahrump Regional Planning District Master Plan Update.

Nye County commissioners voted 3-2 in favor of the bill at the last meeting. Commissioners Butch Borasky and Donna Cox cast their votes against the measure.

The purpose of landscaping is to create desert-themed, drought tolerant landscapes along streets and commercial corridors, provide shade across large expanses of pavement, provide landscaped areas around multi-family buildings and reduce the impacts of nonresidential uses on residents, according to the documents.

Under the bill requirements, all landscaping must consist of live native, xeric and drought-tolerant plants to minimize outdoor water use on landscapes.

Pahrump Basin 162 is considered overappropriated as it has 11,000 domestic wells and 60,000-acre feet of paper water rights. Under current rules, domestic well-owners are allowed to use 2 acre-feet of water per year. However, most domestic wells are “junior” in priority, which means they could be curtailed in an event of a crisis.

The Basin 162 Groundwater Management Plan has been in the works for several years as officials try to bring the water levels in Basin 162 into balance.

Commissioner John Koenig, who voted in favor of the bill, said conserving water is the “easiest and cheapest” way to save water in an overappropriated, or any, basin.

“Conservation starts at home; this bill affects primarily only new homes but if people are wasting a precious resource such as water, they need to learn how to conserve,” Koenig said. “I am a strong proponent of teaching this in schools as the kids will guilt-trip their parents into not wasting water. I own a well and intend to keep it.”

“All of the amendments to the Pahrump Regional Planning District code were vetted through multiple public meetings and the most responsible measures possible. My second and my vote was with all of this in mind,” Commissioner Lorinda Wichman said.

The bill also said that landscape plans must incorporate water-conserving designs, which includes appropriate soil, soil amendments, mulching and drainage. All applicants for building permits for construction that have an approved and certified site development plan must submit and have approved by the zoning administrator, a landscaping plan prior to issuance of a related building permit.

Additionally, salt cedar plants must be removed from a property prior to any new development. Planting cool season grasses such as rye and fescue from seed is prohibited from May through August.