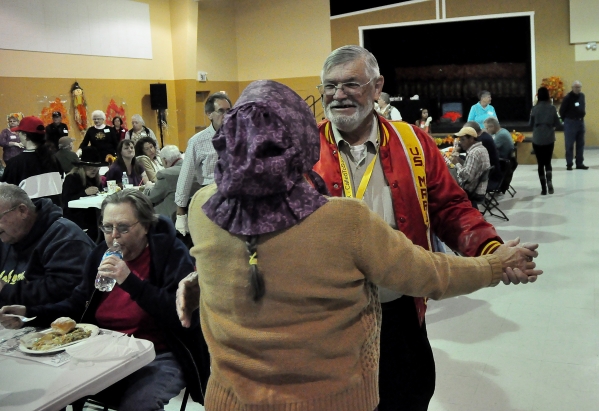 Pastor Ron Fairbairn of Central Valley Baptist Church dancing with delight after revealing that 500 plus dinners had been served by noon on Thanksgiving.

More than 1,300 free meals were served Thursday by NyE Communities Coalition’s Holiday Task Force, according to the organization’s officials.

Nine hundred meals were served at the coalition’s building on E. Wilson Road, and another 100 were prepared to go for the annual Community Thanksgiving Dinner.

The coalition also provided 353 home-delivered meals in partnership with the Pahrump Senior Center.