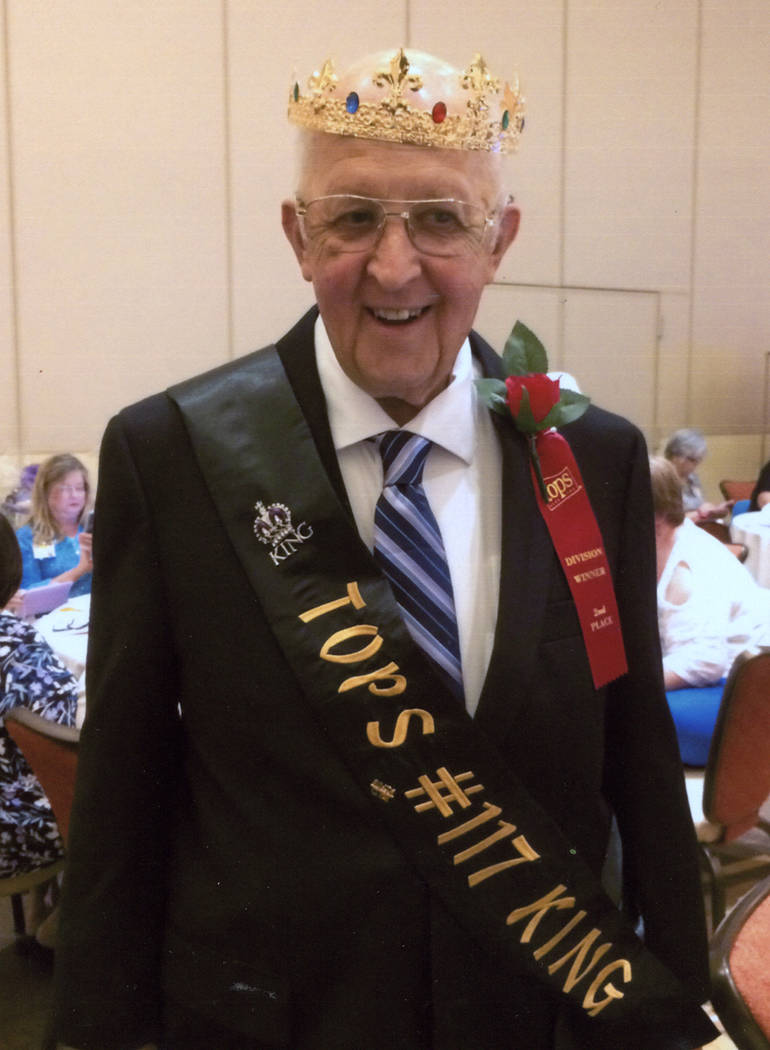 Special to the Pahrump Valley Times Joe Martin, 78, reached his goal weight by losing 42.2 pounds and being named King of Pahrump Chapter #117.

Joe Martin, 78, reached his goal weight by losing 42.2 pounds and being named the King of Pahrump Chapter #117. Joe joined the chapter on Nov. 9, 2016 and reached his goal by the end of 2017. Joe was named the Nevada State King Runner-up.

The state king title went to Martin Aune, with a total loss of 144 pounds. He will compete for the international king title to be held in Canada. The state queen title went to Sharon McDonald, with a total loss of 139.5 pounds. They are both members of Pahrump Chapter #116. The state queen runner-up was Charlene Mann of Las Vegas Chapter #180, with a loss of 56.5 pounds. Congratulations to them and all other division winners.

TOPS is a weight loss support group which meets weekly in Pahrump. Nevada Chapter #117 meets on Wednesday at the Trinity Assembly of God Church at 750 Big Five Road.