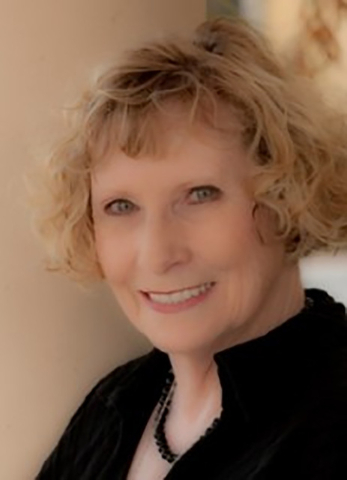 Maer Wilson will discuss and sign her latest release, "The Other Side of Phillip K. Dick: A Tale of Two Friends" on Saturday at 11:30 a.m. The book is the story of her friendship with Dick, an American writer of science fiction. Special to the Pahrump Valley Times

Science-fiction fans might want to make their way to the Pahrump Community Library on Saturday.

Local award-winning author Maer Wilson is having signing event for her new book, “The Other Side of Phillip K. Dick: A Tale of Two Friends.” from 11:30 a.m. to 1:30 p.m.

The 26-year Pahrump resident will also be the library’s featured speaker for the Friends of the Library meeting at 10:15 a.m.

The book is the story of her friendship with Dick, who was an American writer of science fiction.

“Philip is an award-winning science fiction writer and he’s the man behind ‘Blade Runner,’ ‘Total Recall,’ ‘Minority Report’ and many more,” she said. “He was super, super big in Hollywood as far as his work being made into movies.”

It took Wilson roughly two years to write her latest book, compared to the five weeks she spent writing her first.

“This one was hard to write because Phillip died in 1982,” she said. “We were very good friends and I was at his place almost every day, as well as talking on the phone with him every day.”

According to her bio, writing was not Wilson’s first calling. She began a career in acting.

She said she first met Dick in 1972 after he moved into an apartment near her Fullerton, California residence.

Though Wilson was always a voracious reader, she said it was Dick who ultimately introduced her to science fiction.

Wilson was named 2015 Fantasy Author of the Year by AuthorClassifieds.com. She has penned a total of five books, four novelettes, and several short stories. She is working on a science fiction novel, tentatively entitled, “Truthsayer.”

Wilson noted that she was inspired to become a writer while playing a popular game.

“I happened to be playing World of Warcraft and saw these names that I was going to shorten and give them nicknames,” she said. “As I was writing the nicknames I said to myself that this would be a great book and a great story. I didn’t have a clue about what I was doing and I knew nothing about the publishing industry.”

All of Wilson’s books and novelettes can be found on Amazon and other online retailers.

For additional information on the author, log on to maerwilson.com.