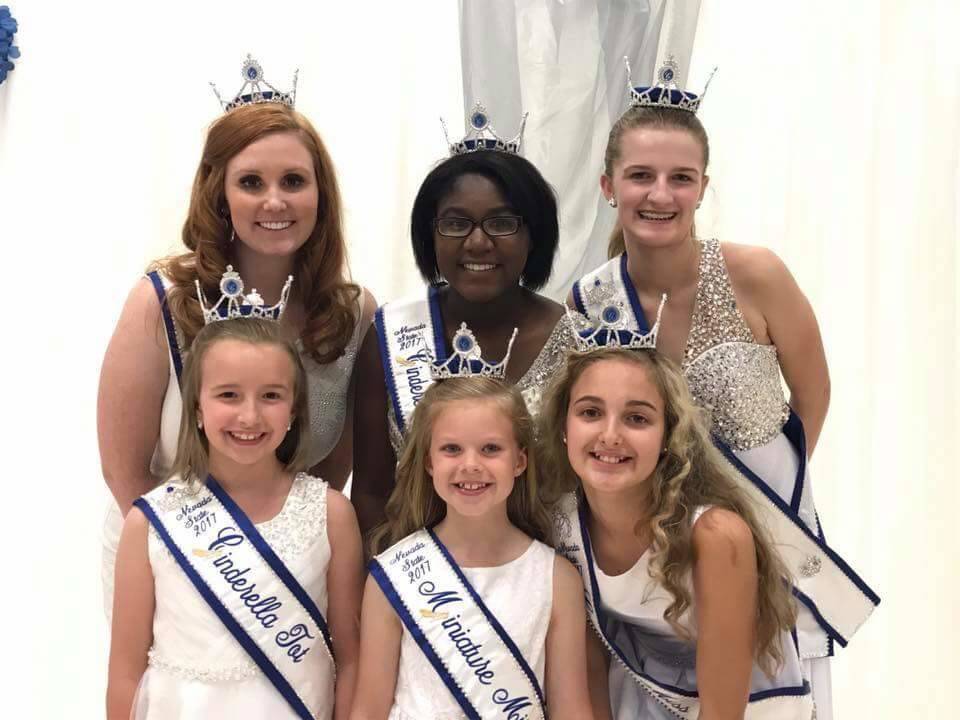 Special to the Pahrump Valley Times Several top winners, across several categories, of the Nevada Cinderella Girl Scholarship Pageant won thousands of dollars in prizes earlier this year. One of the statewide winners was Isabella Simpson, a local Pahrump resident. 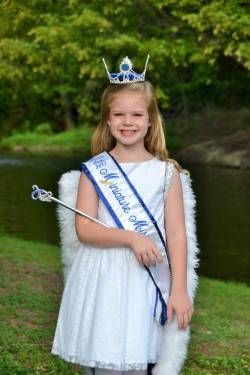 Special to the Pahrump Valley Times Isabella Simpson, local Pahrump resident, takes top prize in the miniature miss category in the Nevada Cinderella Girl Scholarship Pageant. Simpson will spend the next several months traveling throughout Nevada to special events and receive a scholarship to further her future education.

A local Pahrump girl was the winner of a statewide pageant, receiving a scholarship and the opportunity to travel across several parts of Nevada over the next several months.

Eight-year-old Isabella Simpson, from Pahrump, was named the 2017 Nevada State Miniature Miss in the Nevada Cinderella Girl Scholarship Pageant at the end of June. Simpson was one of several top winners, each from a unique division.

Simpson, a third grader at Community Christian Academy in Pahrump, won in the Miniature Miss category, which includes girls 7 to 9 years old.

Simpson will travel to parts of the state for special events until the next winner is crowned in June 2018.

Isabella’s mother, Candace Simpson, said she and her daughter are traveling to Carson City this week to participate in a parade, where they will also meet Nevada Gov. Brian Sandoval.

Isabella also won a scholarship for her future educational goals.

The Cinderella Girl Scholarship Pageant was created in 1976, defined as a youth development program, and run in the form of a pageant, according to information on Cinderella’s website. Cinderella places no emphasis on physical beauty but concentrates “on the development of poise and inner beauty,” according to its website.

Local pageants are held throughout several jurisdictions in Nevada in the early part of the year, which determines who will compete at the state level later in the year.

Candace said the local event will take place sometime at the end of February at the Pahrump Nugget Hotel and Casino. The winners of the local contests then head to the state pageant in June.

Cinderella awards over $20,000 in prizes and awards annually, according to information on its website.

The contest isn’t just about winning a scholarship or traveling around Nevada.

“What I’ve noticed the most is the communication skills that they develop and their poise in front of adults, having to speak with adults, that they normally wouldn’t get,” Candace said.

She saw a lot of these positive attributes in her daughter, she said.

The contestants range up to age 29, though the prize levels differ for entrants under 3 years of age when compared to those 3 years of age or older. There are several categories for each age range – woman: women 18-29; teens: girls 13-17; misses: girls 10-12; mini-misses: girls 7 to 9; and tots, which include girls 3 to 6 years.

Prizes vary for girls younger than 3 years old and boys to 6 years of age.

For more information on the Cinderella program, check online at cinderellanevada.com or call 702-308-4004.