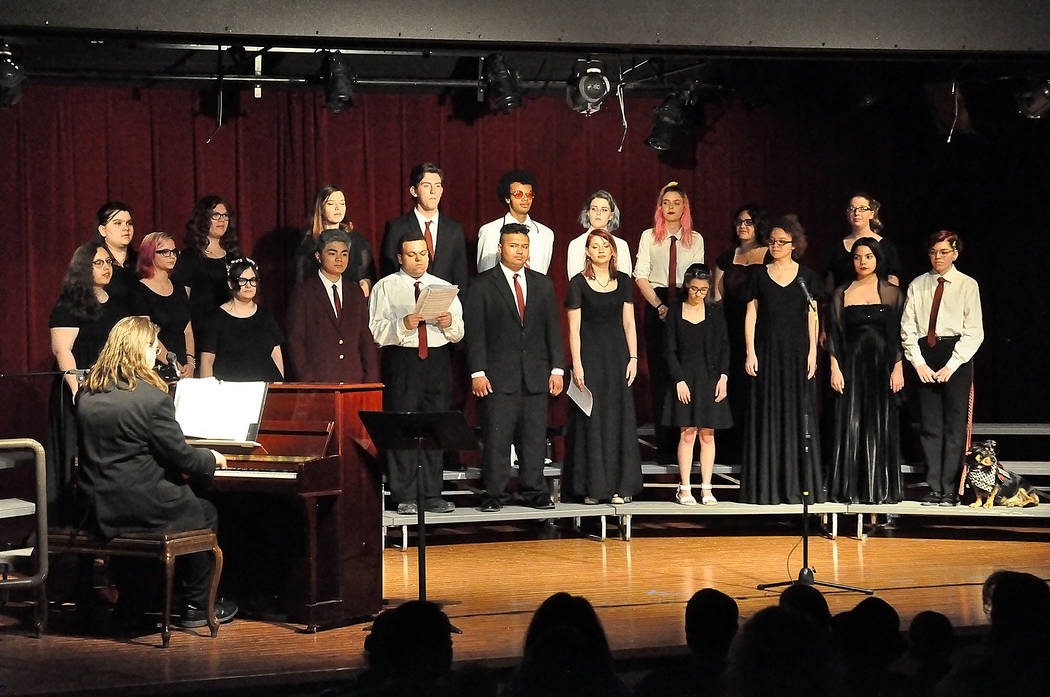 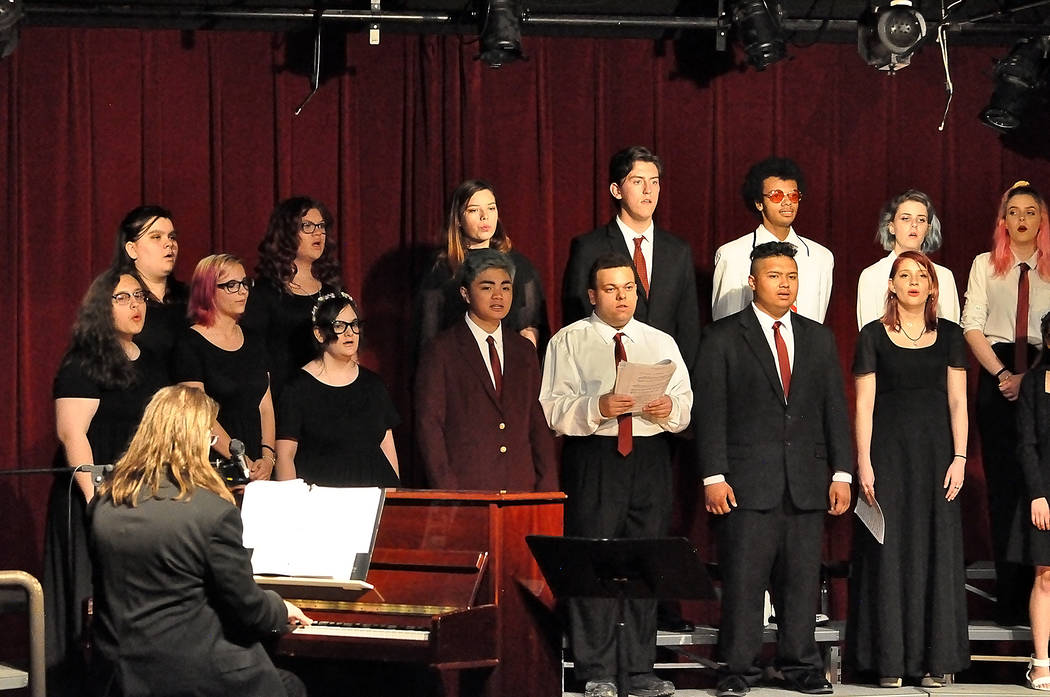 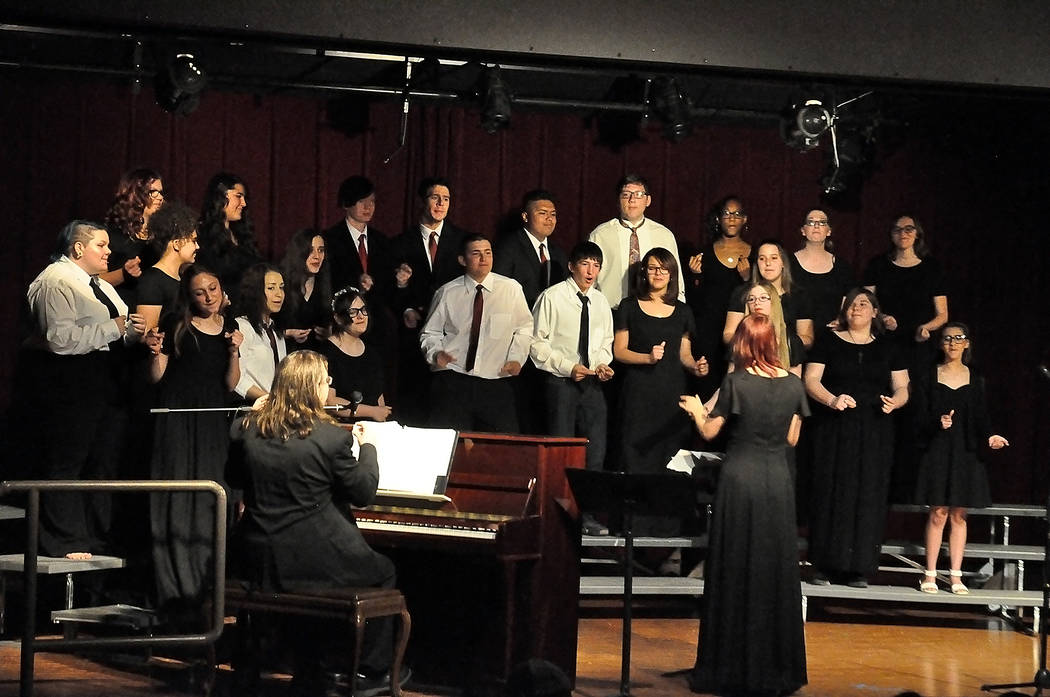 Horace Langford Jr./Special to the Pahrump Valley Times The Pahrump Valley High School Music Department held its Choral Spring Concert on March 26, 2019. Several concerts are planned for April and May, including the music department's end of the year concert: "Music from Around the World." 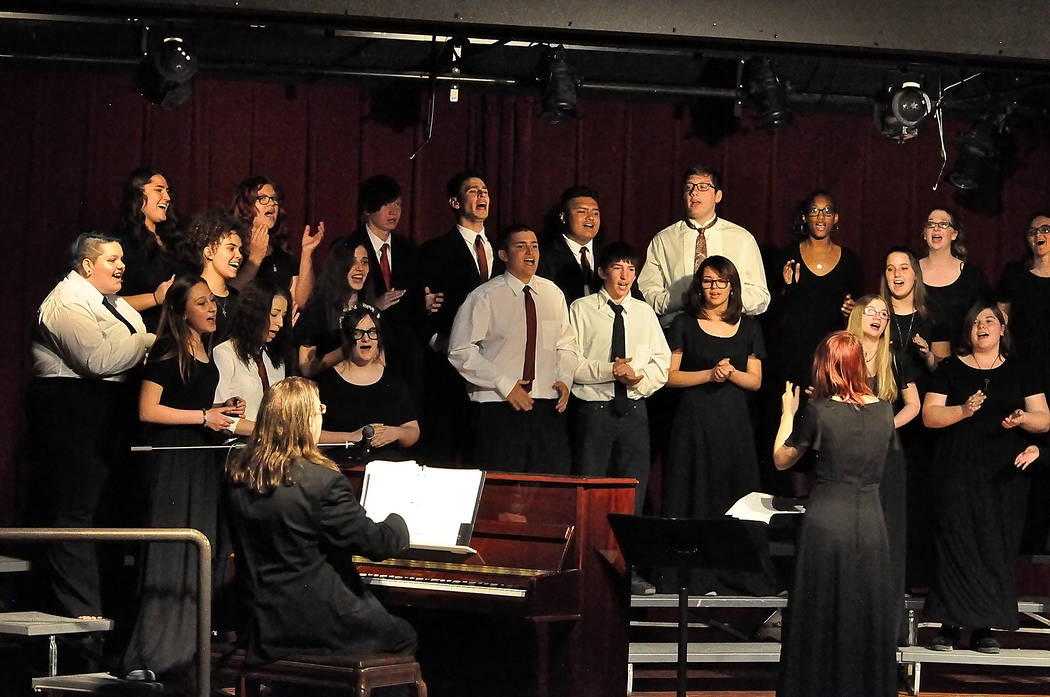 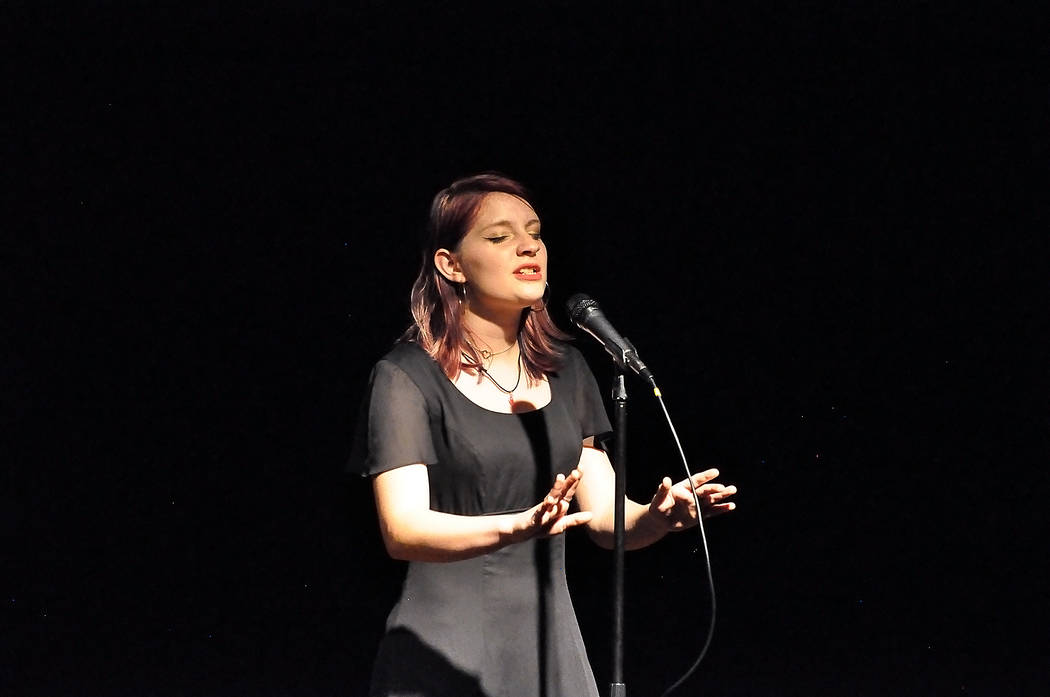 Horace Langford Jr./Pahrump Valley Times Jordan Torres performs "Somebody that I Used to Know" during the Choral Spring Concert on March 26 at Pahrump Valley High School. 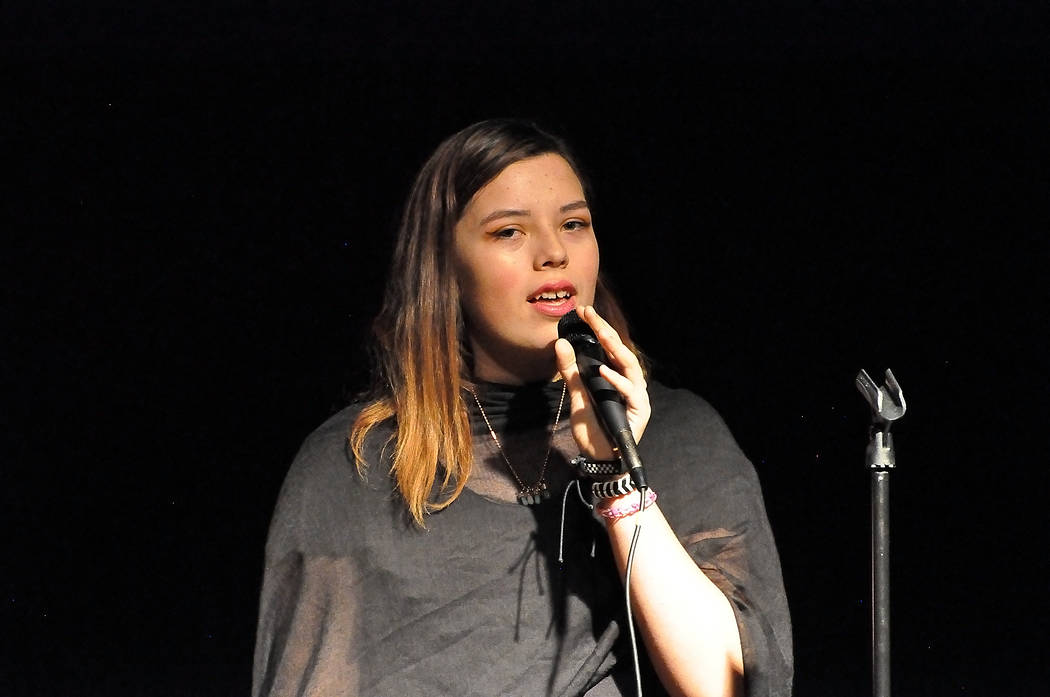 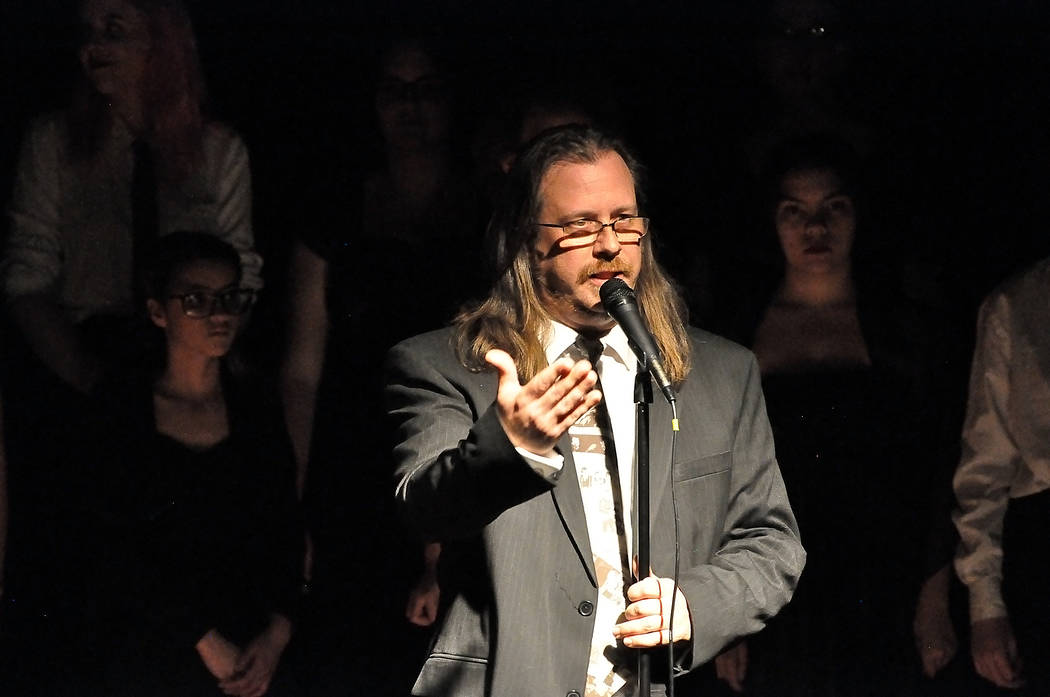 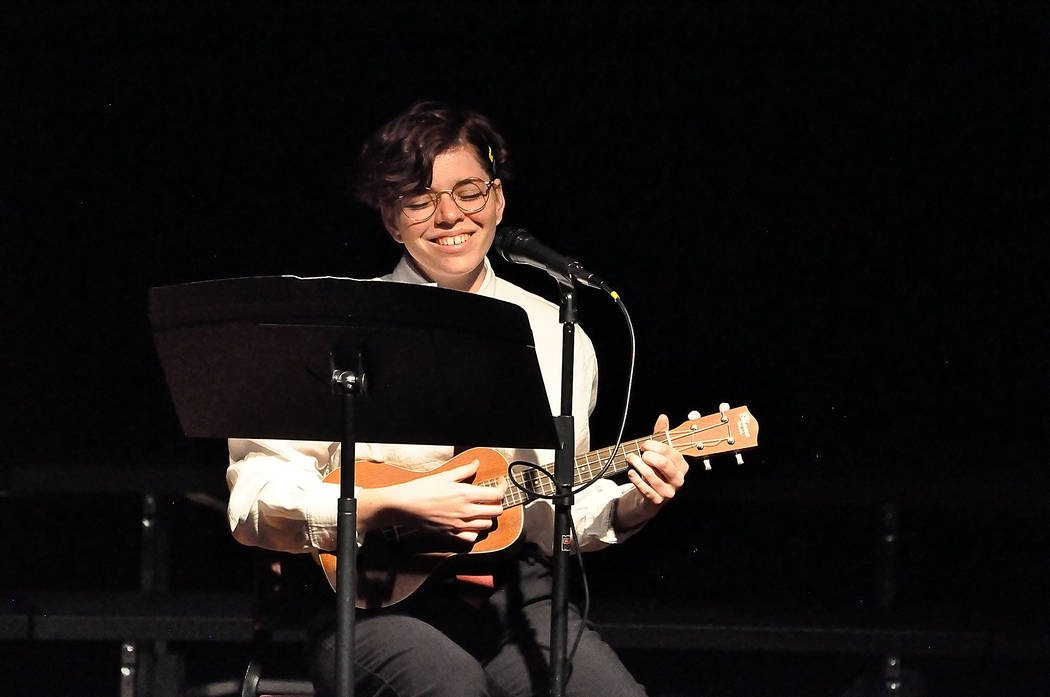 The students performed under the direction of Music Director Michael Wineski.

Students performed a variety of selections, including music made popular by the Mamas &the Papas, Journey, Queen, Eric Clapton, Billy Joel and more.

Other music from around the world was performed.

Admission to the event was $5.

Go to the Facebook page of the Pahrump Valley Times to see videos of the students performing.

Several more concerts are planned at Pahrump Valley High School in the coming weeks, according to the event program.

For more information, see the school’s website or go to bit.ly/2HXCVwy on the web.