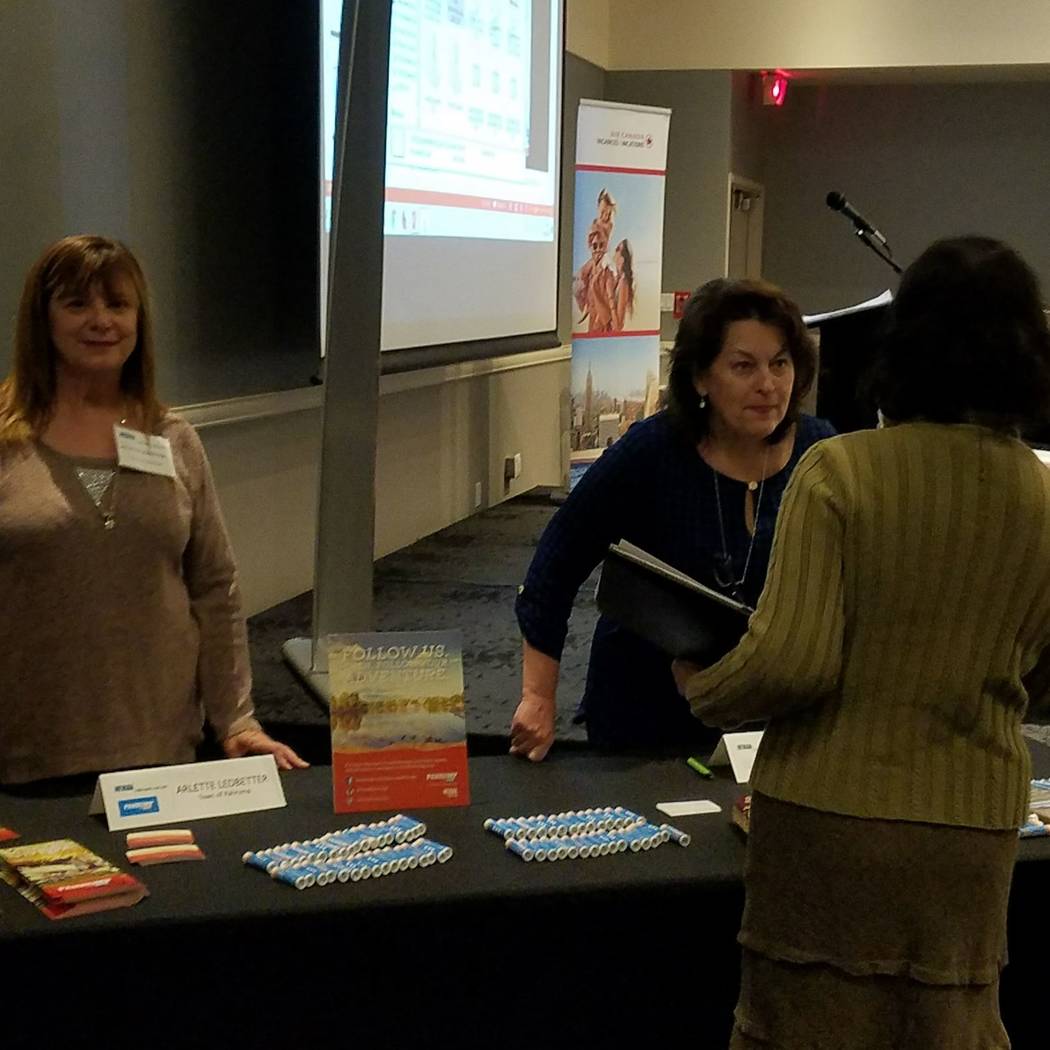 Special to the Pahrump Valley Times The town of Pahrump's tourism director Arlette Ledbetter (left) traveled to Canada, Calgary and Vancouver, on a sales mission to expand international tourism to the area in March. Ledbetter accompanied representatives from the Nevada Division of Tourism, commonly known as TravelNevada, who were also promoting other parts of Nevada during the trip. 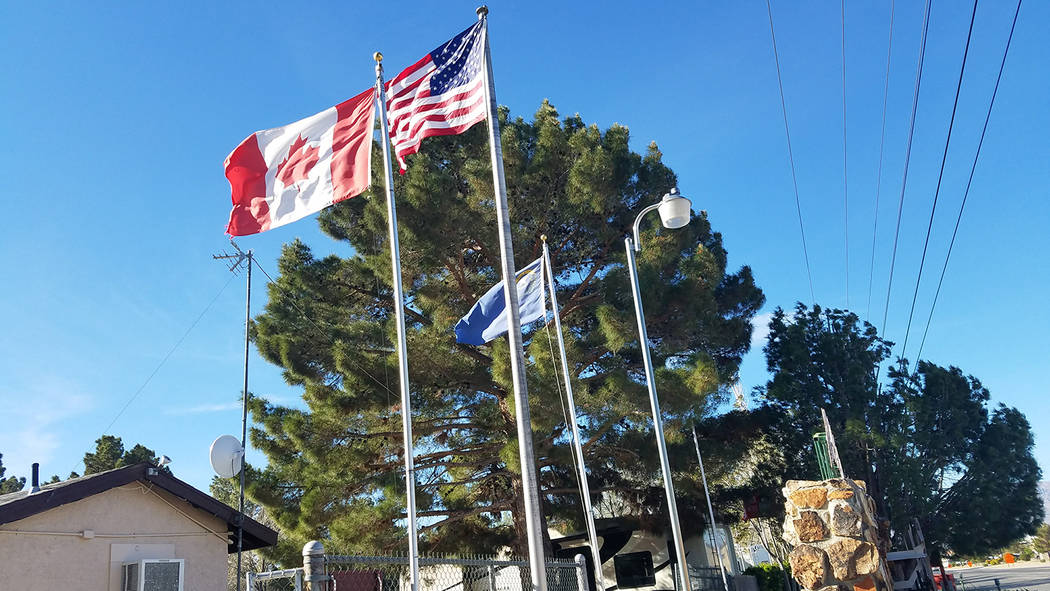 David Jacobs/Pahrump Valley Times The Canadian flag is shown flying in Pahrump in this 2017 photo. The Pahrump community is the home of residents of Canada during the winter season.

Representatives from the town of Pahrump made their way to Canada in the first half of March on a mission to attract new visitation to the local area.

The Pahrump representatives traveled alongside the Nevada Division of Tourism, commonly known as TravelNevada, in March, to Calgary and Vancouver to spread the message of what Pahrump has to offer visitors from the Canadian cities to members of the travel trade sector.

“Canada is a market that is hungry for Southern Nevada information,” said Arlette Ledbetter, the town of Pahrump’s tourism director, in an email. “This market is looking for new experiences to include with their Las Vegas itineraries.”

The number of foreign tourists staying in the Las Vegas area has stayed roughly the same over the past few years.

The Las Vegas Convention and Visitors Authority tracked foreign visitation at 19 percent of the visitors’ pool that stayed in Las Vegas in 2016.

Those numbers are not broken out by country but paint a general picture of international travel as a whole to Southern Nevada. The overall percentage of foreign travelers coming to Las Vegas has been between 16 and 19 percent of the entire visitors’ pool of travelers heading to Las Vegas, between 2012 and 2016.

TravelNevada went on the Canadian trade mission with the idea to spread information on what it refers to as the Silver Trails region, which includes Pahrump. Representatives from TravelNevada also presented information to 50 agents about other rural parts of Nevada as well.

“We are represented well by TravelNevada in every global location and by the many TravelNevada representatives,” Ledbetter said. “TravelNevada is an excellent partner for all rural communities, including our Pahrump destination.”

This isn’t the first time the town has gone on a sales mission. Ledbetter said the town of Pahrump typically goes on two to four sales missions annually.

“It is an economical way to approach the trade for any budget,” she said.

The town is planning a trip to the Vancouver area to call on consumers. Ledbetter said the town’s tourism division is planning to visit the British Columbia associations, which have expressed interest in getting more information on Pahrump and the Silver Trails area of Nevada.

“Additionally, we will follow up with the tour operators and agents,” Ledbetter said.

Canada isn’t the only target when it comes to attracting international visitors to the Pahrump area.

“All international travelers are this destinations market, but I would say it’s ever-changing,” Ledbetter said. “We have many travelers from the United Kingdom, Germany, Australia and more.”

The predominance has been the Chinese market, which TravelNevada has been instrumental in helping grow.

“Canada has always been a large portion of our RV market in regard to the snowbird business,” Ledbetter said.