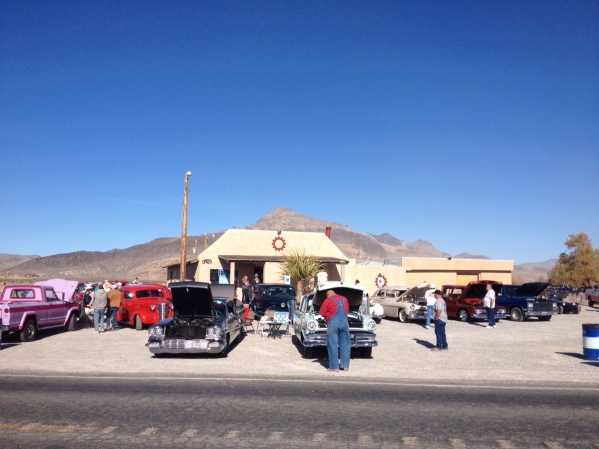 Classic car enthusiasts are set to converge on a local establishment to enjoy each other’s rides and may land a new part or two.

The Hubb Bar and Saloon, located at 3720 W. Bell Vista Ave. is starting up its monthly parts swap beginning with Saturday morning’s edition.

It’s a way for those who own older automobiles to mingle and maybe sell or buy a part needed for their own four-wheeled prized possession.

“It’s basically guys and gals who have classic cars and they are going to bring them out and have parts for sale or you can even sell your classic car if you want,” said Erin Hubbell, general manager of The Hubb. “It’s kind of a get-together for folks that enjoy classics cars to swap parts.”

The swap starts at 8 a.m. and The Hubb will have coffee available to those early birds in attendance and the kitchen will be open for those who need to get their breakfast fix.

The event has been taking place for almost a year, but took a slight hiatus over the hot summer season.

“We started this last fall and have been doing it every other month,” Hubbell said. “We took a hiatus in the scorching summer months in July and August, it just got too hot. So now we’re getting it back up and running. We’d like to do it the second Saturday of every month.”

Hubbell said that the swap draws a healthy amount of people, with around 20 to 30 people showing up for each event.

The Hubb is not looking to profit off the event, as they provide the area for free for all car enthusiasts to utilize.

“We’re just trying to create a place where people can gather,” Hubbell said. “We’re not selling the space, we’re not renting the space. It’s for the people to come out and enjoy themselves.”

The parts swap is open to classic car parts only. No other items, such as appliances, home electronics and such are permitted.

There is no pre-registration required to participate in the swap. Just show up, find a spot and set up.

Parts get sold at every event, but during the last swap before the summer hiatus a big-time buy took place.

“The last time we had the swap meet, a guy brought a car out and sold it for $30,000,” Hubbell said. “It was a roadster. I don’t have all the particulars, but I remember everyone being pretty happy for them.

“The guy wanted the car, drove to his bank and came back and bought it. We all sat here in shock for an hour, but it made for a fun day.”

With a healthy amount of retirees in town, Hubbell explained, a fair amount of them are classic car fans, making the area a great place to hold such a parts swap event.

“There’s more than you can imagine,” he said. “There’s a lot of retired people in town and a lot of them are car hobbyists, and have three-to-four classic cars in their garages. There’s a lot in Pahrump.”