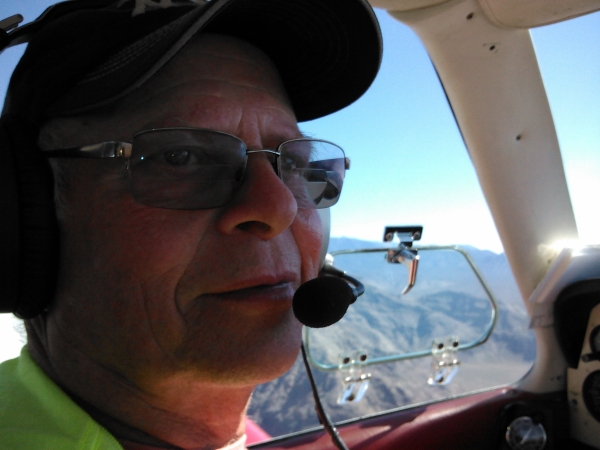 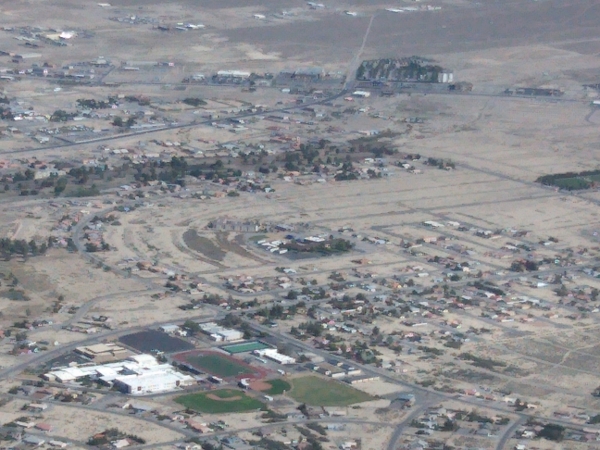 Last Saturday’s annual Young Eagles event brought more than 100 kids to the Calvada Meadows Aeropark to experience the joy of flying in an airplane.

Though the program has been active for more than 20 years in the Pahrump Valley, it was local pilot Warren Erickson’s first time taking part, which he thoroughly enjoyed.

Erickson’s experience dates back to 1965 when he first acquired his pilot’s license.

He said his interest in flying came about while his brother was serving in the military.

He actually bought his first plane before getting his license.

“We bought our first airplane in 1964 and we learned to fly it and by 1965 I had my private pilot’s license,” he said. “We took all of the tests together and did all the flying together and were able to get our license at about the same time. From then on, we had several different airplanes together.”

Roughly 10 years ago, Erickson moved to the Pahrump Valley from Washington state.

He found a home in the Mountain Falls community after looking all over the southwest.

He was also fortunate to find a place to house his plane.

“I finally ended up in Pahrump where I found a lot that I liked,” he said. “I found a hanger and I bought that. I had a partnership with another person and he was killed in an airplane crash.”

Erickson said there are more than 20 pilots who live in the valley, some of which he knows personally.

“At the airport, almost all of the hangers are owned by various people,” he said. “I don’t know all of them, but the ones that I do know have pilot’s licenses and some of them have their airplanes in the hangar here.”

One thing Erickson wants to do is encourage others to consider a career in aviation.

He said anyone at just about any age can become a pilot, if they pass all of the requirements necessary for obtaining a pilot’s license.

“You can learn at any age as long as you’re healthy and you can pass the medical aspect that the FAA requires and you’re ready to learn to fly,” he said. “You just have to go out and find out. You can either rent an airplane or if you’re real serious about it, buy an airplane and find an instructor to teach you to fly it.”

It wasn’t very difficult to spur enthusiasm among those who flew with Erickson last Saturday.

He noted while some of the younger kids weren’t very talkative, they were mesmerized by the flight.

Others, he noted, had plenty of questions for Erickson while aloft.

“They were trying to figure out what they wanted to do in life,” he said. “One of them wanted to go into the military and become a mechanic and then another one wanted to learn to fly airplanes.”

Erickson said there was one ‘big kid’ who had a huge interest in becoming a pilot.

Both flew to Jean after the event for fuel where the would-be pilot expressed great interest in aviation.

“I ended up with one of their parents who really wants to learn to fly,” he said. “I gave him a ride afterward. I had to go down and get some fuel for the airplane and he just tagged along with me. They are looking to buy an airplane right now, so I think we really inspired some people.”

As a retiree, Erickson said he tries to fly at least once a day, but there are times where he can’t take to the skies, due to other commitments.

“I try to fly almost every day if I can, but sometimes I miss a day here and there,” he said. “I try to get up there pretty regularly. I just love flying and I try not to miss a day.”

There are times, however, when Mother Nature can put a damper on Erickson’s flying time.

“I wouldn’t take off on a day if it was just pouring down rain and with the visibility down,” he said. “On a clear day, if it’s windy we will climb up to altitude and it would actually start cooling down up there. The other thing that happens is, you get above the turbulence at a certain level and it moves out so you can go where you want to go. It all requires planning so I always watch the weather pretty closely before I decide I’m going to fly someplace, especially if it’s long distance.”

There have been times where people have requested flying charter.

Erickson didn’t need to fly last Saturday, but did so at the request of organizers.

He took about 14 kids up on Saturday.

“They told me they weren’t sure about how many airplanes were going to come and I knew that I had the Bonanza here and I knew that I could fly several kids at once,” he said. “I figured Saturday was a good day to try it because I like everyone here and I like the people in Pahrump so I thought it would be a good time to introduce myself to some of these folks and their kids.”

“It depends on whether I have the airplane here because I do use it for transportation back and forth to the northwest and sometimes I leave it up there for a while and fly the other one that I have,” he said.

Erickson was referring to his plane, a Bonanza 766 T, which he considers the “Cadillac” of planes of that size.

“The Bonanza is one of the most well-built airplanes ever designed,” he said. “It’s probably going out of style now because there’s a lot of new technology going into these newer airplanes.”