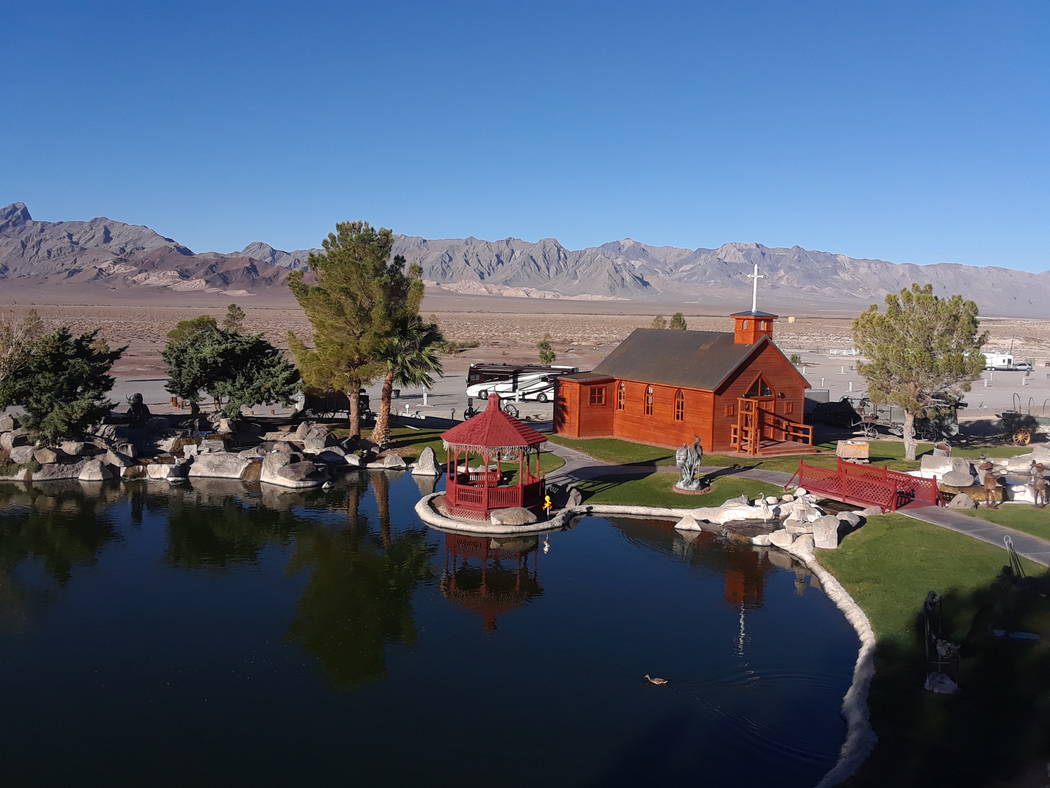 Special to the Pahrump Valley Times The new chapel to be used for weddings and other ceremonies sits along the pond area at the Longstreet Inn Casino & RV Resort in Amargosa Valley. The chapel is a replica of a 19th century Catholic church constructed in Belmont, Nevada and later moved to Manhattan. 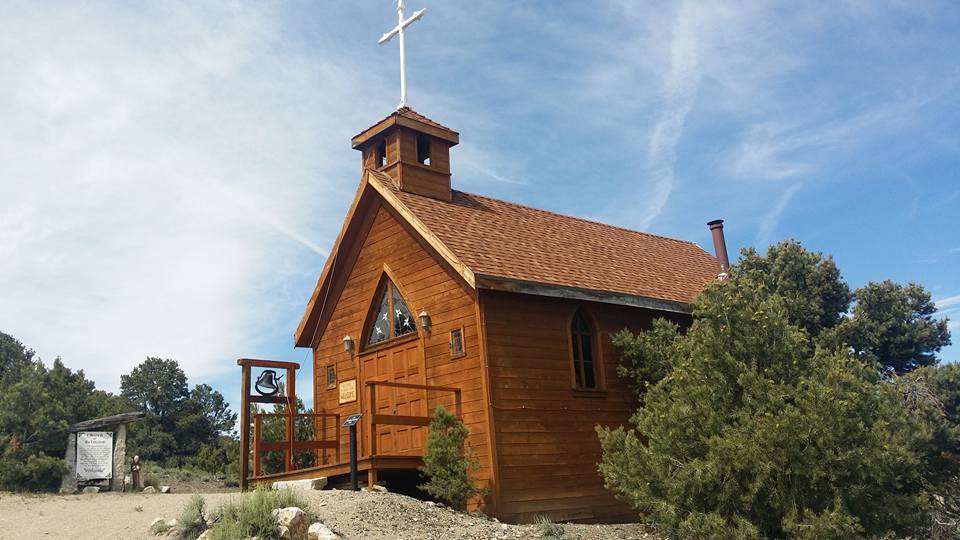 David Jacobs/Pahrump Valley Times Pictured is the Church of Belmont, a replica of the original Catholic church in Belmont. The original church was moved to Manhattan. 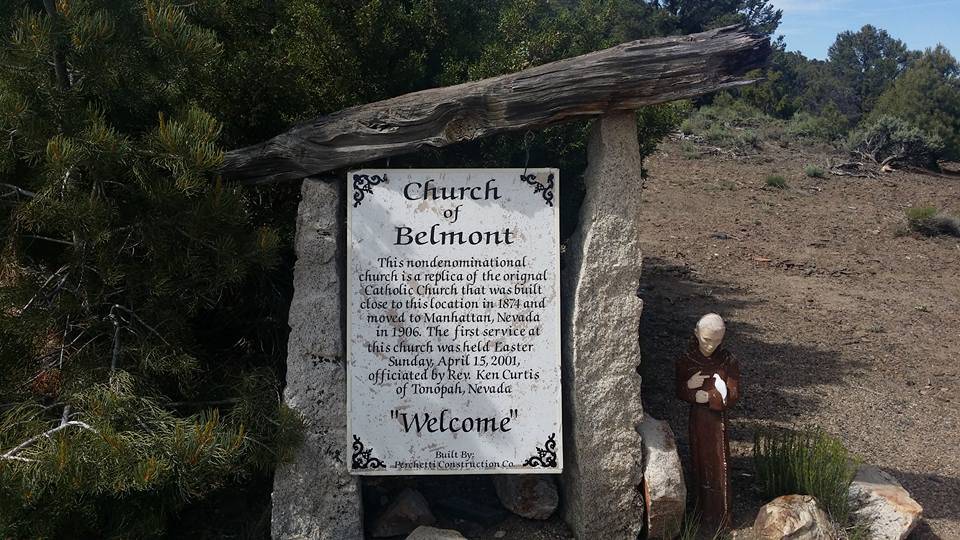 David Jacobs/Pahrump Valley Times A plaque sits adjacent to a nondenominational church in Belmont, Nevada. The current church, which had its first service in 2001, is a replica of a Catholic church built in the 19th century, which was later moved to Manhattan. 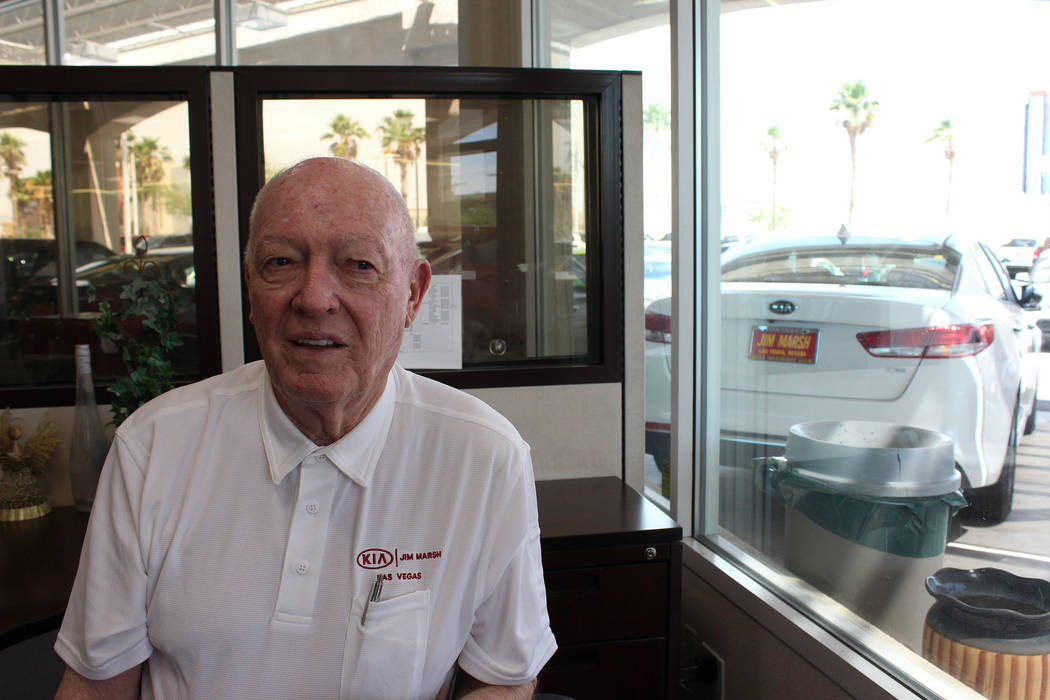 Jeffrey Meehan/Special to the Pahrump ValleyTimes Jim Marsh hosted a dedication ceremony at its new chapel on Oct. 28, 2018. 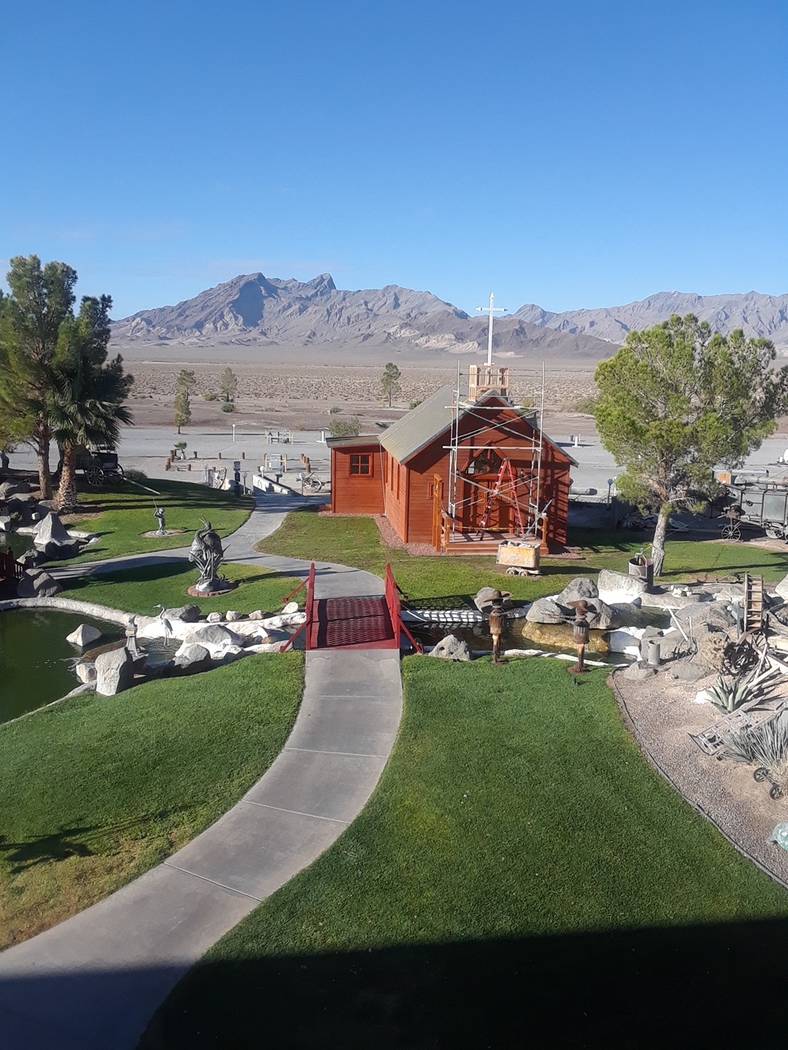 Special to the Pahrump Valley Tmes The Longstreet Inn Casino & RV Resort in Amargosa Valley opened a new wedding chapel in 2018. The casino-hotel at 4400 S. Highway 373 held a dedication ceremony on Oct. 28, 2018.

The owner of a rural Nevada hotel-casino in Amargosa Valley finished a project to host weddings and other ceremonies and bring a piece of state history to the area.

The Longstreet Inn Casino &RV Resort, at 4400 S. Highway 373 in Amargosa Valley, owned by Jim Marsh, put the finishing touches on a replica 19th-century Catholic church that was initially built in Belmont, Nevada in 1874 and later moved to Manhattan. The replica structure now holds several types of events, including weddings and other affairs.

“Our Chapel at Longstreet will be available for wedding ceremonies, baby christenings, memorials and church services for the residents of Nye County and guests of the Longstreet Inn and Casino,” said Curt Thompson, general manager of the Longstreet Inn, just before a dedication ceremony for the casino’s new addition.

The Longstreet is one of several properties in Nye County that are owned by Jim Marsh. Marsh also owns the Tonopah Station, Bug Bar and Banc Club in Tonopah. He also holds other properties throughout the state.

The dedication ceremony on Oct. 28, 2018 was followed by a non-denominational church service.

Marsh was joined by over two dozen people from Amargosa Valley and areas beyond at his Longstreet Inn Casino &RV Resort at 4400 S. Highway 373 to celebrate the property’s newest addition.

The chapel is a replica of a Catholic church that was built in 1874 in Belmont, then the county seat of Nye County during a mining boom in the area. In 1906, the structure was moved to Manhattan, Nevada, as mining interests had shifted toward that area; the church stands there today.

Marsh, on the steps of his new chapel and re-creation of this church, talked about the history of the structure and his other initiatives to bring the chapel to life at Longstreet before the crowd was led into the church for a service led by Sherry Donegan of the Church of Amargosa on Oct. 28, 2018.

The chapel was Marsh’s first move to bring the Catholic church to life in Nye County.

Marsh is also responsible for bringing what is known as the Church of Belmont to fruition in northern Nye County.

That church, also a replica of the 19th-century Catholic church, came together in the early 2000s. He used specs from the original structure in Manhattan to produce the now two replicas.

The church in Belmont had its first service in 2001 on Easter Sunday, which was officiated by Rev. Ken Curtis of Tonopah, according to information at the Belmont site.

“It’s been a real addition in the community, and I hope to do the same thing for Amargosa Valley,” Marsh said in a 2018 interview with a reporter from the Pahrump Valley Times.

The specifications are from the original structure, but Marsh said he also did modernize the Chapel at Longstreet by adding such attributes as heating and cooling in the building.

During the presentation of the chapel in October 2018, Donegan blessed the chapel before entering the structure with those interested in attending the first church service to be held at the location.

Donegan stood in front of the filled pews during the sermon with her back toward the Funeral Mountains to the west.

The chapel sits on the back side of the Longstreet, close to a large pond and waterfall at the property. Longstreet also sits near Death Valley National Park and Ash Meadows National Refuge.

Donegan was just recently licensed as a wedding officiator and conducted her first wedding at the chapel in October, which was also the first wedding to be held at the new chapel as well, Donegan said in October 2018.

The addition of the chapel in Amargosa Valley adds to the many antiques housed at the property. Marsh has been building his collection for years with several pieces at Longstreet, including an antique piano and a combine, both from the early 20th century, along with a list of other items.

The items have been well received by visitors to the property in the past.

Curt Thompson, general manager at the Longstreet Inn, said in October 2018 that the antique pieces are photographed quite frequently by the hotel-casino’s European clientele who don’t often get to see such things in their home region.

Other development could also come to the region.

In October 2018, Thompson said negotiations were in process with fuel companies to try and get a gas station built in front of the Longstreet. The closest station is 17 miles away from the hotel-casino, he said.

Those interested in booking their ceremony at the Longstreet’s chapel should plan to spend $150 for the daily rental fee.

Reservations and payments can be done through the Longstreet’s front desk; tours of the chapel are provided, said Thompson.

The Longstreet allows those who book the space to bring their own officiants. The Longstreet’s Colorado Room is also available as a space for a reception. Cost depends on the guest’s requirements, Thompson said in an October 2018 interview with a reporter from the Pahrump Valley Times.

“We will allow them to bring in their food and will charge a rental for setup, or we can prepare catered banquets for up to 120 people,” he said during the interview.