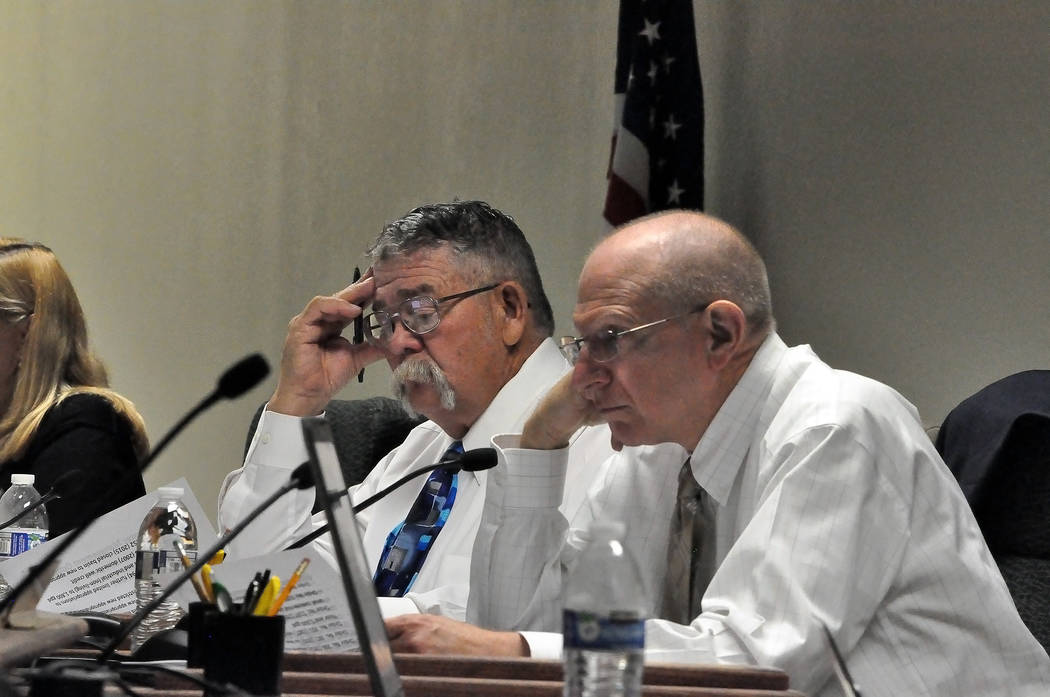 As the bill seeking to repeal the Nye County Water District continues its way through the Nevada Legislature, opponents of the measure make their case against it.

At the March 14 meeting, the Round Mountain Town Board voted to oppose the bill, arguing that it’s primarily focused on the Basin 162 that covers Pahrump.

“The unreasonable demands of a few should never be placed over the critical needs of the rest of the county,” James Swigar, chairman of the Round Mountain Town Board said in a letter.

Swigar also said that the board “doesn’t believe” Nye County commissioners or any other member of the county staff “has time or ability to fulfill the mission of the Nye County Water District.”

The Beatty Town Advisory Board on March 13 voted to send a letter opposing the passage of Senate Bill 21 to the Nevada State Legislature.

“It is the opinion of the Beatty Town Advisory Board and the community it represents that the Nye County Water District is an entity that is necessary to address the current and future water issues, system development, and to ensure the quality and quantity of water for all residents of Nye County,” Dick Gardner, chair of the Beatty Town Advisory Board, said in a letter.

Rob Shirley, the manager of the Beatty Water and Sanitation District, also said he was opposed to the abolishment of the water district.

Nye County commissioners, who would be responsible for handling the board’s responsibilities, “do not have the level of expertise that the Nye County Water District members do,” the letter said.

The town of Tonopah in its March 9 letter to the Nevada State Assembly Government Affairs Committee said that “not a single governing board in Nye County” was consulted prior to the submission of the bill draft request, “nor were we advised concerning the county’s plan for continued water resource planning and management.”

“It is alarming to us that the Board of County Commissioners would allow a small group of unhappy individuals in one 300-square mile community to force the elimination of a water district designed to provide, protect and preserve the water resources for an entire 18,000-square mile county,” Duane Downing, chairman of the Tonopah Town Board said.

The letter also echoes others stating that the board doesn’t believe “Nye County Planning, or any other member of Nye County staff, has the ability to fulfill the mission of the Nye County Water District.”

“We believe the citizens of Tonopah and every other community in Nye County should also be consulted for their opinions,” Downing said in the letter. “The elimination of this district and its board with no strategy in place for continued water resource planning and management could have devastating consequences.”

Nye County did not issue a statement on the bill this week. In 2016, county commissioners approved the bill draft request that aimed to do away with the water district.