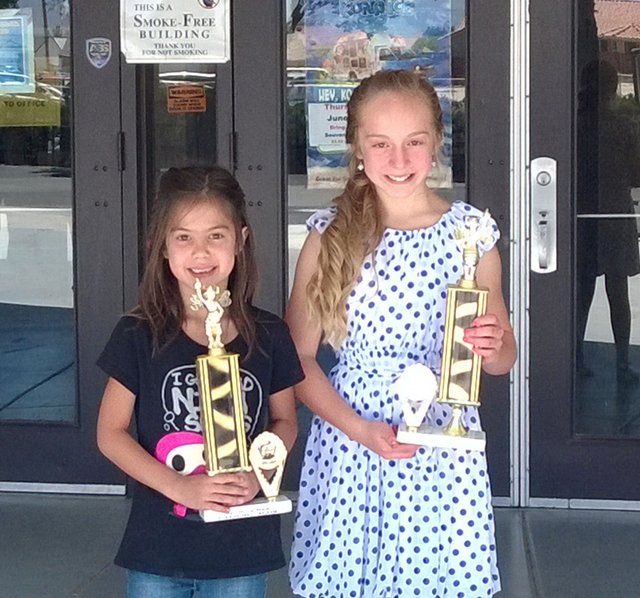 Principal Jeff Skelton said this week that this is the second year Pahrump elementary schools have held a school spelling bee as well as a town spelling bee where each class sent two representatives to the town-level competition.

He noted that he and a former J.G. Johnson teacher came up with the idea.

“Two years ago, myself and Robert Schoenhofen, who is now at Hafen, decided on something our town could use. Next year we are going to do it a little bit sooner so we can hopefully compete at the state and maybe the national level,” he said.

The first level of competition was the primary grade (K-2), while the second level was the upper level grade (3-5).

Each school had the first and second place winner from each grade level spelling bee in the competition.

On J.G. Johnson’s success, Skelton chose to give credit where credit was due, following the competition.

“The teachers, students and the parents worked really hard at studying for this so they are the ones who deserve credit. The students were really great spellers and probably a little better than what I could have done,” the principal said.

Both Metcalf and Carle earned trophies for their performance.

All participating students who deserve honorable mention are as follows with grade level after their respective names.