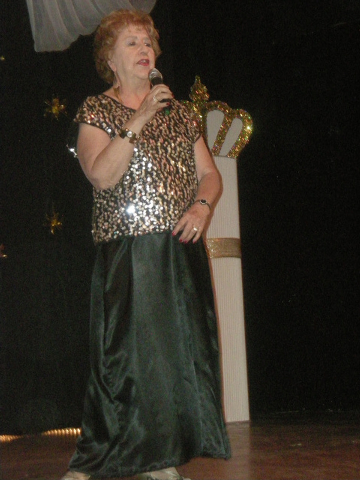 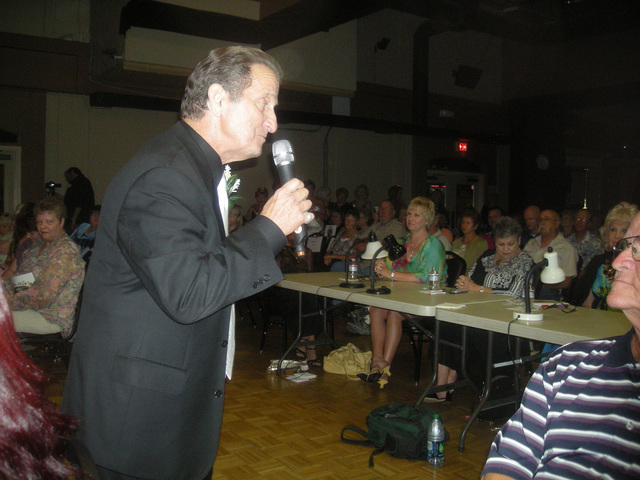 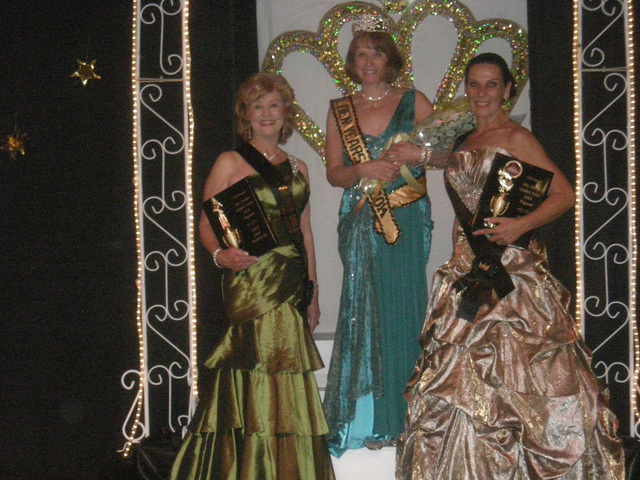 The first runner-up was Linda Groover, a real estate broker and ventriloquist who entertains with her dummy “Angel.” Virginia Kelly-Vignato, who related her experiences finding clothing for poor children as a Long Island, N.Y. school crossing guard, finished as second runner-up.

Stell also won the award for best platform, in a contest which featured seven women involved in worthwhile projects.

“My community project is to provide new packages of underwear, socks and T-shirts for our homeless veterans that are living in our parks, abandoned buildings, on our hill sides and in our deserts. These men and women served our country and they protected our freedom. It is our turn to help them. We all owe them. I will have some convenient drop-off locations for these items or I will personally pick them up. This will happen two times during the year then the clothing will be given directly to the veteran who needs it. I have named this project ‘Operation Unmentionables,” Stell said.

For her talent competition she danced to the song, “Orange-Colored Sky” by Natalie Cole.

Donna Dulaney, who won for best bathing suit, said she survived breast cancer three times over the past 25 years, she hopes to start a support group at the Cancer Victims Thrift Store. Groover uses her ventriloquism in a speech therapy program with cleft palate children and teaches it at her church.

Phyliss Deal won the Miss Congeniality award, in voting by the contestants themselves and best evening gown competition. A Rotarian, she works with the Angel Tree program, which gives presents and Christmas parties to poor children, she is also a bass player in a band that performs at senior centers and nursing homes. Diane Lindsey won the prize for best interview, her platform was the widow support group she started after her husband died in 2010 just after their 50th wedding anniversary.

Lupe Evangelisti, who won the talent competition singing the Bing Crosby hit “You Belong To My Heart,” talked about her brothel ministry titled, “House of the Rising Sun,” visiting brothels monthly to deliver roses and if requested, inspirational material.

“We don’t go there to judge, or condemn, only to love them. We have established ourselves as trustworthy, kind and most important, loving. The rewards for me have been endless,” Evangelisti said.

The outgoing 2013 Ms. Senior Golden Years, Karen Potts, entertained with her operatic voice singing “Memories” and to open the pageant, “God Bless America.” Potts said at 73, she is engaged. She thanked pageant director B.J. Hetrick-Irwin, the pageant board, the Nevada Silver Tappers and the queen’s court consisting of former contestants.

“Through our combined efforts as the ambassadors of Pahrump, Nevada we have met so many wonderful people in this community which has enhanced our lives tremendously. We’ve made appearances throughout the state with parades, grand openings, performing at the governor’s mansion, nursing homes, hospitals, just to name a few,” Potts said in her farewell speech.

The pageant is open to women 60 years and older who, in the words of the pageant, “have achieved the age of elegance.”