BEATTY – Approximately 220 freshmen and sophomores from Nye County high schools descended on the Beatty Community Center on Thursday for a college and career fair presented by Nevada Gear Up.

The students came from Pahrump, Beatty, Tonopah and Gabbs.

During the four-hour event, students were able to visit with representatives from nine colleges and 28 companies and organizations to learn about higher education and career possibilities. Nye County Schools Superintendent Dale Norton said he would tell them some things about their school district that they or their parents might not know.

“Nye County School District is geographically the largest school district in the United States,” said Norton. “It covers 18,000 square miles and buses carry our students over a million miles a year taking students to and from school.”

The superintendent then took a selfie for his Twitter account with the audience behind him before introducing Mark Robinson, a magician and motivational speaker from Atlanta, Georgia. Of course, several students had to seize the opportunity for a photo bomb.

Robinson also advised students to “enjoy the ride” of life, not to wait for events far in the future to enjoy it.

Lisa Hamrick, the Gear Up representative for Pahrump Valley High, said that Gear Up provides the students with tutoring, counseling, field trips and activities to encourage them to graduate from high school and to develop plans for what they will do after graduation, whether it be college, trade school, military service, or other worthwhile goals.

When asked, students said they enjoyed the opportunity to find out about college and career opportunities, but they also seemed to have a good time. There was usually a group of admirers gathered around a Corvette from Ron Fellows Performance Driving School.

Asked for a highlight of the event, PVHS student Pamela Lyke quipped, “The mustaches were free,” referring to paper Rebel mustaches on sticks given out by a UNLV representative. When her friends thought she should have said something more serious, she responded, “It’s called a sense of humor. Get one!” 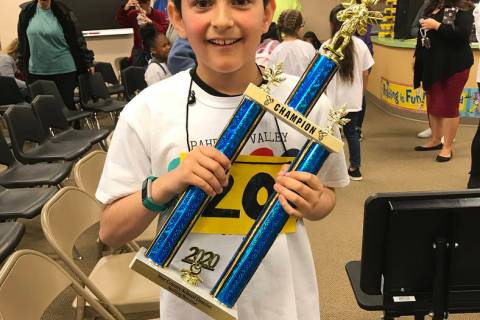 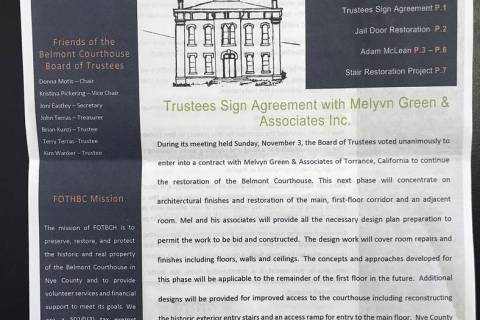