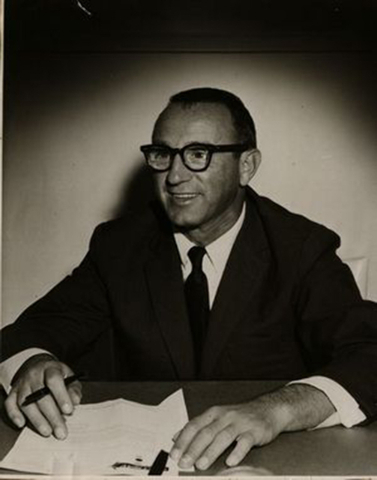 Editor’s Note: This is the second in what the Times plans to be a monthly article on the people who helped make modern Pahrump and its social history.

Many people in Pahrump live on paved streets with streetlights and water hydrants like any other city across the United States. However if you look down the street both ways many Pahrumpians can say there are lots of empty spaces/lots on their street, block and within their neighborhood.

This writer wishes to point to some of the many reasons this still exists today.

Calvada as a homesite covers a large part of the valley. The property starts at Highway 372 and extends west and southward. In 1970 Preferred Equities hit Pahrump like a tornado. Leonard Rosen and his family corporation, Preferred Equities, purchased the remaining 10,000 acres of the land of Pahrump Ranch from Walt Williams for $3.5 million.

This corporation was not a novice to land development. They were comprised of a family type venture that had learned the skills necessary to promote, sell and profit from almost everything they touched, including swampland.

The Rosen family came to America in the early 1900s from Russia. This Jewish family hit the ground to basic survival and prosperity in Baltimore. They became modern entrepreneurs. The brothers, Jack and Leonard, banded together in many enterprises. Almost every venture made them millionaires in the 1960s, according to Leonard. Their training backgrounds came from appliance, advertising and cosmetics businesses. They sold vitamins and cosmetics on TV and made money.

Eventually they sold these companies and made even more money. This money is what they used to finance their Pahrump adventure into land development. How did the Rosens from Baltimore, know of Pahrump?

Leonard Rosen and his wife Fannie were on vacation in the western part of the U.S. They arrived in Las Vegas and really liked the area. They hired a plane and flew over the Pahrump Valley and Leonard was hooked.

Shortly thereafter he and his wife, who was pregnant at the time, toured all around the Pahrump Valley by car. The wheels were turning in Leonard’s brain. When this child was born they named her Sandy. Sound familiar? Sandy Valley. They did not continue to the west coast but returned to start the foundation of Preferred Equities and to buy up Pahrump land.

The Rosen brothers had already spent much of their lives forming, building large conglomerate land deals and selling them and restarting the whole process over. They had dealings in almost all areas of the U.S., but not without many legal issues or negative publicity. This they controlled as much as possible.

Their expertise came from finagling, organization, almost flagrant ignoring the rules, promotional expertise and almost lying. Business colleagues stopped short of praise but thought their ideas were innovative and progressive

Somehow, no matter what the outcome of a project, they seemed to stay one step ahead of the negativity. Perhaps that is one reason they developed not in same areas of the country, but with far distances in between. This was before the instant information era after all.

Some of the things that they used to insure the success of their projects was television, the printed periodicals and any mass media they could tap into for publicity. They would advertise their land for almost nothing down and long terms.

They would advertise in the “Army Times” to sell cheap land and then fly the people to Pahrump to see their property. With servicemen they could make a monthly allotment to have the property payments taken automatically and paid every month.

In Pahrump, they had a very nice facility built, complete with the duck pond, a nice restaurant with bar and offices. Paved streets and fire hydrants all over the valley. Just not all. Even today this is a town joke. How many fire hydrants were never connected to water? Just a sales tool.

People who flocked to Las Vegas would make the trip over the hump into Pahrump. Mid-westerners, East Coast people, people from the South, Canadians, Europeans; they all came to see the cheap land in Pahrump. Some bought one lot, many bought multiples. There are stories of people buying for family vacation places, retirement space, relocation space to excape their lifestyles or inclement weather.

Today when you look down the block remember to fast-forward your memories to 46 years forward. Many people who bought these Calvada lots for their own personal reasons are since deceased and the properties have been passed through their wills to others. Some who are still alive have now paid more in taxes than they did for the original purchase price.

Many people lost interest because as many reasons as you can begin to number, like aging conditions, lack of money, changed their minds, or just lost interest. Yet many still keep paying taxes. People who do not live in the U.S. have similar stories attached to their land in Pahrump. One thing for sure, this writer believes is that there will continue to be lots of lots for sale in Pahrump related to these aforementioned conditions.

There are old sayings related to death and taxes that apparently has a direct affect on the neighboorhoods and streets of Pahrump and Calvada. Only time will tell if these conditions ever change the face of this valley into a fully-built community or town.

Constance Wright is on the Pahrump Valley Museum Board of Directors where she serves as research, creative development and funding chair.