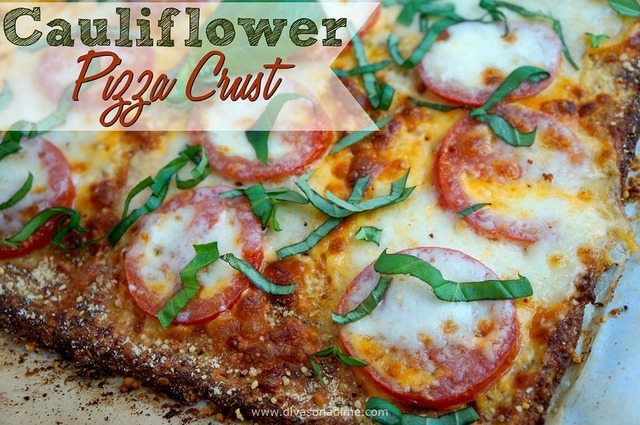 Cauliflower is having her moment in the sun as the current “it” vegetable. Unassuming cauliflower is being featured all over the hottest restaurants’ menus as it’s transformed into appetizers, soups, salads and even served as an entrée.

Wonder what all the fuss is about? Lemme tell you.

Cauliflower, a cruciferous vegetable, is in the same family as broccoli, cabbage and collards. One serving of cauliflower contains 77 percent of the daily recommended value of vitamin C. It’s also a great source of vitamin K, protein, fiber, thiamin, riboflavin, niacin, magnesium, vitamin B6, and potassium. It’s an anti-inflammatory, has cancer-fighting properties and is certainly a super-food.

With all those health benefits, the versatile cauliflower is sneaking into all kinds of low carb, paleo, gluten-free, and low-glycemic index dishes. It’s slinking in, replacing potatoes and even bread, pasta and rice.

But the biggest reason is because it’s delicious! Here are some favorite ways to serve cauliflower.

Cauliflower Rice– Coarsely grate or process raw cauliflower in a food processor until it has the consistency of grains of rice. Heat 1 tablespoon olive oil in a large pan and sauté riced cauliflower about 5 minutes or until softened. Or you can bake riced cauliflower in the oven at 425° for 20 minutes, stirring once during cooking. Add salt, pepper and your choice of seasonings and serve as you would rice.

Fauxtaytoes – This delicious mash subs for potatoes. Steam one head of fresh cauliflower florets until soft. Drain very well. The secret to good fauxtaytoes is getting the cauliflower quite dry. Mash the cooked cauliflower with 4 ounces cream cheese and season with salt and pepper to taste. Now bring on the gravy.

Preheat oven to 375 degrees. Separate cauliflower into florets and place in food processor. Process until it has a consistency similar to rice. Place in an baking dish and bake for 20 minutes. Set aside until cool enough to touch. Put it in a tea towel (not terrycloth) and wring most of the moisture out.

Increase the oven temperature to 425 degrees. Place the cauliflower into a mixing bowl and add the rest of the crust ingredients. Stir to combine. Transfer the mixture to a baking sheet lined with parchment.

Use your hands and a spatula to flatten the dough into a rectangle approximately ¼ inch thick. Bake for 20 minutes. Remove from the oven and add your choice of toppings and broil to heat through and brown.

So, how are you going to transform cauliflower? No more stinky, boiled, mushy, bland mess. Okay? Don’t make me come to your house and stop you, because I will.

Fabulous Food contributed by Patti Diamond from Divas On A Dime – Where Frugal, Meets Fabulous! www.divasonadime.com