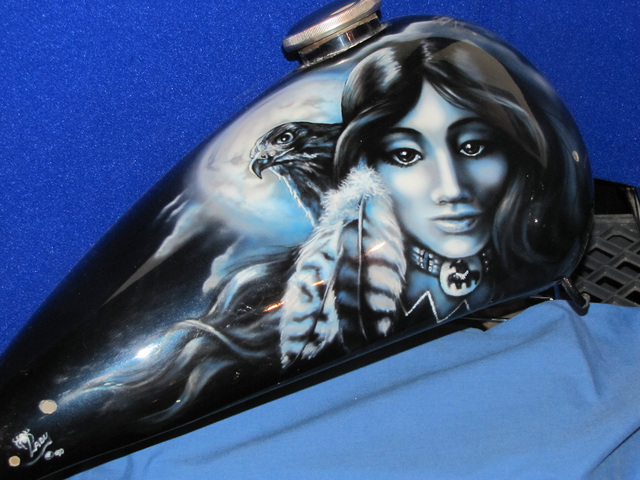 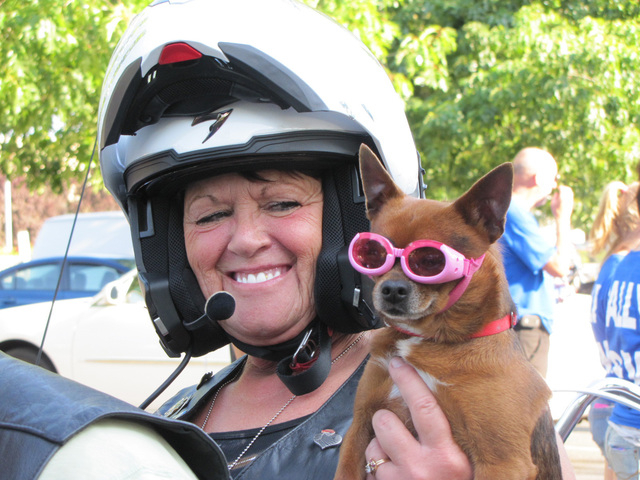 xactly two weeks from today, hundreds of motorcycles will roar into town as the inaugural “Spring Mountains Run” kicks off at Petrack Park.

The three-day event is expected to draw hundreds of the finest bikes from across the country.

Officials associated with the run, tout it as a family-friendly event providing excellent opportunities for bikers and all motorcycle enthusiasts to socialize, talk bikes and enjoy a variety of entertainment, including an appearance from death-defying movie stuntman Monte Perlin, who was Arnold Schwarzenegger’s stunt double in Terminator 3, and acted in “The Wager.”

As one of the most respected stuntmen in the business, Perlin is known mostly for performing at excessive speeds inside a steel sphere called the “Globe-O-Cross.”

Attendees can also check out vendors selling all things related to the passion of motorcycling in the “Chrome Alley” section of the park.

Promoter Randy Burke of Roadshows Inc., worked with town officials for more than a year to bring the event to the community.

Roadshows, a special events company based in Reno, produces some of the largest motorcycle events in the nation including “Hot August Nights” and “Street Vibrations” both of which are held in the Silver State.

“It’s a combination of the power of the bikes, artwork displayed on them, pride of their owners, the music and excitement of the stunt shows and the thrill of the bike show competition including burn-offs and poker runs. Add in all of the vendors and festival foods, makes it an unbeatable party. With a motorcycle rally like this one, the whole atmosphere feels as though it’s electrically charged,” Burke said.

Though the event is free of charge at Petrack Park, those interested in taking part in special events may purchase a VIP package for the June 20-22 rally.

For $40, the packages include a T-shirt, ride pin and special VIP parking and entrance to a VIP party at Saddle West Hotel Casino.

Registered members can also participate in bike competitions, a poker walk and mini-poker run to local hot spots as well as a “full-blown” 75-mile poker run.

Pahrump Town Board Chairman Harley Kulkin did much of the heavy lifting to bring the event into town.

He said the event could easily boost the local economy when all is said and done.

“What event brings in the most people and what are the biggest events in this state? It’s “Hot August Nights” and “Street Vibrations.” They are probably neck and neck in how many people come to each one of those and Laughlin comes in second. They bring tens of millions of dollars into the community in just over a weekend,” he said.

Additionally, board member Dr. Tom Waters said Burke is held in very high regard by both past vendors and participants of Roadshows events.

“Just about any event that draws tourists in is an economic boost for Pahrump. Roadshows is a very organized company and has a lot of legitimacy behind them. As long as the town benefits from it, so much the better,” he said.

Pahrump’s Director of Tourism Arlette Ledbetter noted that the area is ideal for such an event.

“The Town of Pahrump offers the perfect backdrop for an event like the Spring Mountains Run due to the proximity of several scenic attractions. Participants of the rally will have the opportunity to explore our community, including two award-winning wineries and the Pahrump Motor Speedway while taking in breathtaking views of surrounding mountain ranges,” she said.

For more information on VIP packages or becoming a vendor call 775-329-7469 or logon to www.roadshowsreno.com

A portion of the proceeds from the run will go to benefit the Juvenile Diabetes Research Association.