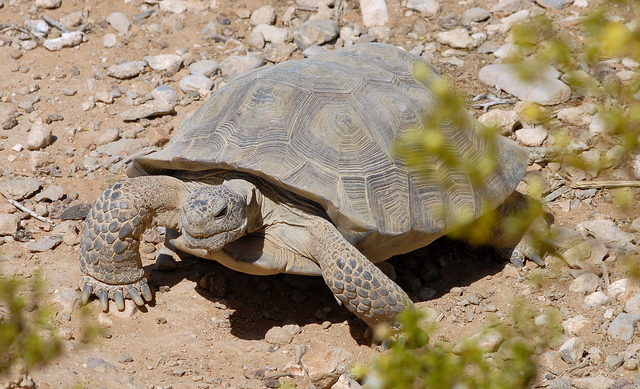 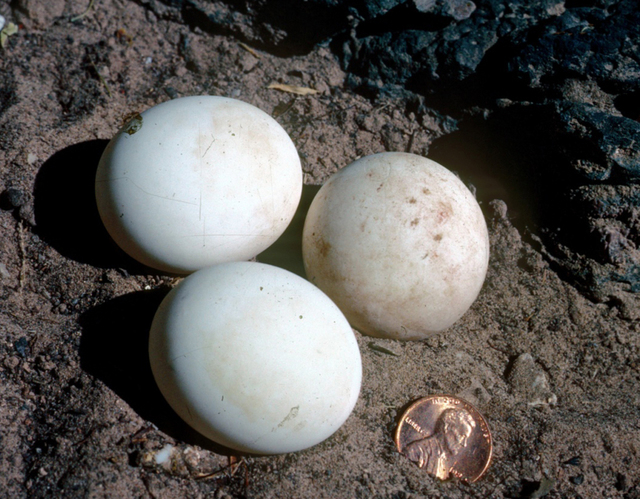 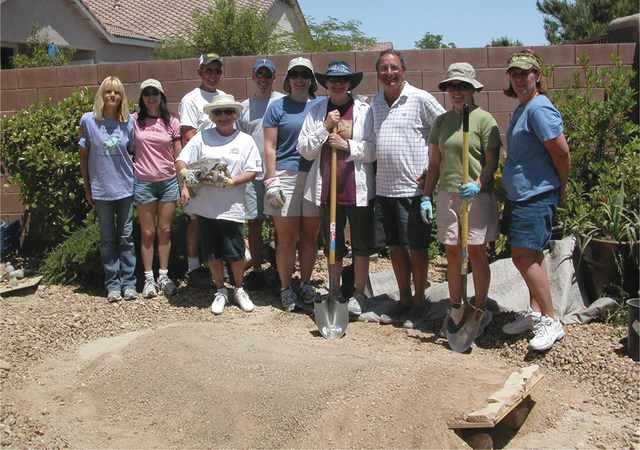 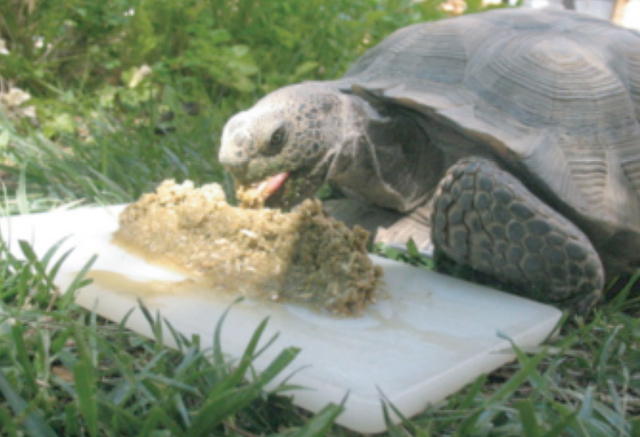 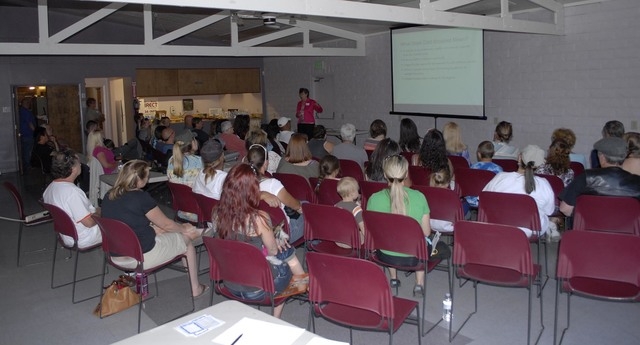 How can an animal end up on the endangered species list, yet be so prevalent in captivity, it begins to create another problem? That very scenario is currently being played out with the Desert Tortoise.

Domesticated Desert Tortoises have become a problem of numbers and members of Tortoisegroup.org, out of Las Vegas, have started adoption workshops all over Nevada, including places such as Minden and Gardnerville, where the winter temperatures are much too cold for the tortoises to survive outside.

Tortoise Group Director Jim Cornall is a biologist from Canada, and became interested in the plight of the Desert Tortoise when he moved to Las Vegas. He’s been involved with the group for the past four months and has been instrumental in developing an adoption program for the tortoises.

“The problem is people who think they are helping by picking up the tortoises in the wild and taking them home. What happens is backyard breeding. Once a tortoise has been domesticated as a pet, it will never survive in the wild.

“Pet tortoises can’t simply be left in the desert, because of the dangers of introducing disease into the wild population, or overburdening the already fragile desert balance with more animals than the system can support. We have to find homes for them.”

He also commented on issues with feeding and age.

“They develop a different, easily attainable diet in captivity and people tend to forget tortoises can live to be 80 to 100 years old,” Cornall said.

Debby Woodland, of the University of Nevada Cooperative Extension, said she used to raise exotic turtles years ago, so she has some experience with habits and habitat.

“I’ve seen a Desert Tortoise in the wild devour a globe mallow plant. You can’t get one in captivity to touch it.”

“Although there have been documented cases of wild Desert Tortoises having respiratory issues, it is more commonly found in domesticated torts,” Woodland said. “They have to be treated with antibiotic injections and you just can’t do that in the wild.”

Cornall said the care and feeding of a tortoise can be time-consuming, especially when there are numbers in captivity at one location. “Recently, three Las Vegas backyard breeders have either passed away or their spouses have passed away. One habitat was lost over a property foreclosure leaving a total of about 60 Desert Tortoises needing homes.”

The numbers will increase at the end of this year when the Desert Tortoise Conservation Center will close due to lack of funding. “Finding new custodians for the reptile that is endangered in the wild is a constant problem,” said Cornall.

He also noted that a female can carry sperm for up to 15 years, and use it to fertilize her eggs when the time is right. Even an adopted tortoise can lay fertile eggs if they have been in a mixed-sex environment.

Southern Nevada Fish and Wildlife Service Assistant Field Representative Mike Senn is also a biologist and said a state law was passed in the spring of last year which makes it unlawful to have more than one Desert Tortoise in a single habitat. The law excludes those with tortoises already in their possession when the law went into effect.

Senn said, “What we need people to understand is when we get tortoises from captive habitats they are usually malnourished and if they are turned back into a wild environment, they are more susceptible to disease. It creates a hazard for the wild tortoises.”

Another concern of the FWS is the cost of trying to rehabilitate the domestic tortoises for release into the wild. “It cost over $1 million dollars to run the conservation center last year. That’s why it’s closing.”

He said the funding would be better spent educating the public, and controlling the domesticated population. “We could free the funds and use them on the ground to build the populations of wild tortoises and strategize to protect and enhance the natural habitat.

Senn said the FWS is launching a sterilization program for captive tortoises late in August.

Although the U.S. Fish Wildlife Service is assisting with funding for the adoption efforts, there is a cost associated with taking a Desert Tortoise home.

The adoption fee is $75, a little less than adopting a dog or a cat, however, Cornall said, “The tortoises are cheaper to feed.”

Senn said the total funding assistance to the Tortoise Group is about $40,000.

“Educating the public is one of the most important things we can do,” Woodland said. She said even identification is an issue.

“I have people call saying they’ve spotted a tortoise and when I get them to send me a photo or go to look, Woodland said, “it’s usually a water turtle.”

“The public needs to be able to identify the species and these workshops are a wonderful way to learn about habitat and food requirements.”

Cornall said his group will assist with constructing a suitable habitat for someone wanting to adopt a tortoise. “That can cost about $60 and up for more elaborate habitat.”

Master Gardener Scott Trotter said learning how to construct habitat and donating the labor back to the community would be a good project for the 4-H youth group here. “Community service is part of the kids’ requirements for 4-H.”

Tortoises require about 600 square feet of space. Cornall said they must have a burrow with good drainage.

Woodland said it’s not just a hole in the ground. “They can drown if the burrow becomes flooded.”

Cornall said over 150 people attended the two initial workshops, which led to new volunteers being recruited, and to several adoptions.

“Over a dozen adoptions have already taken place from tortoises already in the area, and around a dozen more tortoises went to their new homes in this month.

“The people we spoke with and visited were so full of enthusiasm, and eager to be involved. We wanted to bring tortoises as soon as sufficient yards were prepared, and we also wanted to hold new meetings, both for the new members, and for anyone else who couldn’t make those first workshops but might be interested in learning more about adopting a pet Desert tortoise.”