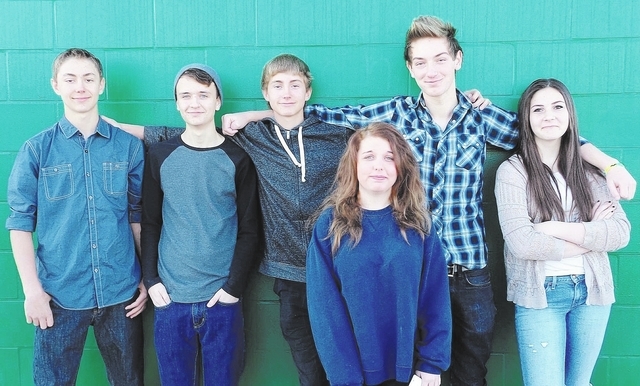 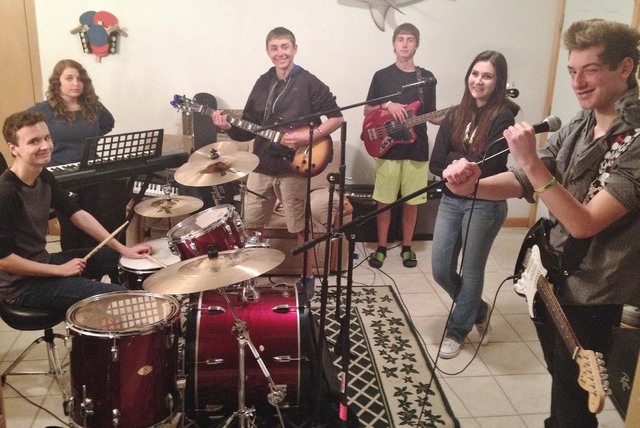 A landmark performance at the renowned House of Blues in Las Vegas awaits a local band early next month.

The members of Pahrump’s Tower of Cards will take the stage on April 7 at Mandalay Bay as part of what’s known as the “Bringing Down the House” tour. The event was held in eight cities across the country where six bands per city are chosen to perform.

Vocalist Brooklyn Thomassian said she had to deal with a slight case of the jitters after learning the band was selected.

“I was so excited,” the 15-year-old Pahrump Valley High freshman said. “Our band has put all of our hard work toward this performance. I have to admit that I was scared to death, but I know we were chosen for a reason. We all sound so great together and I can’t wait to perform at the House of Blues.”

Tower of Cards was one of a few bands chosen out of a pool of roughly 4,000 applicant bands to play onstage. The band will also receive four free Saturday musical workshops with industry insiders.

The band met at Rosemary Clarke Middle School, with five now at Pahrump Valley High as freshmen. Willie Lucas is in the eighth grade.

“I’m so glad after my many years of playing guitar that my musical career is finally unfolding before me,” he said. “My band is great and I wouldn’t want to do this with anyone but them. We are all very determined to make this a great concert.”

The band’s manager, Callie Lucas, who is the mother of Garrett and Willie Lucas, said the band’s initial reaction when chosen was that of surprise. She noted that the invitation was an enormous accomplishment for the band.

Tower of Cards music is best described as rock and pop, according to their manager.

“Their range is everywhere from rock and roll to classical, to girl bands,” Callie Lucas said. “There are six members of the band and they all have individual taste and that’s one of the neat things about them because they found each other and they’re all so different.”

She also noted that the House of Blues performance will be their largest venue to date.

“Before this, their biggest event was the Fall Festival,” she said. “They have also done a couple of school dances at the high school and they are also scheduled this weekend to play at Tecopa Hot Springs for a fundraiser.”

Callie Lucas noted that the House of Blues performance could easily determine what’s in store for the band in the not-too-distant future.

To earn the privilege of performing at the House of Blues, the band auditioned by performing the cover song, “Little Talks” by the Icelandic indie folk/indie pop rock band, Of Monsters and Men.

Lucas said the band will also perform two original compositions. The band will debut the songs Saturday at 2 p.m. at the Tecopa Hot Springs Resort and Spa.

The April 7 performance at the House of Blues is a free to the public performance for friends, family and fans of the chosen six bands.