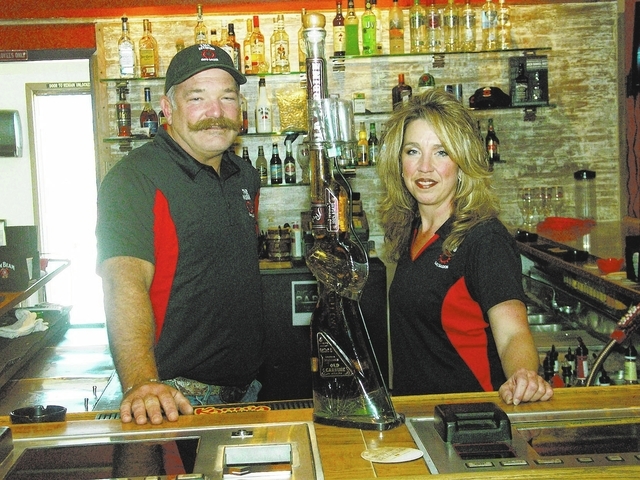 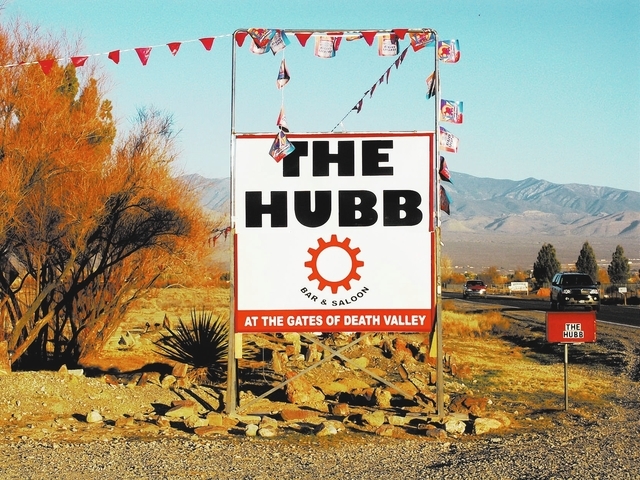 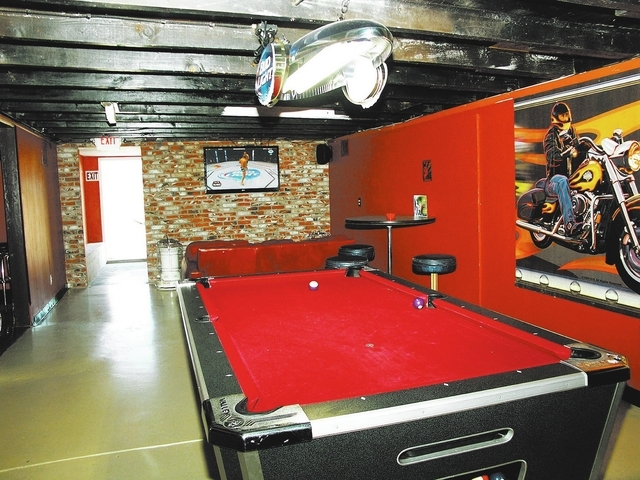 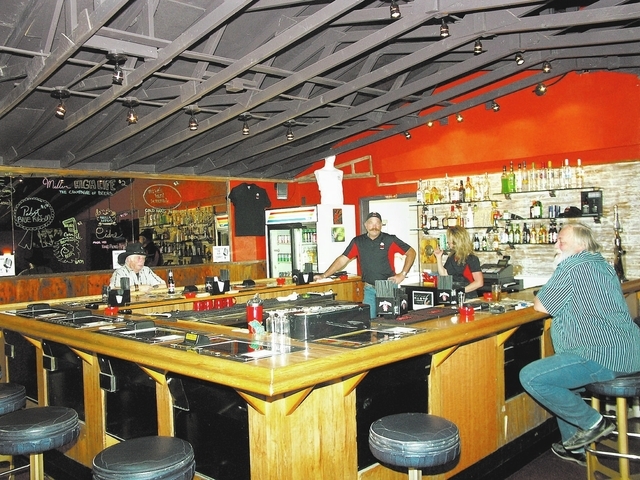 A longtime watering hole, a favorite hangout for many north-end locals, has been transformed into a modern establishment.

The HUBB, located at 3720 West Bell Vista Ave., is picking up where the historic “Our Bar/Charlie’s Place” left off.

Both say the establishment will be an intimate space serving thoughtful, contemporary bar fare with an expanding menu relevant to locals.

“We started this project back in May of 2013.” Hubbell recalled. “We spent a lot of time getting the place cleaned up, remodeling and getting it the way we wanted it. Our Bar was closed for about two years before we assumed ownership. It was basically a pigeon coop when we first walked in. There were a lot of conditions that needed to be cleaned up and changed,” he said.

Hubbell did not skimp when it came to remodeling the dilapidated building.

He noted that many upgrades throughout the structure were necessary before he wanted to open the doors for business as witnessed by the new cinnamon walls and finished concrete floors.

“We changed the water lines, plumbing, bathrooms and of course the kitchen. The stainless steel kitchen has been remodeled and now is a source of pride. The streamlined space lets the food and beverages shine. We wanted to avoid feeling too commercial, so we repurposed the tables, bar tops, stools and chairs. All of the electrical components had to be upgraded as well,” he said.

The entire renovation process will not stop with the interior.

A park on the property with mountain and desert views will be open in the summer months as well as warm weekends during the winter.

Hubbell said there will be special events throughout the year as he adds additional seating outside.

“We fell in love with this location. We have the park area on the side with all of the trees and grass. It is its own individual place. We were not interested in opening a place in a shopping center because we wanted an independent property. We are going to have music under the stars and barbecues. We want to be an indoor/outdoor type of location,” he said.

Additionally, Hubbell said the HUBB will have a new moniker touting its unique location when compared to other similar establishments in the town.

“There are over 75,000 to 100,000 tourists that travel Bell Vista each year and we want to capture that. We are also looking forward to seeing more European tourists and having them spending some time with us,” he said.

Presently, word is getting around that the HUBB is open for business, especially from regulars who frequented the former establishment.

“They walk in and their jaws just drop. They stand at the door with amazement for a bit and then they go directly to the bathrooms and check them out.

“This place has a lot of history and a lot of memories. I hear a lot of stories every day from people going down memory lane. Many folks have actually met here and got married here. A lot of people are pleased that this has finally opened back up,” he said.

The owner also said he wanted to separate the HUBB brand from the prior bar while still catering to all.

“We wanted to start clean with a new image and a new story about us. We are not going to be one genre. We are going to be a variety of things and as I said, we’ll have a variety of activities and entertainment. One week we may have a country band and the next week it might be rock and roll. We want to capture the rider enthusiasts going to Death Valley, be it the tourists or local riders,” he maintained.

McGuire, meanwhile, said she is looking forward to other types of riders who are in close proximity to the HUBB.

“There is a big horse community around us that ride in to see the facility and then ride back out. There will be facilities like a hitching post for riders to tie their horses up. We have already had a couple of charity events where people stage here and go on a trail ride, come back and have a barbecue.

“There’s also a lot of people who are excited about Last Chance Park, and we want to be a part of that as well,” she said.

McGuire also said the HUBB plans to have a series of events in the near future where local musicians and artists can display their talents.

“We really want to be part of the community and in doing that, we want to get local talents involved in some open mic events. In the spring we would love to have art exhibits in the park. We would like to have someone who plays guitar to come in and spend an evening with us and we do plan to have an official grand opening coming up in the spring. We will have a full cocktail menu, a selection of beers and a good but limited wine selection. We will also have available over the counter retail sales of cold beer, liquor and wine as well Coca-Cola products and snacks,” she said.

The HUBB Bar &Saloon is open daily from 10 a.m. to 2 a.m., and will eventually become a 24-hour establishment in the very near future.

Those interested in keeping updated on happenings can visit the HUBB’s website at www.thehubbnevada.com to keep posted on upcoming events.