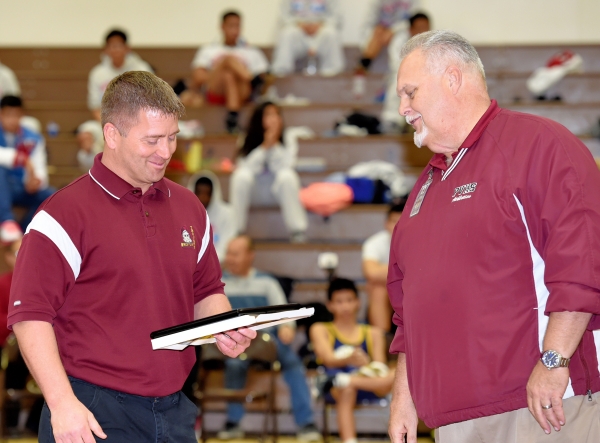 Trojans coach Craig Rieger was honored before the wrestling started on Wednesday with a national award.

Each year the National Wrestling Coaches Association selects one coach from each state for this honor.

The association recognized Rieger for his efforts last year in coaching his team to the state title and they voted him the Nevada state wrestling coach of the year.

Rieger was surprised by the recognition.

“I really didn’t see this one coming,” he said. “I know I got it because I beat a team that had won the title six times in a row, but really I know little else on how I got it.”