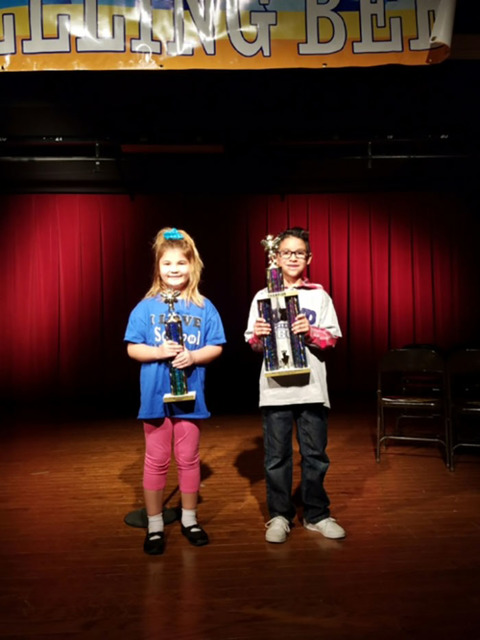 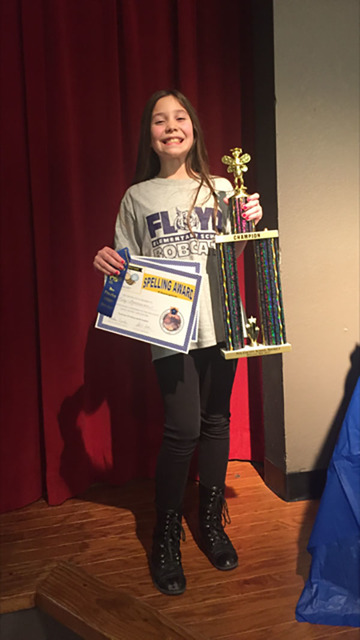 The event pitted students in Pahrump’s four elementary schools, from kindergarten to the fifth grade, in two categories.

Wagner was tasked with spelling Metcalf’s misspelled word “esteem,” then followed up by correctly spelling “inlet” to win the event.

Following the introductions, rules and procedures were explained by J.G. Johnson’s Debra Carle, as the K-2 participants took to the stage first, followed by the third through fifth graders.

J.G. Johnson’s K-2 grade resource instructor Michele Bolton said all of the participants should be proud of their respective achievements.

“I thought the spelling bee was a big success and it seems every year, the kids get smarter and smarter and we have to go higher and higher to the more difficult words they have to spell,” she said.

“All of the students who participated actually studied at home,” she said. “They did have some classroom practice at times for them to get a feel of how the event would move along. Part of the rules required a lot of poise to stand up in front of the audience and spell the word without stumbling or repeating themselves. We have been holding the spelling bee for many years here at the school. This year, it was very well attended by the parents and students participating.”