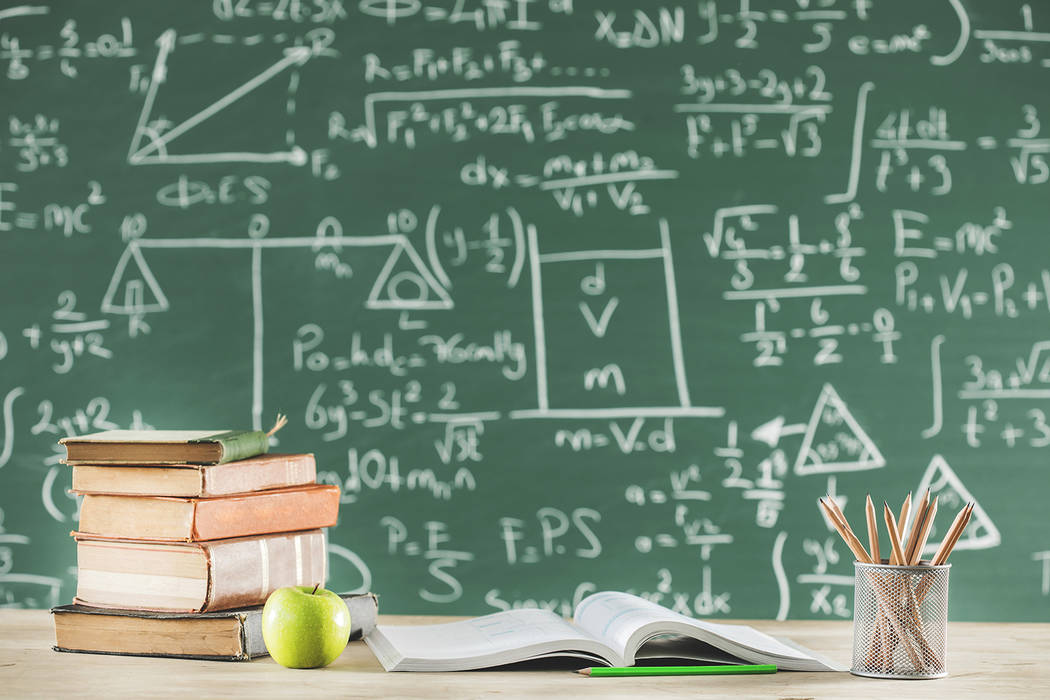 Thinkstock Candidates are vying for two seats on the Nye County School District Board of Trustees. Candidates are seeking a seat in Area 5 and Area 3 in the November elections. 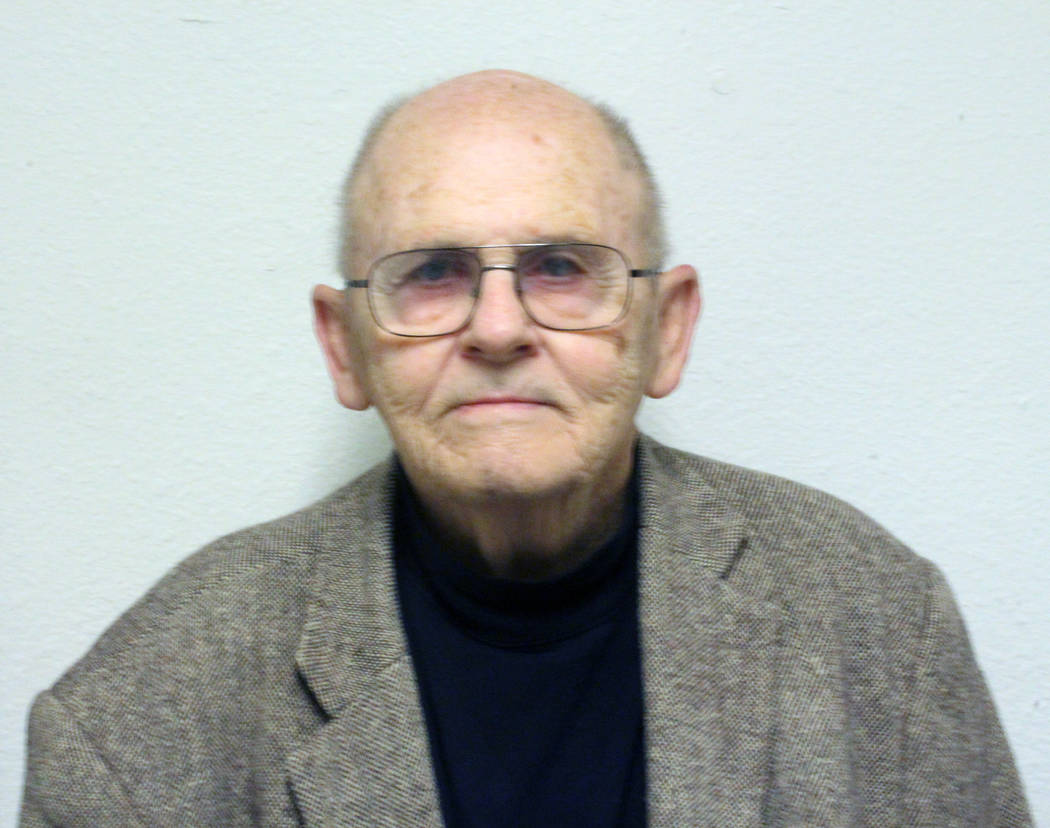 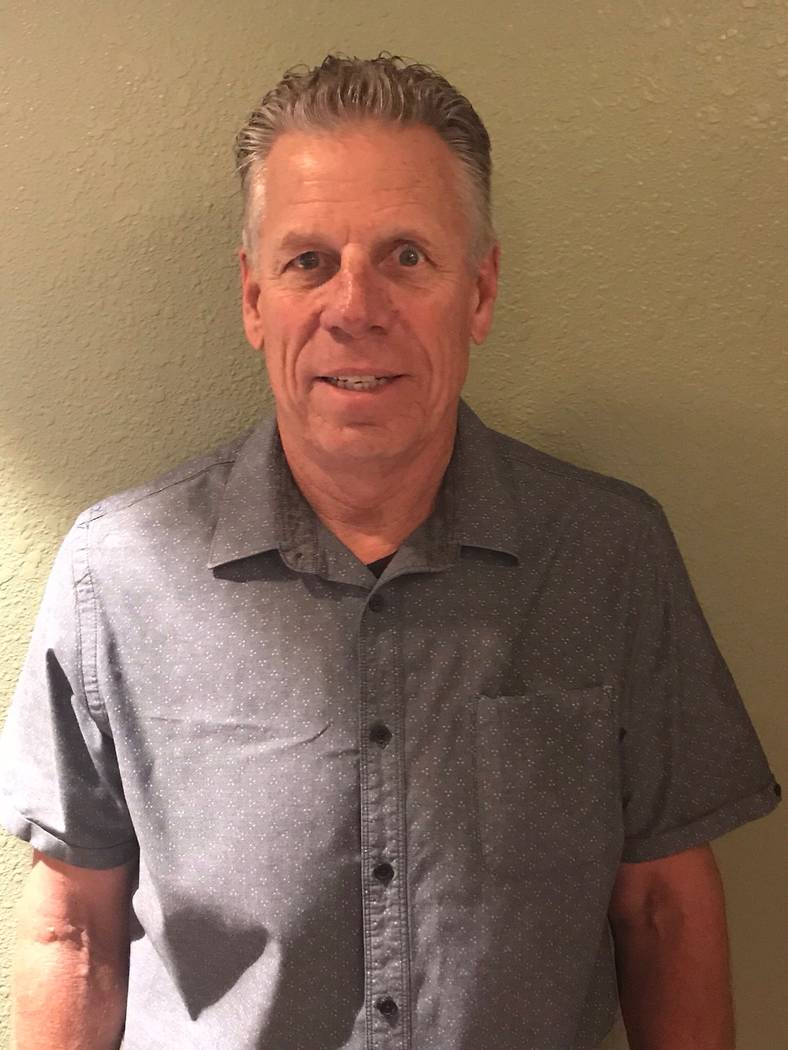 Special to the Pahrump Valley Times Pahrump resident Mark Owens is vying for a seat on the Nye County School School District Board of Trustees Area 3 seat in the upcoming 2018 elections. The Area 3 nonpartisan race had four candidates in the June primaries; the top two contenders from that race will compete in the general election coming up. 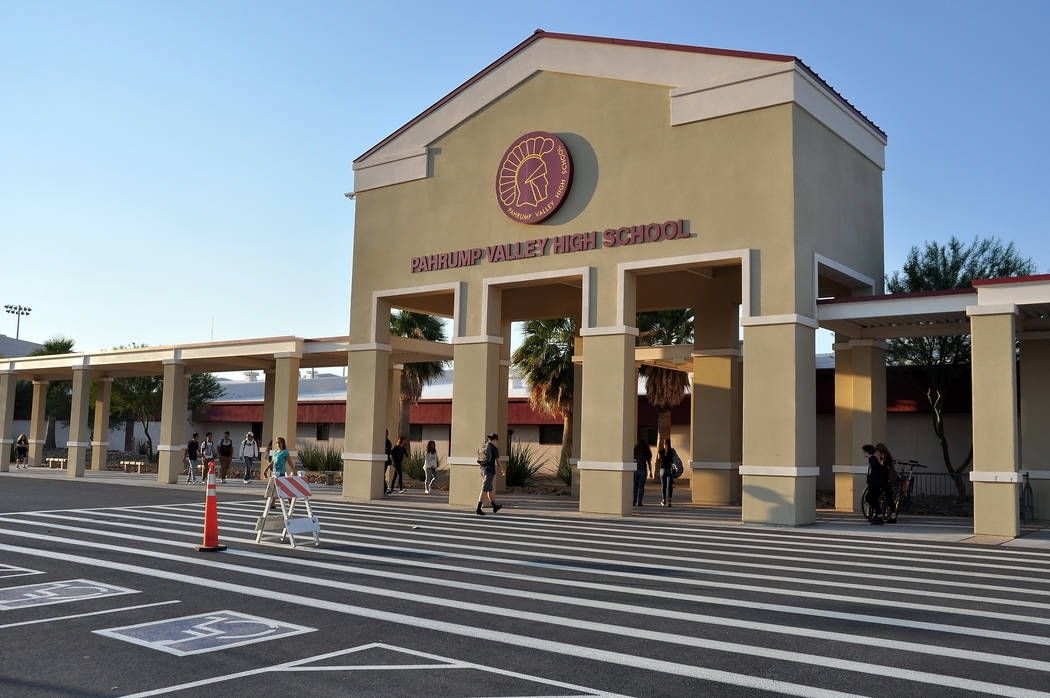 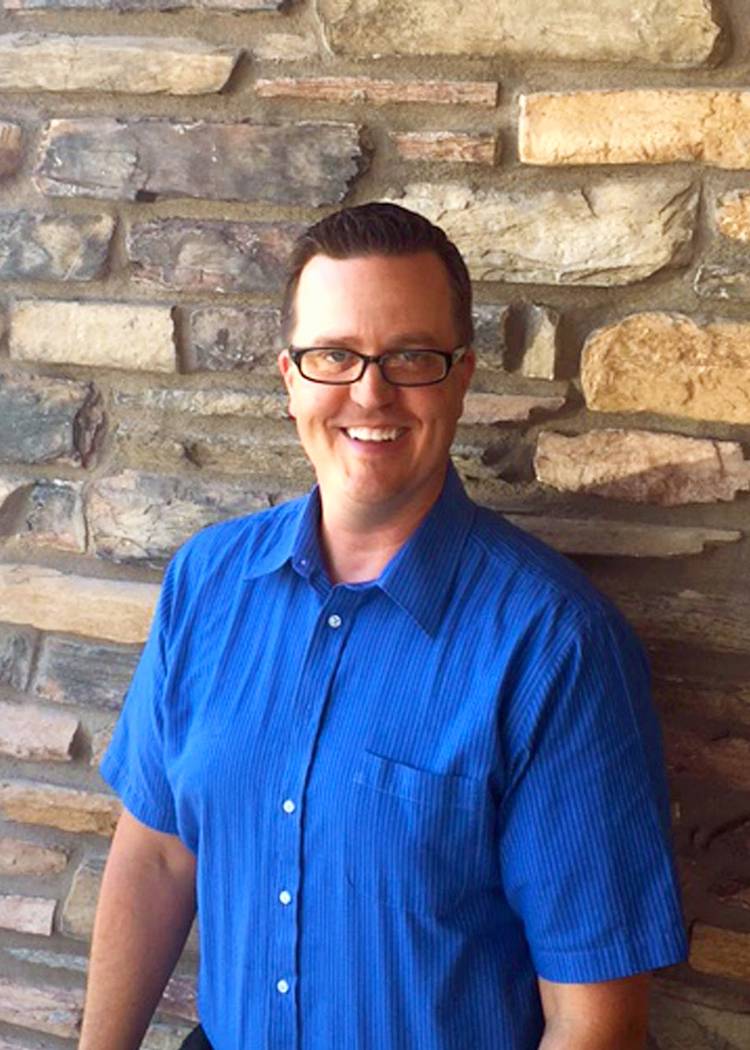 Special to the Pahrump Valley Times Sean Hastings, candidate for Nye County School District Board of Trustees Area 5 seat in the 2018 election cycle. 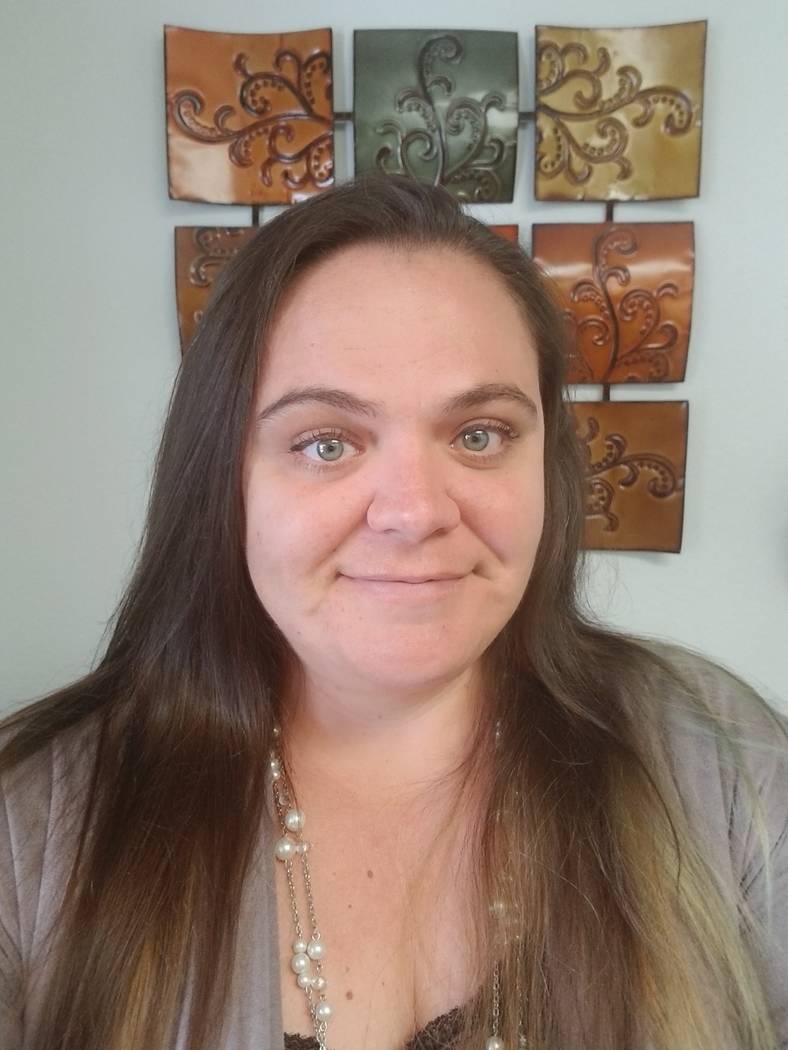 Special to the Pahrump Valley Times Tawna Yazzie, candidate for the Nye County School District Board of Trustees Area 5 seat in the 2018 election cycle.

Two seats are up for grabs on the Nye County School District Board of Trustees in the upcoming 2018 general election.

A seat for Area 3 and one for Area 5 for the board of trustees seat will be on the ballot for Nye County; both seats carry four-year terms.

The Area 3 race will contain candidates Mark Owens and Donald Rust. In Area 5, Sean Hastings will compete with Tawna Yazzie.

Winners for two other seats have already been named for Area 7 and Area 1.

Owens and Rust were the top two candidates out of four in the Area 3 nonpartisan race during the 2018 primaries, though no clear winner was selected.

The reason for that is no one candidate was able to reach more than 50 percent of the vote. If that had occurred, a winner would have been declared during the primaries, which is true for most of the nonpartisan races at the county and state level. Exceptions to the rule are judges running for District Court, the Court of Appeals or the state’s Supreme Court.

In previous interviews with the Area 3 candidates, views on school safety and arming teachers to finding ways to improve student test scores were discussed.

Rust, a more than 20-year resident of Pahrump, was looking to keep firearms out of K-12 schools and have the board better connect with teachers at area schools, something he said doesn’t often occur. “You can’t know what’s going on if you never visit,” he said during the primaries.

During the primaries, Rust said he was compelled to run after there were calls to arm teachers across the country. That sentiment was resonated after the Marjory Stoneman Douglas High mass shooting in Parkland, Florida.

“After the Florida shootings, I really got tired of hearing people propose arming teachers,” he said. “I don’t want any kind of weapon in schools, period, because that’s not going to make them safer.”

The Davenport, Iowa native came to Pahrump in 1995 after moving from Kuwait, where he worked as a project manager in computer/communications for the Kuwait Air Force/Air Defense and Kuwait Ministry of Defense.

He also spent over a decade working for the Nye County School District, from the early 2000s to 2017. Rust worked as a substitute teacher, special education classroom aide and worked in other various roles during that period.

Owens is a 27-year resident of Pahrump who said he was retiring after four decades of work as a senior engineering association for a national lab at the Nevada National Security Site, is running against Rust in the upcoming election.

During the primaries, Owens’ important targets were improving educational performance and securing schools.

“I’m getting ready to retire,” Owens said in an earlier interview. “I want to be able to contribute, so I thought this would be an opportunity to get a second look—another perspective from a person outside of the educational community.”

Owens came to the valley in 1992 and had two boys graduate from the Nye County School District. Owen’s wife grew up in Pahrump.

Owens has expressed concern over security issues at schools in the area. For a solution to that, he proposed that “the board get behind paying for a security assessment to better figure out what course of action should be taken to secure area schools,” according to a May 25 report in the Pahrump Valley Times. “There are a lot of things you can do to enhance security,” he said at that time.

In the May report, Owens described his approach more thoroughly: “There are different ways to secure things—not close the whole school, but you can open certain doors when everybody comes in, and then have access in certain areas during the day… ,” he said.

The Area 5 race is also to be decided in the upcoming general election.

Either Hastings and Yazzie will replace Pamela Hiler, who won the last two races in 2010 and 2014.

Hastings is a 13-year resident of the Pahrump area and has sent several children through Nye County’s school system.

The candidate works as a general manager at Affiliated Physical Therapy in Pahrump, though he also travels to Clark County periodically, as he also manages two other locations in the Las Vegas area. In all, he manages 42 employees at the locations.

Hastings said he is looking to give back the community.

Some of his platform includes school safety and looking for a way or seeing “how we can get parents more involved with their children’s education, in general,” he said.

Hastings said children have resources such as counselors, principals, teachers and other school administration to turn to.

“I feel like sometimes that the communication breaks down when it comes to the parent; because the parent hears something and then they try to get involved and there’s sometimes roadblocks, so I would like to open up the way for the parent to be able to receive more information to kind of be more involved,” he said.

Hastings is looking for solutions to improve that situation.

“I also know school safety is a really important topic, especially in this day and age,” he said. “I want to make sure that kids are safe in school and parents don’t have to worry.”

Hastings didn’t have anything direct to point at with school safety, but he said that he doesn’t want to see what he’s seen in Las Vegas at some schools to come to Nye County’s schools.

“I look at schools in Las Vegas, and it breaks my heart that they go through metal detectors and they have gates all around them—armed security all the time,” he said.

“That’s just so difficult to see. It’s difficult as a student trying to be involved in that. it almost creates like an unsafe environment feel. I don’t want that to happen out here in Nye County,” he added.

Hastings said he is involved in his church and has two children still in the Nye County school system and two recent graduates.