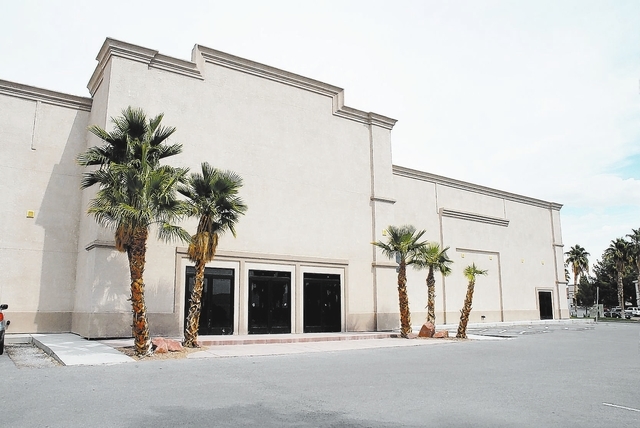 It’s all about the movies this weekend as two venues will be showing films, offering food and other activities Saturday evening.

This will be the first of several trial runs for “Movie Lover’s Night Out” at the Manse Center. NyE Communities Coalition Campus multi-purpose room will be transformed into a movie theater for the showing of several short films, all with a “Heroes” theme.

High Desert Shorts International Film Festival Founder Linda Kass has partnered with others to create a once-a-month film night which will also feature a coffee house and cabaret for the kids. Dinner will be available for purchase utilizing the cafeteria kitchen facility and popcorn and other snacks will be available as well.

After the films, the activities will turn to “The Manse Monologues,” a take-off on National Public Radio’s “Moth Monologues.”

The concept is almost like an open mic for people with an interesting story to tell, someone who has written a poem, plays a musical instrument or sings.

The materials for the monologues must be pre-approved by performance director Francine Winters.

Tickets for the movies are $3 each or $6 for a family. Patrons may purchase tickets at the Pahrump Valley Chamber of Commerce offices on the second floor of Nevada State Bank or at the door. The coffee house and cabaret are open to those 14 and older.

The movies and the Manse Monologues are alcohol, tobacco and drug free.

The Pahrump Arts Council has been circulating a survey asking locals how they feel about the new owners of Draft Picks, formerly Wulfy’s, turning the empty building on that property into a combined movie house and performing arts center. The deadline to vote is today either at the PAC office or online at pvpac.org/survey.

More movies are on tap tomorrow evening at K-7 Lounge. The Pahrump Film Festival founders Harvey Caplan and Geraldine Ahrens have been promoting local film makers with a film festival for the past five years.

The event was formerly staged at Red Sky BBQ but moved to K-7 Lounge on Hafen Ranch Road last year.

Admission to the event is free.

Ahrens said there are five movies to be screened, two of which are full-length movies. Ahrens said full length is at least an hour.

The annual event is for what Ahrens calls “creative people who say ‘I’ve made this. Now it’s time to let the public see it.’”

“Creating something is one thing,” Ahrens said. “Letting other people see your work is the scary part. Singers, writers and other artists all go through it.”

She said anyone can submit a film for the festival but that “we want pieces where someone has written a script and put effort into it. We’re looking for production value.”

I Feel Like a Hero, by local producer, Loney Childress. It is a sci-fi action hero movie about an hour long.

The Darkling Incident, by local producer Geraldine Ahrens. It is a spoof of the old 1950s, giant bug movies. It is about an hour long.

Empty House, is a short film produced by Maisie Cafeo and Paige Warren of Pahrump. It is a paranormal movie. The film makers are two young women who graduated from Pahrump Valley High School last year and are now at University of California, Long Beach, taking the prerequisites to get into film school. It is about 15 minutes long.

Slop Suckers is a short by Megyn Cawley of Los Angeles. It is about 15 minutes long.

Cross My Edge, is produced by local producers, Geraldine Ahrens and Sharon McMurtry. It is a paranormal movie about 15 minutes long.

K-7 will have an international food buffet for $11.99 plus drinks. The food will represent Italy, India, Germany and France.

Film maker and musician Loney Childress will play from 6:30 p.m. until the movies begin to promote his new CD.

The films will begin at dusk on the patio.