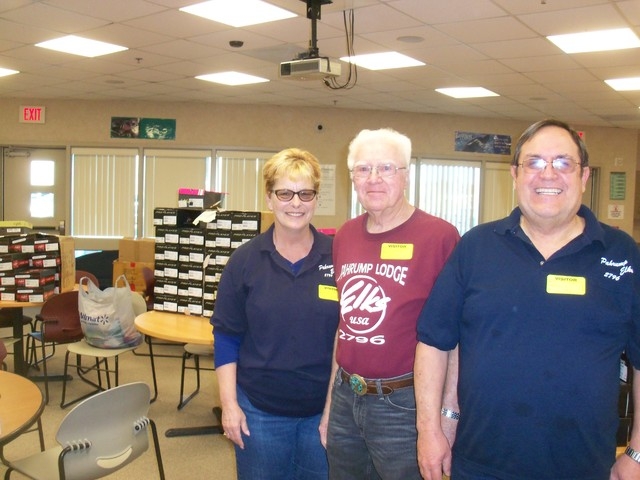 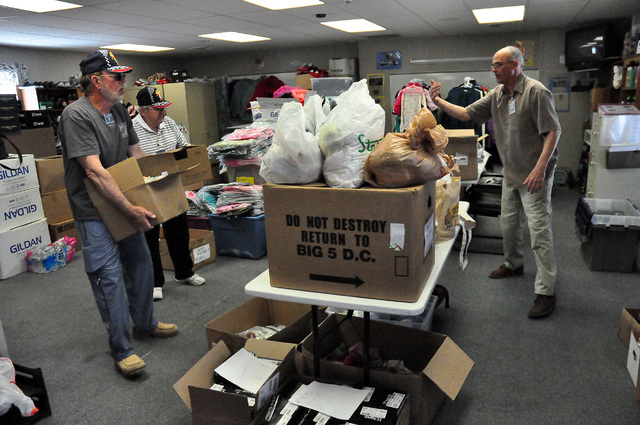 Two Pahrump organizations stepped up to help homeless kids in the Nye County School District in the past month.

District Homeless Liaison Linda Fitzgibbons said there are many churches and groups that help her on a regular basis, but she said she wanted to praise two that recently put a smile on a lot of kids, the Knights of Columbus from Our Lady of the Valley Catholic Church and Elks Lodge 2796.

In February, the Knights helped Fitzgibbons distribute toiletries to the needy kids. According to Fitzgibbons, there are about 408 homeless children in need of aid in the district. One of the needs is common toiletries.

“Twice a year we supply toiletries to the children in need, hygiene items like shampoo, soap, deodorant and toothpaste,” Fitzgibbons said. “We pass them out in ditty bags at the beginning of the year and at the end of the year.”

Fitzgibbons said the Knights, under Grand Knight Bill Rettig, have taken on the job of supplying the kids with these toiletries.

“We started doing this around the first of February and I saw an outpouring from the parishioners and I was amazed at the amounts we got,” he said. “I was truly proud to be a member of our church. The people just floored me with their generosity. If we had to put a dollar amount on the giving, easily $4,000-$5,000 worth.”

Rettig said they have been taking loads of toiletries to Fitzgibbons all month and the giving has been so good he decided to do this all year long.

Fitzgibbons was pleasantly surprised at the amount of toiletries brought in.“They have been pretty good at bringing in the things the children need,” she said.

The Elks Lodge also delivered big in February by donating $5,000 worth of new shoes from Big 5 and Walmart to the kids in need of shoes. The shoe distribution was all month long and included shoes going up north to Beatty, Tonopah and Gabbs. This was the fourth year in a row the lodge has done this. This year they bought 336 pairs of shoes.

Fitzgibbons thanked John Berg, who writes the grant each year and Pat Loetterle for organizing the drive.

John Loetterle said they went to the schools to fit the kids with the shoes.

“Nearly all the first to sixth graders wanted to wear them the minute they got them,” John Loetterle said. “The middle schoolers wanted to box them and take them home. The smiles on the kid’s faces were precious. It was truly a blessing to be involved in such an undertaking.”