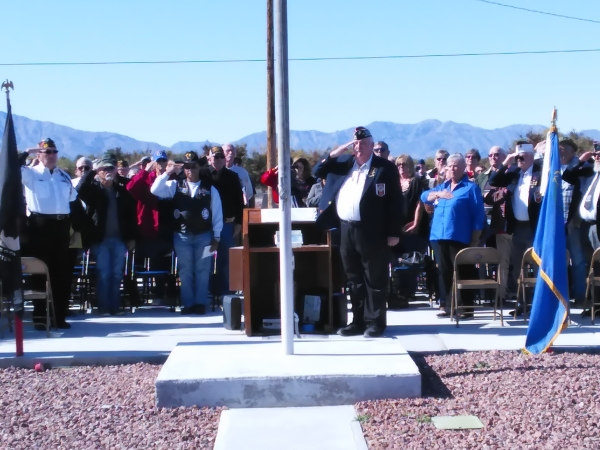 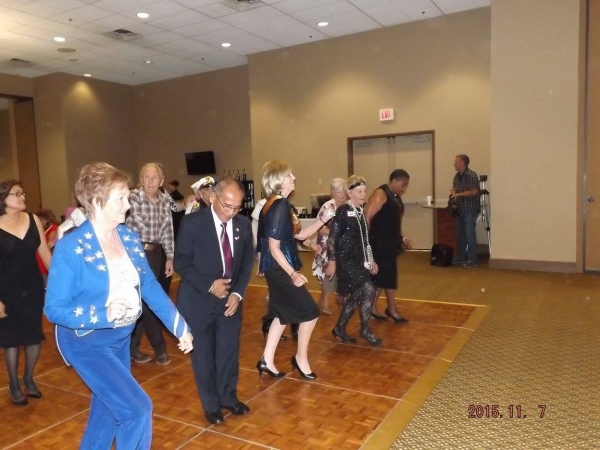 Upward of 100 attendees turned out for the annual Veterans Day observance at Pahrump’s VFW Post on Homestead Road on Wednesday morning.

The ceremony was one of several local events honoring area veterans. Commander Tom Vick served in the U.S. Marine Corps from 1967 to 1980, two of those years spent in Vietnam

“These types of observances are very important to the veterans,” he said. “The main reason we have such a good turnout is because of all of the camaraderie here in town. We live in a very patriotic town. Every branch of the military is represented out here today.”

Resident David Mattsen is a combat veteran of the Vietnam War.

Decades after coming home, he reflected on his tours of duty, and America’s role in the war.

He recalled the tug of war for land between American soldiers and the Viet Cong on an infamous hill in the Quáº£ng Trá» Province.

“On Hamburger Hill, we lost a lot of guys,” he said. “As soon as we left the area two weeks later, they took back the hill and the government never did anything about it. They always knew what we were going to do.”

Air Force veteran Dr. Tom Waters was front and center during the ceremony.

He noted how grateful many local veterans are for the support provided by the community.

“When people say, ‘thank you for your service,’ it means so much,” he said. “Veterans Day is a day we remember all veterans from all wars. I have sent texts to friends around the world even today to say Happy Veterans Day. I also received one from my son, who is also a veteran. My brother is also a veteran.”

Though the final tally has yet to be determined, by most accounts, the second annual event at the Pahrump Nugget was a great success.

Along with dinner and entertainment, the evening served as a backdrop for recognizing the sacrifices of veterans serving in the military over the decades.

“I thought it was pretty awesome and we had to put extra tables up due to last-minute ticket sales and fortunately the Pahrump Nugget was able to accommodate us,” said Pageant Queen Laurayne Murray. “It was a great opportunity for all of our veterans, both men and women, in the community to have the camaraderie, recognition and appreciation from everyone there, which was the whole purpose for the event.”

Murray also said she received much positive feedback from attendees, who indicated they would return for next year’s event.

“As always, it’s our gift from the community to our veterans,” she said. “The fundraiser was very successful, so we will be doing a check presentation at the Silver Tappers Christmas Charity Benefit Show at Saddle West next month. I don’t yet have the final figures because everything was turned over to our treasurer and is still being tallied.”