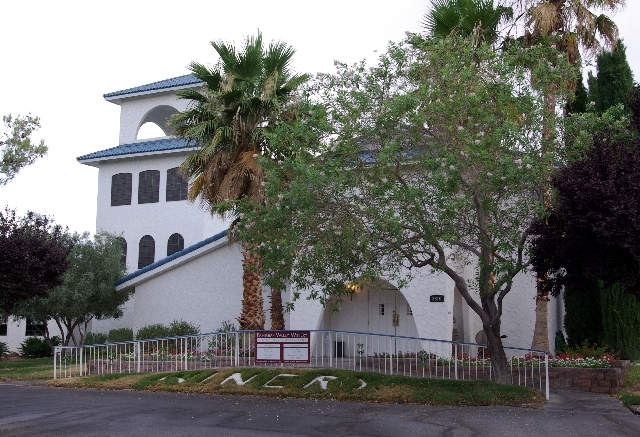 The Nevada Commission on Tourism is running a popularity contest to define what it calls “Nevada Treasures” where the public can, through a process of elimination; vote on their favorite things about Nevada.

Beginning July 3 nominations for a favorite place, event or activity were taken on the tourism’s Facebook page at facebook.com/travelnevada.

Sixty nominations were taken from the public for each of Nevada’s six “territories” and according to the number of nominations for any given place, event or activity, selections were made and put up for the first round of voting, which was from July 15-19. The first round established the top 10 in each territory.

The second round of voting ends today and will establish the top two in each territory.

Pahrump is in the Nevada Silver Trails territory and the contenders are: the historic town of Belmont, the Belmont Courthouse, Berlin-Ichthyosaur State Park, the town of Goldfield, Goldfield Days, the Million-Dollar Courthouse, the Mizpah Hotel in Tonopah, and Pahrump Valley Winery, Sanders Family Winery and Mountain Falls Golf Course, here.

Those interested in having a voice can vote once per day. When the votes are tallied, the top two from each territory will compete for notoriety.

Voting for the finalist will begin Monday, July 29, and go through Aug. 2. The winner will be announced Aug. 5.

The winner from each territory will receive a plaque announcing it as the 2013 Territory Winner; a virtual “badge” for the business’ website and social media; be included in a NCOT blast email; be mentioned in the 2014 Nevada Visitor’s Guide; be mentioned in NCOT’s Nevada Magazine and social media promotions; be included in the magazine’s print advertising congratulating the winners; and potentially get a visit from Nevada’s Lt. Governor.

To vote go to travelnevada. com/discover/, scroll down the page and click on “VOTE NOW.” It will take you to the Facebook page where you can pick a territory. Votes are being collected here.

The areas covered by each territory are clearly marked. Again, Pahrump is in the Nevada Silver Trails territory. When a territory is selected, voters can see which “treasures” are competing.

Click on your favorite to vote for it. Once completed, voters will be taken to a page where the number of votes each contender has collected are revealed.

Currently Pahrump Valley Winery is in the lead for the Nevada Silver Trails territory with over 140 votes, and Sanders Family Winery is in second with just under 50 votes.