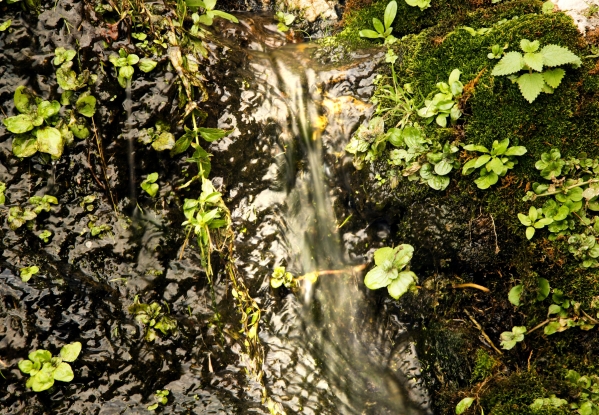 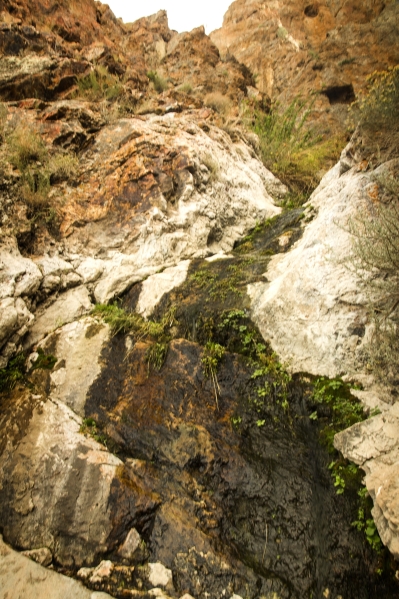 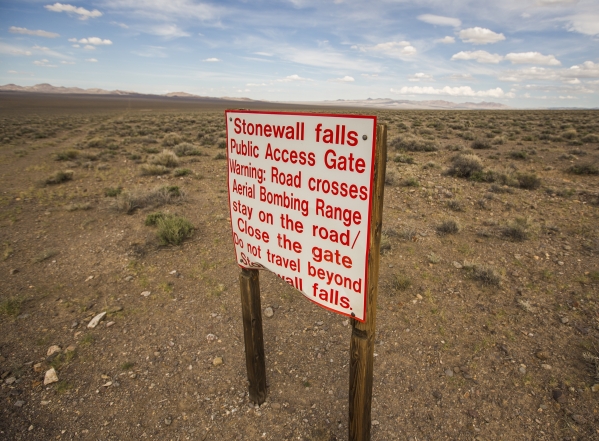 TONOPAH — It’s been a hard couple of weeks for tourism officials in Nye County, what with the exploding hazardous waste dump and Lamar Odom’s near-fatal trip to the Love Ranch.

So here’s a positive thing they can sell: Did you know that Nevada’s largest county has its own waterfall?

It’s called Stonewall Falls, and you have to cross part of an Air Force bombing range to get there.

But don’t bother bringing your umbrella. Niagara this ain’t.

Stonewall Falls is formed by Stonewall Spring as it stair-steps roughly 400 vertical feet down the steep northern flank of Stonewall Mountain, 15 miles outside of Goldfield and about 170 miles northwest of Las Vegas. The water doesn’t make one, long continuous drop but moves in a slow descent through the series of outcrops and small pools.

Tonopah native and historian Bill Metscher said the falls used to produce “a decent stream of water,” enough to fill a pond or run a small ore mill.

“It was a popular picnic spot during Goldfield’s early days and is still well-known by locals,” Metscher said by email. “But it is only a trickle now, probably due to global warming drying up most of the small springs in the desert area of Nye and Esmeralda county.”

If you want to see it before it’s gone, head north on U.S. Highway 95 in a high-clearance vehicle until you get to Lida Junction. About a quarter mile north of the junction, turn right off U.S. 95 and head northeast on a dirt road. Somewhere along the way, you will cross from Esmeralda County into Nye County, though the boundary isn’t marked.

Stonewall Mountain will be to your right, and you will want to keep it there — and keep an eye on your odometer — as you follow the road for about 6 miles. There, the road will fork, and a rough, two-track path will split off to the right in the direction of a V-shaped slot in the stone wall of Stonewall. Take that for a mile and a half until you come to a sagging, barbed-wire gate with a sign on the other side warning you about the “aerial bombing range” you’re about to cross.

The falls are another 2 miles down the road, in an area used by miners throughout the first half of the 20th century and now frequented by wild burros, horses and bighorn sheep.

The water could be trickling, gushing or frozen solid, depending on the time of year and the condition of the climate.

Metscher, who used to camp at the falls as a kid while hunting deer with his dad in the early 1950s, said Stonewall probably isn’t the only waterfall in Nye or Esmeralda County, but it’s “certainly the only one south of Goldfield” and not something you would expect to find in the Nevada desert.