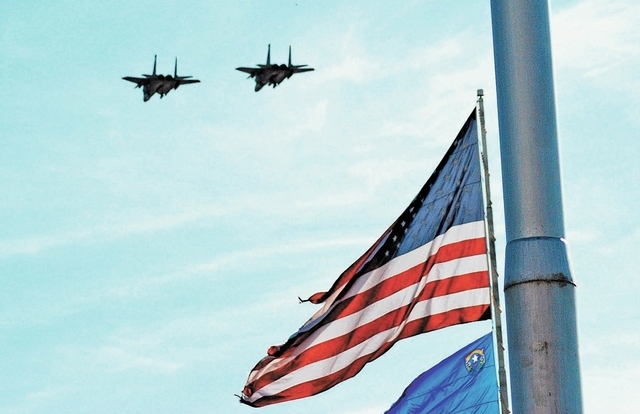 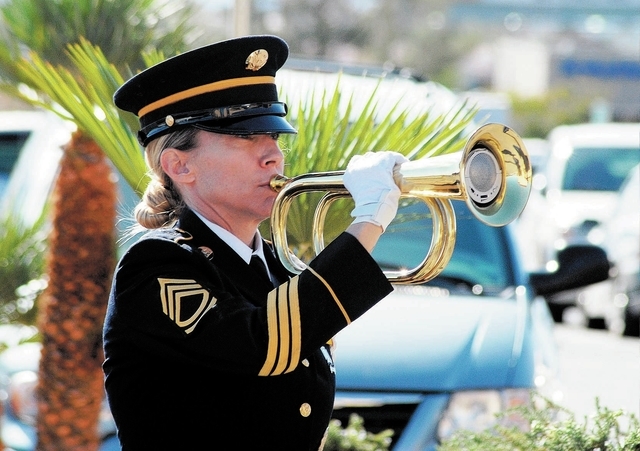 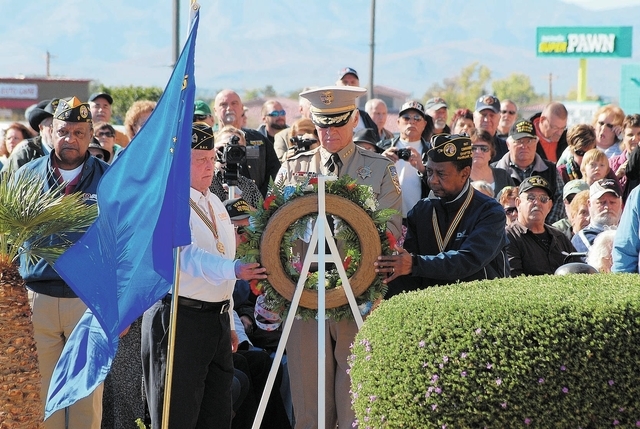 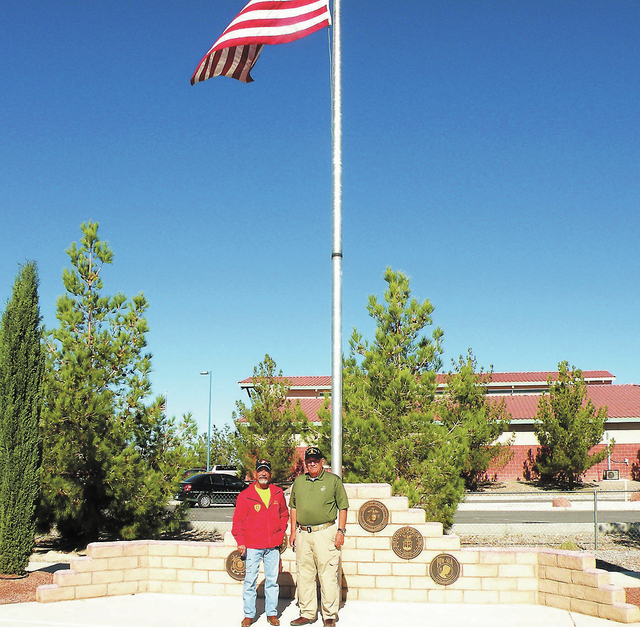 Women have long served in our military, although not in the same capacity as they do in the present. This year, Pahrump is standing up for military women with local recognition but a first for the nation.

Town Board member and veteran Dr. Tom Waters said, “This is the first ever in the United States.”

He was speaking of the ceremony to honor all women veterans in all branches of the armed forces in the Pahrump Valley area. Waters said the research has been done, and nowhere has this taken place, in one place at one time.

Waters has been a supporter of the ceremony scheduled for Saturday, Nov. 9, at 10 a.m. at the Veterans Memorial located next to the Library and Chief Tecopa Cemetery.

Organizer Jerry Dumont, retired Marine and chaplain said, “We love having this opportunity, and it is way past time.”

Dumont and retired Marine Sgt. Jose Telles, co-leaders of the recognition ceremony, said this ceremony is a year in the making.

Both have done what they call “deep research, and a concentrated effort” to locate the nearly 100 women retired from the military in Pahrump alone.

Telles said, “The idea came like a bolt when two women walked by a booth we had and mentioned that there were no pictures or mention of women in the military anywhere. It hit me like a ton of bricks. They were right. I talked to Jerry, and we decided to change that.”

Ninety-seven women veterans have been contacted here. There are approximately 9,000 retired veterans in Pahrump. Many of the retired men will also be attending, according to Telles, to honor the women. Seven people on the committee worked together over the spring and summer to prepare for this ceremony: Jose Telles, Rich Goldstein, Jerry Dumont, Bruce Cox, Brandi Matheny (nine year Navy veteran), Pat Hauser and Shailoh Jamerino.

Pahrump Town Manager Susan Holecheck is a civilian and an ordained minister. She will deliver the opening and closing prayers, and will speak on the honoring of women veterans, Buffalo Soldiers, ROTC members and women’s military contributions.

One 93-year-old, World War II veteran and honoree, Pauline Pavlick, was a Navy Wave, Seaman 3rd Class, from the bombing of Pearl Harbor to the end of the war in 1945. Pavlick will be honored not only for her service, but also her reasons for enlisting.

Services will include an in-person message from Senator Dean Heller, who is a retired Air Force colonel, and Congressman Steven Horsford, via recorded message.

Brandi Matheny, a nine-year Navy veteran, said, “The spirits of the women who have served in the military for the last 220 years, back to the American Revolution, will be present, too.”

Matheny was a combat gunner and the point on a boarding team in the Persian Gulf War during Operation Iraqi Freedom. Women attending this ceremony will represent the U.S. Army, U.S. Marine Corps, U.S. Navy, U.S. Coast Guard, U.S. Air Force and especially remembered will be all POW/MIA women and men.

“This will be done the military way, not like a convention,” said Telles. The service will consist of the placing of dog tags on a seal, one each for each branch of the service. There will be a color guard, the Las Vegas Metro Police will play the bagpipes and there will be a wreath ceremony to honor six fallen women from Pahrump that served in different wars.

A two-hour social time will take place at the Veterans Memorial building after the event.