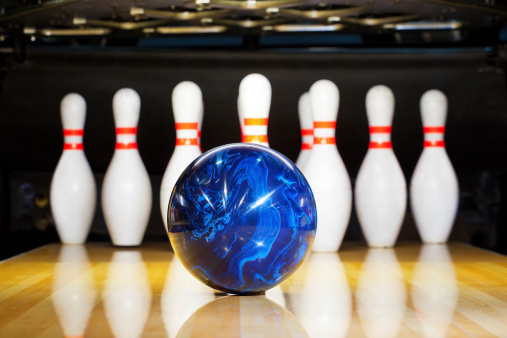 It was the second annual fundraiser hosted by the agency at the bowling alley inside the Pahrump Nugget.

“We raised $1,700, which was slightly short of last year’s goal,” she said. “Regardless, we still had 100 bowlers who showed up and anything that is raised is greatly appreciated and much needed.”

“Pahrump itself doesn’t have a chapter for the Wounded Warriors Project,” she said. “The main organization is in Florida. There is a chapter in California but we don’t one in Nevada just yet.

Additionally, Flanagan said area veterans can call the Wounded Warrior Project to receive information on all of the organization’s services.

“The funds we raise go directly to the national organization,” she said. “They are then distributed among whoever needs it because veterans don’t necessarily have to belong to a chapter in order to receive help from Wounded Warriors.”

As far as not meeting last year’s total, Flanagan said she believes the recent weather conditions in the valley may have played a role.

“I think some people decided to stay at home and out of the rain and cold weather,” she said. “One thing I found in Pahrump, is that when it’s pouring down rain, most people don’t go out. We are definitely going to do this again next year except I’m going to find a way to do something about the weather if it rains again.”