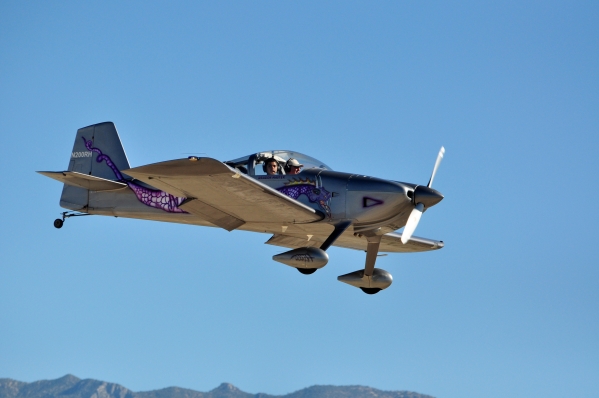 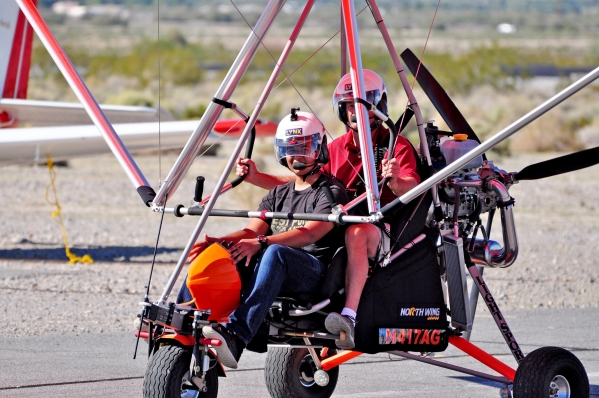 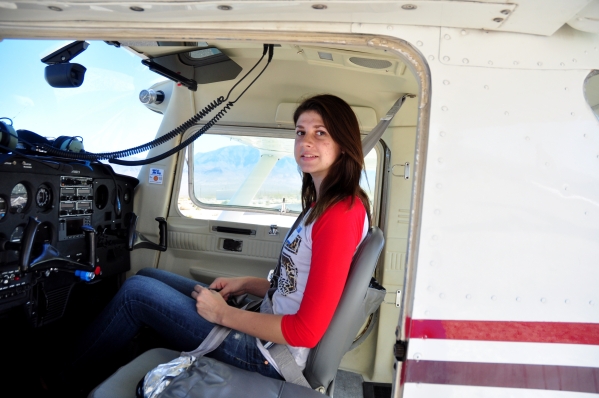 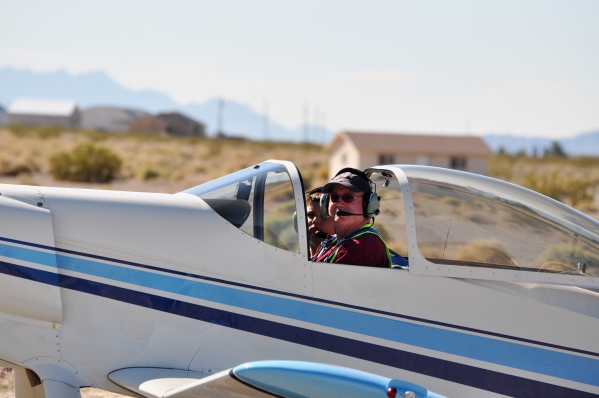 Clear skies and warm temperatures greeted scores of kids and their families at the Calvada Meadows AeroPark for Saturday’s Young Eagles flight event.

At least 10 airplanes and their pilots descended on the site on the north end of town.

Local resident Roy Mankins has been involved with the Pahrump chapter since its inception in the early 1990’s.

He also owns the land.

“It was an outstanding turnout and a perfect day for flying,” he said. “The kids had a great time and the pilots had a great time. There were about 120 kids that actually went up in the air, so it was really busy.”

Pilots brought in a variety of aircraft, most of which are known as experimental.

“We are not a controlled field, which means we don’t have a tower,” he said. “We did have four guys on the field with radios talking to the pilots and they were busy, which is kind of cool. We had 10 airplanes and there were a few certificated airplanes, which are ones that are factory built. Most of them were experimental planes, which means they were built from plans and they are wonderful airplanes.”

Mankins also said each child who made a flight did not go away empty-handed, as they received special recognition from their experience.

He noted that some of the kids experienced the adventure of flight for the very first time.

“All of the kids received a certificate from the Young Eagles Association, plus they also got a certificate so they can go to a complimentary flight training flight,” he said. “I think they all left with a great feeling because they had the biggest smiles on their faces. Watching them is just a wonderful thing and that’s why we do it. Let’s take care the kids and make them happy.”

Local pilot Warren Erickson participated in the event for the first time, taking 14 kids up in the air.

He said he was impressed with how the event was organized and coordinated among crews and volunteers.

“I thought it was great and everything was handled real well,” he said. “There was a lot of organization to it. It was my first time flying with the Young Eagles and I really enjoyed it a lot.”

Ryan Jacobs, 15, said though he’s flown in a hot air balloon once, it was his first time flying in an airplane.

“It was really cool because I’ve never been that high in the air,” he said. “The pilot was showing us how the controls work and pointing to different places like the golf course and other things.”

Much of the activities came to a halt briefly when a medical helicopter was forced to use the part of the aeropark as a landing zone, following a serious traffic collision along Highway 160 late Saturday morning, giving Mankins cause for concern.

“I actually own that property at the airport and I have an agreement with Mercy Air that they can use the landing pad where all the airplanes were parked for medical evacuations when accidents happen on that end of the valley,” he said. “I can arrange for an alternate landing spot whenever that happens, because It was really kind of scary watching the ambulance driving across the field to bring somebody to the helicopter.”

Along with the flights, the local radio-controlled model airplane club attended the event.

Mankins said the club is gaining a lot of popularity in the community among local enthusiasts.

Flying airplanes is pretty much beyond the pocketbook of most people,” he said. “A lot of people love to fly model airplanes and we have a very active model airplane club here. The guys who are in this club will teach you how to fly remote-controlled airplanes. They can advise you on what airplanes to buy and it’s a real hoot.”