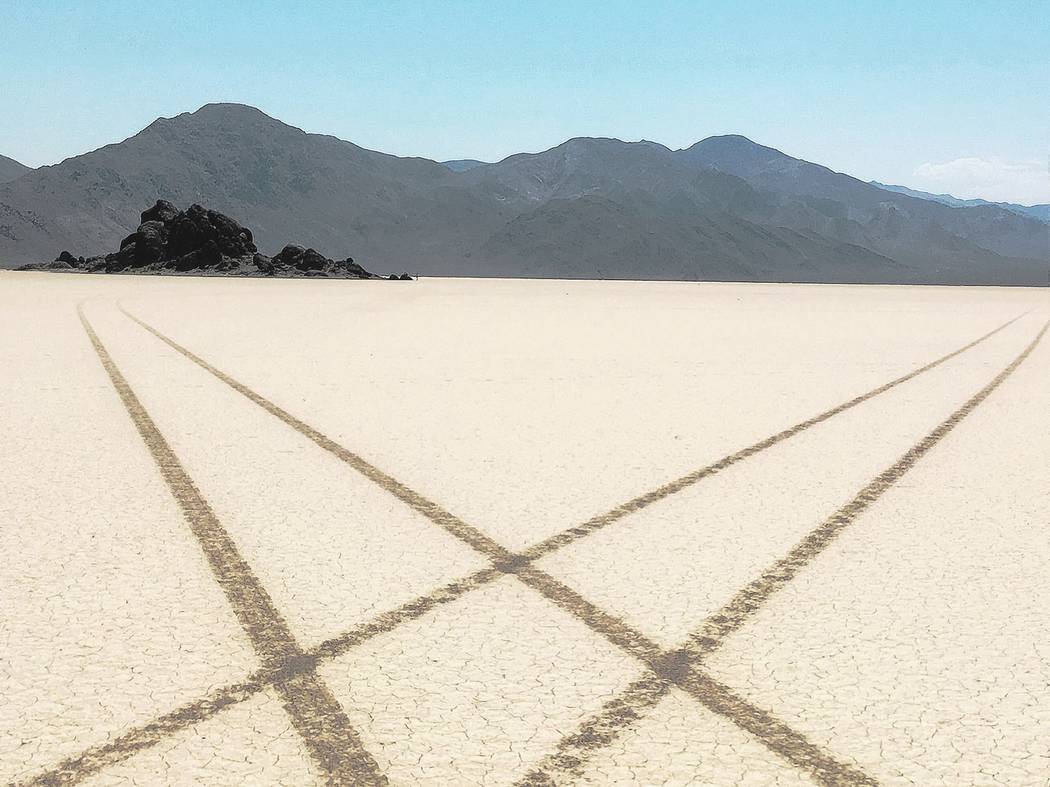 Off-road tracks criss-cross a part of Death Valley off limits to off-road vehicles. Death Valley has been subject to multiple instances of vandalism in the past caused by vehicles traveling off-road, though signs warn visitors not to drive past a certain point. Special to the Pahrump Valley Times

Someone abandoned an old van off-road of the basin, park officials said on a Facebook page. The van left dark brown tire marks across the salt pan that could stick around for years, according to officials.

It takes an additional layer of salt to erase the damage left by tire marks, park spokeswoman Abby Wines said. One solution to the problem is to spray the affected area with water and allow the water to evaporate, leaving a fresh layer of salt.

The van, located about a half-mile off Badwater Road, has since been towed out, Wines said. The process further damaged the pan, but it was worth removing the vehicle from the territory, she said.

As a result of the damage, the national park has applied for a three-year grant to fund restoration required after vehicles have driven off-road, the park said.

Death Valley has been subject to multiple instances of vandalism in the past caused by vehicles traveling off-road, though signs warn visitors not to drive past a certain point.

When asked if the vandalism appeared malicious, Wines said, “Overall, it seems that people don’t know” about the repercussions of driving off-road.

“That puts in people’s heads that it’s OK to do this,” Wines said. And in the case of the Racetrack Playa, which was scarred by a motorist in August, the name itself might contribute to some confusion, but the park would rather not change the name because of its history, Wines said.

With increased awareness of the problem, Wines said, fewer people will drive off-road.