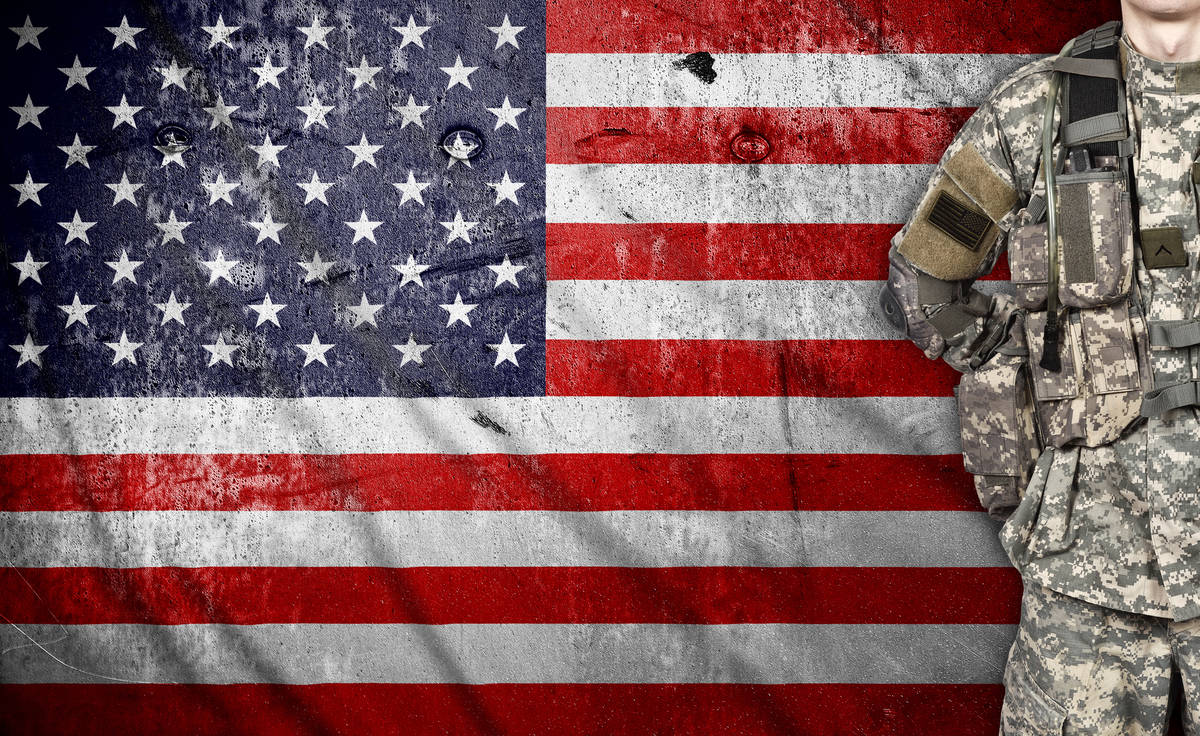 Getty Images Hiring Our Heroes fellow Hilary Tarvin came to RSL-Nellis following a career in aircraft maintenance with the U.S. Air Force, where she supported F-15, F-22 and F-35 airmen, maintenance and engineering teams in the U.S. and England.

More than 400 veterans work at the Nevada National Security Site, and several U.S. Air Force servicemen and women have found the next step of their careers in joining the site’s Remote Sensing Laboratory, based at Nellis Air Force Base in Nevada and Joint Base Andrews in Maryland.

The NNSS is a proud partner of the U.S. Chamber of Commerce Foundation’s Hiring Our Heroes initiative, a nationwide effort to connect veterans, service members and military spouses with meaningful employment opportunities through fellowships. The NNSS also supports DoD SkillBridge, a program for service members to gain valuable civilian work experience through specific industry training, apprenticeships or internships during their last 180 days of service.

“Veterans have a great deal to offer the NNSS, including valuable nontechnical skills such as leadership, decision-making, being dependable and attention to detail,” said NNSS Talent Acquisition Senior Manager Brent Baker, a U.S. Army veteran. “However, understanding the technical and nontechnical skills veterans have developed through military training, education and on-the-job experience can be challenging because military and civilian workplace cultures and languages can seem radically different from one another.”

Hiring Our Heroes fellow Hilary Tarvin came to RSL-Nellis following a career in aircraft maintenance with the U.S. Air Force, where she supported F-15, F-22 and F-35 airmen, maintenance and engineering teams in the U.S. and England. She is now with the NNSS’ applied technologies division. Her career coincidentally intercepted with the Department of Energy’s National Nuclear Security Administration once before as a U.S. Air Force Academy instructor teaching nuclear weapons chemistry, which involved NNSA’s Lawrence Livermore National Laboratory, Los Alamos National Laboratory and Sandia National Laboratories.

“I loved it and thought wow, I want to keep serving our nation, and I have enjoyed the work I’ve done before with the DOE,” Tarvin said. “I’m not serving the nation in the Air Force anymore, but I’m serving the nation with the DOE. In a lot of ways, it’s really similar with meeting with customers and figuring out resources to meet requirements, facilities, security and field management. You’re figuring out those resources and bringing them all together.

“The safety aspect, working around high hazards and adhering to OSHA and risk management, is very similar to the Air Force. It’s just a different set of hazards.”

Sean Hutchison, with a U.S. Air Force career spanning more than 20 years in information technology program management across the globe, also had an instance of happenstance that introduced him to working at the NNSS. Last year, he coordinated a trip to the National Atomic Testing Museum – featuring much of the site’s extensive history – with his squadron. Now, he is working with the NNSS’ Emergency Communications Network team at RSL-Nellis through Hiring Our Heroes.

“I think some may dismiss these kinds of opportunities for not being that in-depth, but they are,” Hutchison said. “For people who are exploring the NNSS as an as option, I would do a lot of research into the background and history of the organization because it gives perspective into the scope of what the NNSS is responsible for.”

Veteran Kevin James joined the NNSS’ nuclear response division as a business specialist this summer following a 28-year career in the U.S. Air Force that included eight deployments to the Middle East and 11 moves worldwide. Most recently, James was a support squadron chief master sergeant who oversaw more than 900 Air Force members in 11 directorates at Nellis Air Force Base.

“Coming from DoD to DOE missions feel the same,” James said. “I think it is service to our nation. There’s purpose and a sense of community. Some struggle to walk into another position. Veterans or retirees, we all tend to miss the community we came from and sense of belonging. It translates perfectly over to the NNSS.”

Similarly, Tarvin says she has found a surprising number of ways the NNSS enables her to stay connected to her U.S. Air Force roots.

“I absolutely encourage veterans to look into the DOE and NNSS,” she said. “We’ve got a lot of the technical and leadership skills that translate well and have security clearances that enable us to jump straight into work. All of those things have made this a fantastic lateral transfer. It’s nice to be connected still. We’re not disconnected from the national defense world, it’s the flipped side of the coin.”

Veteran looking for their next career opportunity can learn more by visiting https://www.nnss.gov/pages/NFO/EmploymentJobs.html