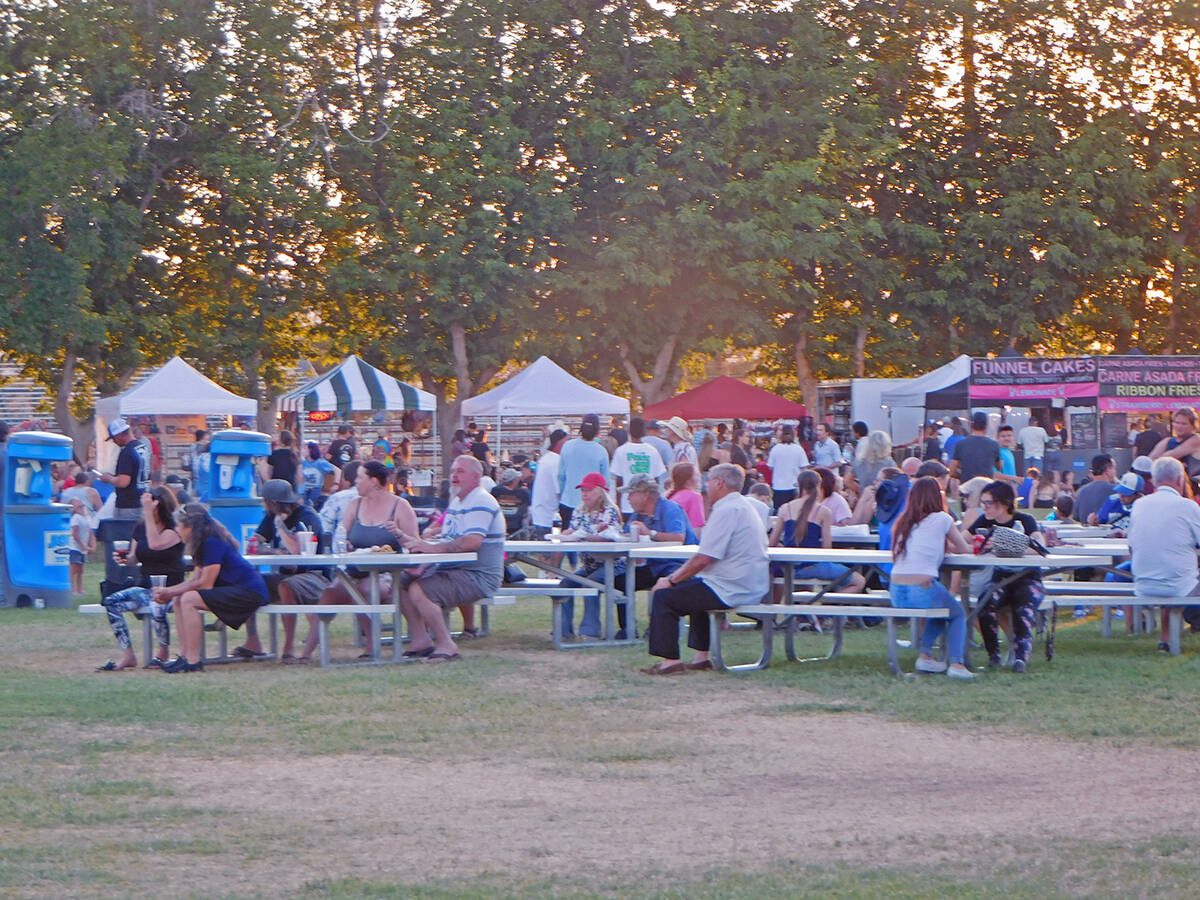 Robin Hebrock/Pahrump Valley Times Officials at the Nye County Sheriff’s Office are hoping for a large turnout for the 2nd annual Faith and Blue initiative on Saturday Oct. 9, at Petrack Park from 8 a.m. to 8 p.m. The event is designed to create safer and stronger communities by way of partnerships among law enforcement and residents through the connections of local faith-based organizations. Admission is free.

It’s an opportunity for the community to join together with area law enforcement agencies and churches by way of an initiative known as “Faith and Blue.”

As such, the Nye County Sheriff’s Office is hosting its 2nd annual Faith and Blue observance at Petrack Park on Saturday, Oct. 9, from 8 a.m. to 8 p.m.

As stated on its website, Faith and Blue was launched to facilitate safer, stronger, and more unified communities by directly enabling local partnerships among law enforcement professionals, residents, businesses and community groups through the connections of local faith-based organizations.

Nye County Sheriff’s Auxiliary Chaplain and Faith and Blue coordinator Drake Austin spoke about several recent community Faith and Blue events which led up to tomorrow’s observance in the park, including a 5k run, and a diaper run, along with a golf and bowling tournament.

It should be noted that Austin, who is the Nye County Sheriff’s Office chaplain, and jail chaplain, is also pastor of Saturday’s host church, Central Valley Baptist Church.

“The golf tournament went fine as well as the bowling tournament,” he said. “The 5k run had a few people there, but it didn’t have the turnout that we expected, but that’s OK because we made a showing out there to let the public know that we are out there for them.”

Regarding Saturday’s free admission event, Austin said there will be music, vendors, and of course, the opportunity to meet and talk with local law enforcement officials.

“They’re going to have Christian bands playing all day long and we’ll have a lot of vendors there,” he said. “The food vendors are always popular and we didn’t charge them to set up their booths. We are looking forward to a great turnout on Saturday in the park because it’s all for a great and important cause.”