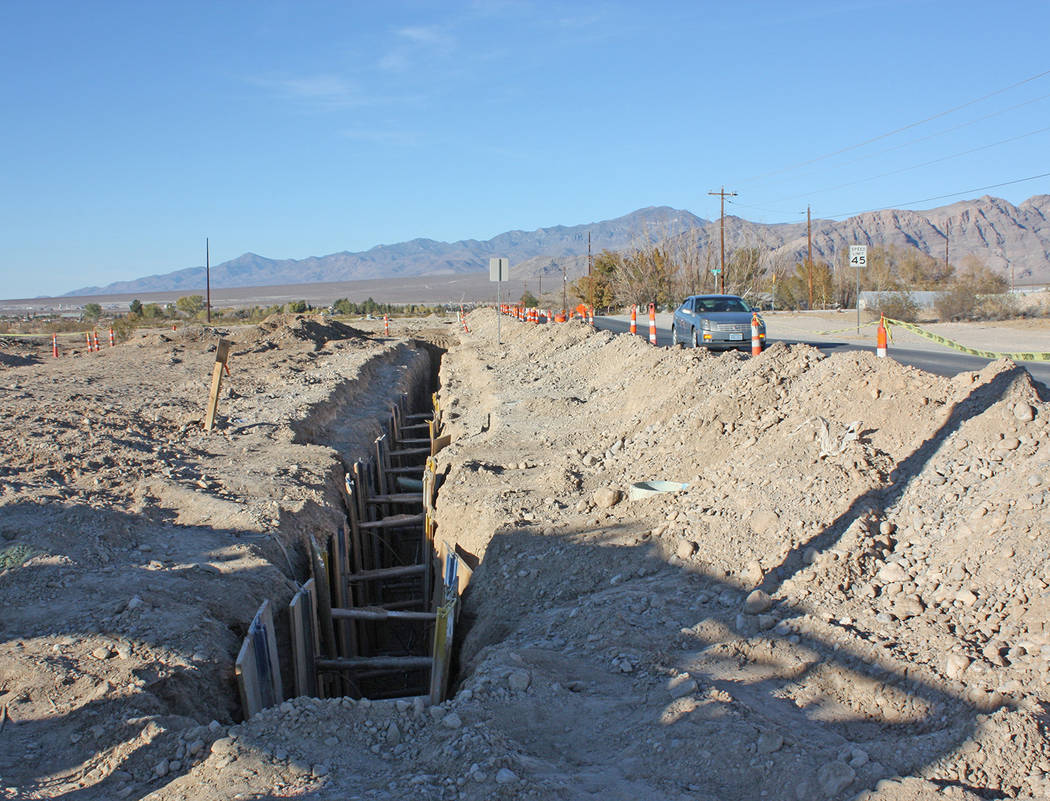 Robin Hebrock/Pahrump Valley Times Utility infrastructure work is currently underway on Hafen Ranch Road, as shown in this photo taken Nov. 14. The work is being done to connect a marijuana facility to water and sewer services. 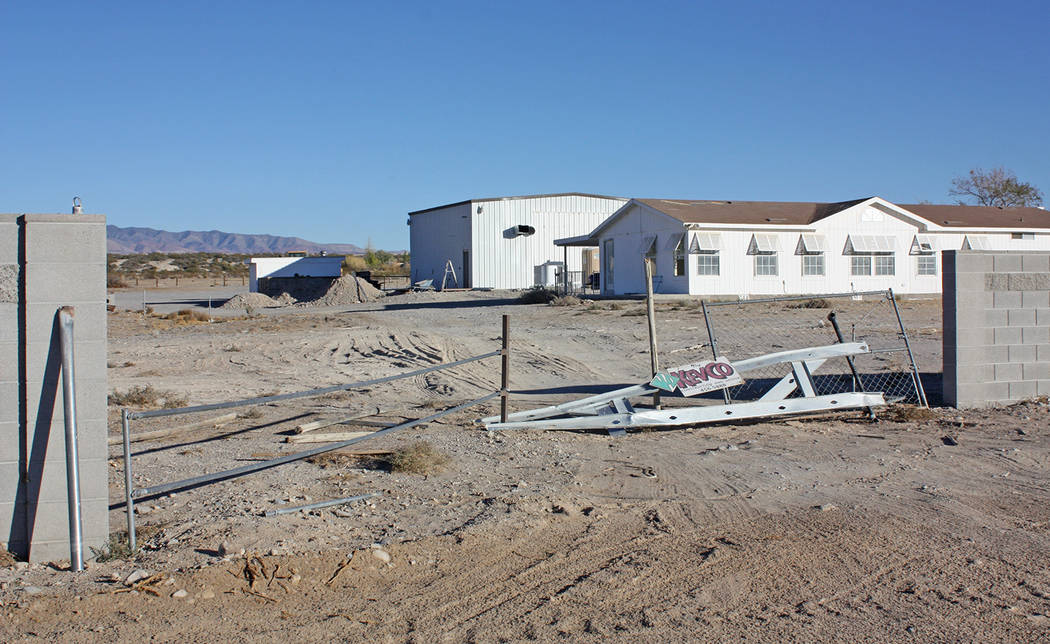 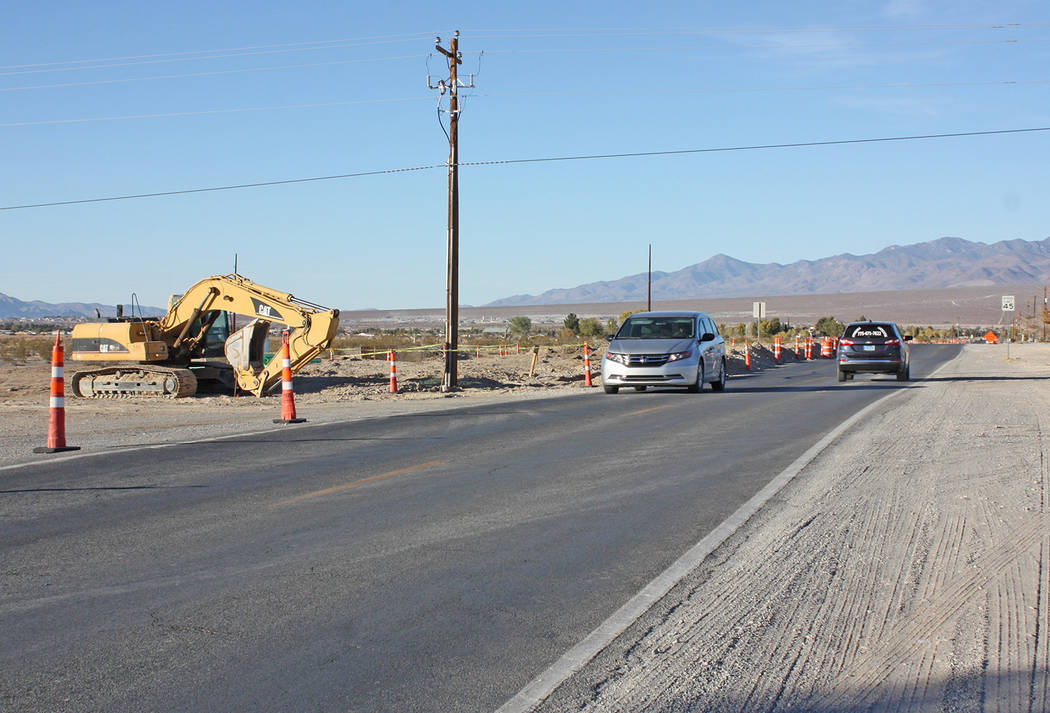 Robin Hebrock/Pahrump Valley Times Motorists travel up and down Hafen Ranch Road where new utility lines are being installed to service a marijuana business located in the area.

Nevada Natural Medicines LLC went before the Pahrump Regional Planning Commission this week for a request to have land that was previously zoned for marijuana rezoned for such use, a necessary housekeeping item in order for the company to meet its state-provided deadline for operation.

The subject property is located at 6041 S. Hafen Ranch Road, adjacent to K7 Pizza on the southern end of the Pahrump Valley. According to Nevada Natural Medicines, the state has required the company to open the doors on its marijuana cultivation and production establishment before the calendar turns to a new year and the business is steadily surging forward in order to meet that deadline.

Although this particular establishment originally drew public pushback when initially licensed in 2015, there was only one resident who spoke against the item on Nov. 14 and little discussion by the planning commission members. The rezoning request passed unanimously with a 6-0 vote, with planning commission chair Greg Hafen II abstaining.

For many who live in the area, this will be of particular interest due to the roadwork that has created a construction zone on Hafen Ranch Road for several months.

“Once this construction is completed and passes all utility inspections, it will be dedicated to the utility,” Hafen II explained. He had abstained from the Nov. 14 vote because of this fact.

The Pahrump Valley Times reached out to Nevada Natural Medicines Manager Scott Sibley to learn when the infrastructure project might conclude and the road return to normal but a response was not received as of deadline. However, it is fairly safe to assume the construction should be completed sometime before the end of 2018, as the state deadline dictates that Nevada Natural Medicines has until Dec. 31 to officially open the operation.

“To date we have spent over $1,200,000 on tenant improvements with a large portion of it being with local Nye County contractors,” the letter of request for the zone change stated where the project stood at that point. “We are in the final stages and will be complete by the Dec. 31, 2018 deadline that was given to us by the state of Nevada to finish construction and open the facility.”