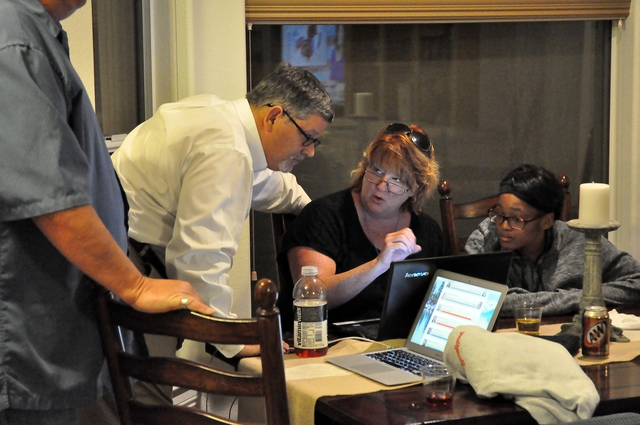 The 15-member caucus appointed District 36 Assemblyman James Oscarson as the co-assistant minority leader from the south.

Oscarson was re-elected to the Assembly after easily beating his opponent, brothel owner Dennis Hof, in last week’s General Election. Shortly after his victory, Oscarson said he was ready to work as one with both political parties.

“When you’re elected you work for everybody, not just a particular party,” Oscarson said. “I look forward to working with the constituents in this district, as I’ve always enjoyed it and I am going to continue to do that.”

Anderson, who served as majority leader in the 2015 session, when Republicans controlled the 42-member Assembly, said he is “proud and humbled” at his colleagues’ show of support.

“We will work with Gov. Brian Sandoval, our Republican colleagues in the Senate and the Democrat leadership to ensure that the education reform package passed last session will be fully adopted along with the economic development policies that have led to the creation of tens of thousands of new, high-paying jobs in Nevada,” Anderson said.

The other leadership choices included Jim Wheeler of Minden being appointed as northern co-assistant minority leader, Melissa Woodbury of Henderson as the minority whip, and John Ellison of Elko as the rural minority whip.

Republicans are in the minority in the Assembly after losing 10 seats in last week’s General Election. Democrats now have a 27-15 majority.