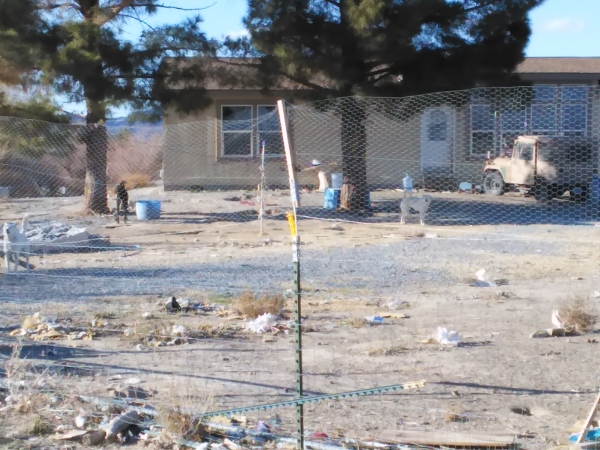 Local attorney Nancy Lord was arrested on Saturday after failing to appear in court last week for her bench trial.

Prosecutors said Lord, on numerous occasions, exceeded the limits of what the Nye County code allows as far as how many dogs one can keep on their property.

Lord’s bail was set at $50,000 in Pahrump Justice Court on Tuesday.

Pahrump Justice Court Judge Margaret Whitaker issued a bench warrant for her arrest after she failed to appear Thursday.

Vieta-Kabell said his office has been frustrated, due to several delays.

“Here we are today, where the state was prepared to proceed again with more than a dozen witnesses present and Ms. Lord did not show up at all,” he said. “I don’t know the reason why she did not show up at this time, but the pattern on this case is one of delays, so the state requested a bench warrant and we were very happy to see Judge Margaret Whitaker issue the bench warrant.”

Additionally, the prosecutor noted previous delays have created headaches for those scheduled to testify in the bench trial.

In July 2013, Lord filed a complaint in District Court against Nye County Animal Control seeking either a restraining order against animal control from removing the animals from her property, or expenses to cover her move to remedy the situation created by Ordinance 430.

Vieta-Kabell meanwhile, noted the DA’s office is getting increasingly frustrated with Lord’s apparent inability, or unwillingness to come into compliance with the ordinance and showing for scheduled court appearances.