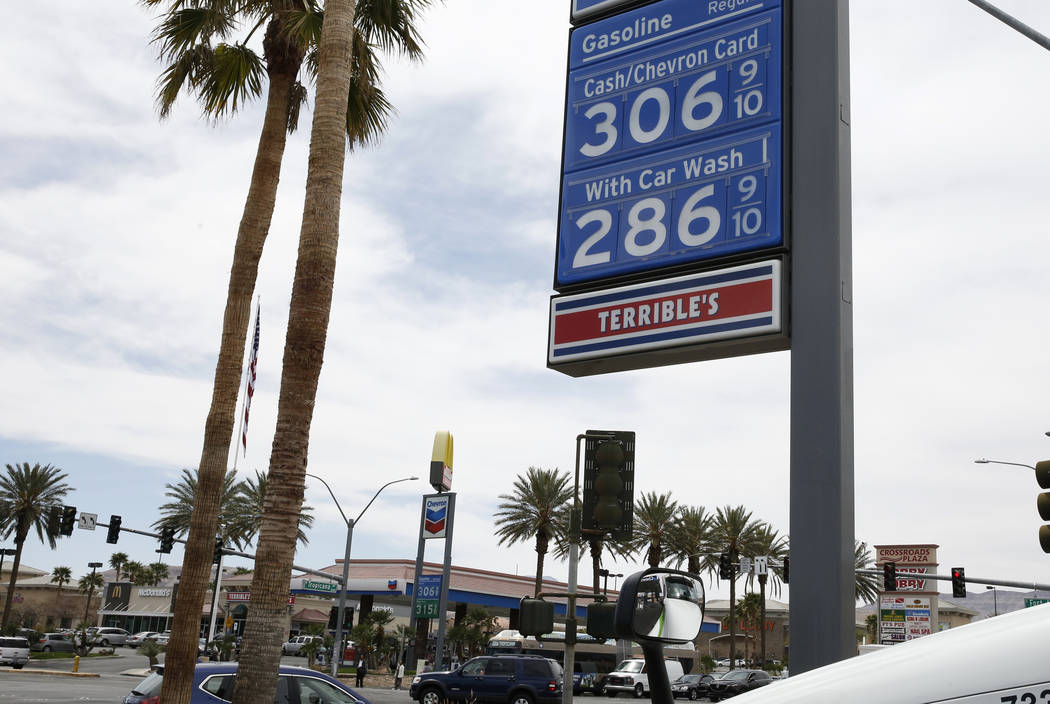 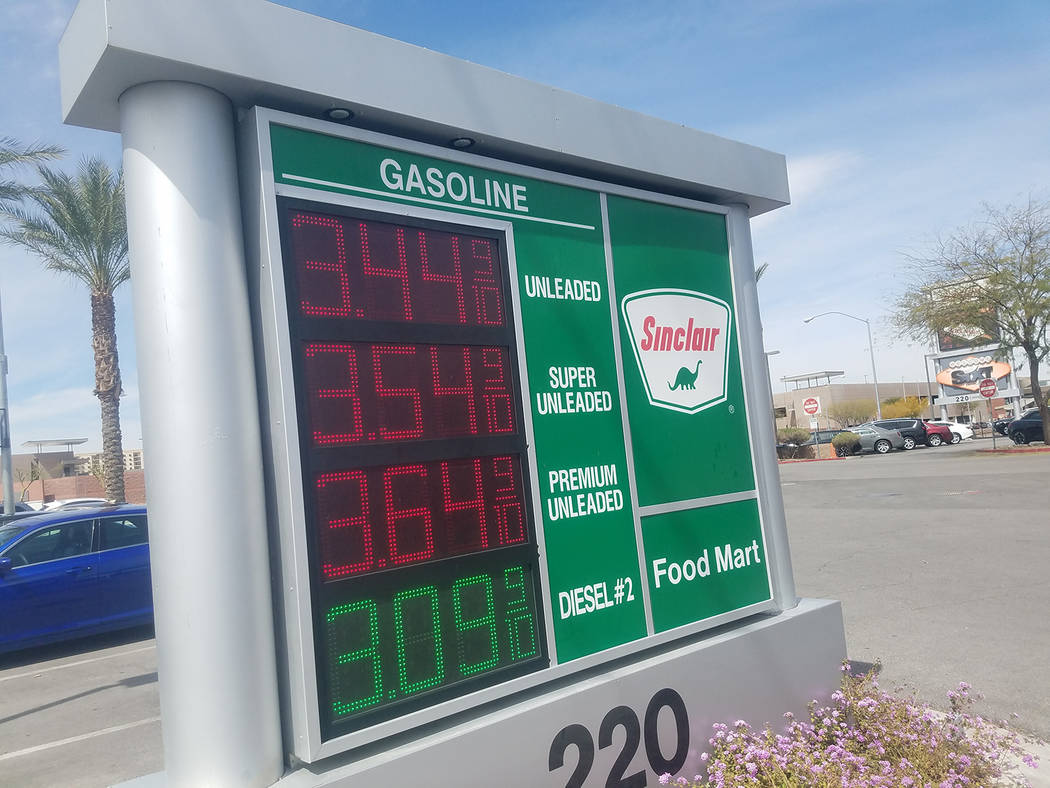 David Jacobs/Pahrump Valley Times The higher gas prices in Nevada are shown on this sign near McCarran International Airport on Saturday, April 7 in Las Vegas. The prices have been on the rise around Nevada. 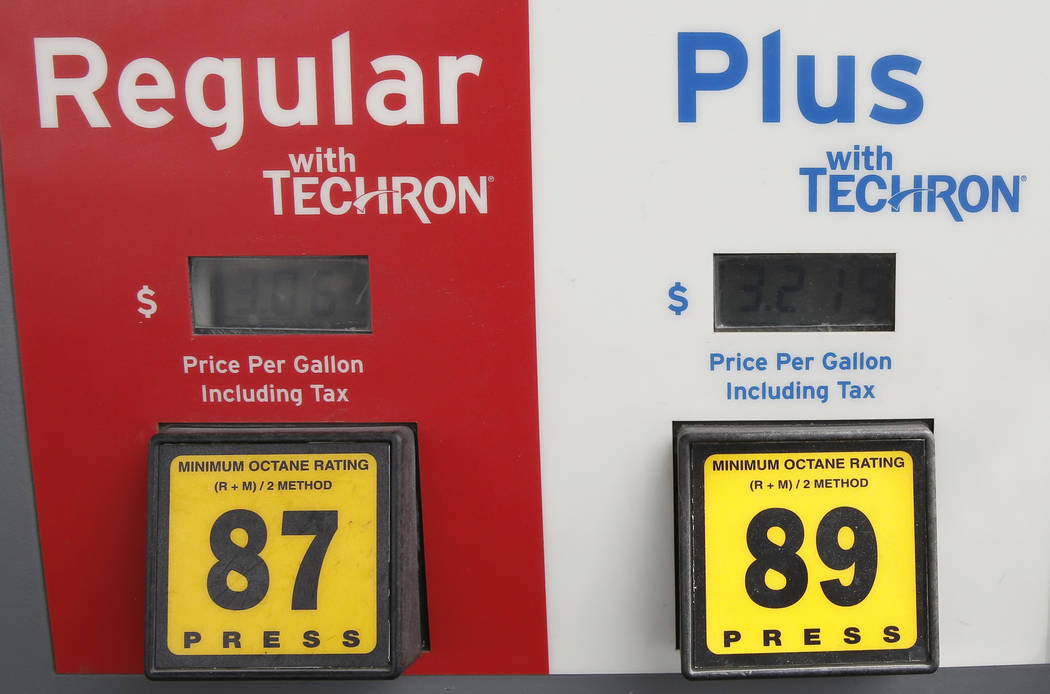 Bizuayehu Tesfaye/Las Vegas Review-Journal Gas prices are at Chevron gas station off Fort Apache Road on Monday, April 2, 2018, in Las Vegas. The prices are increasing around the state. 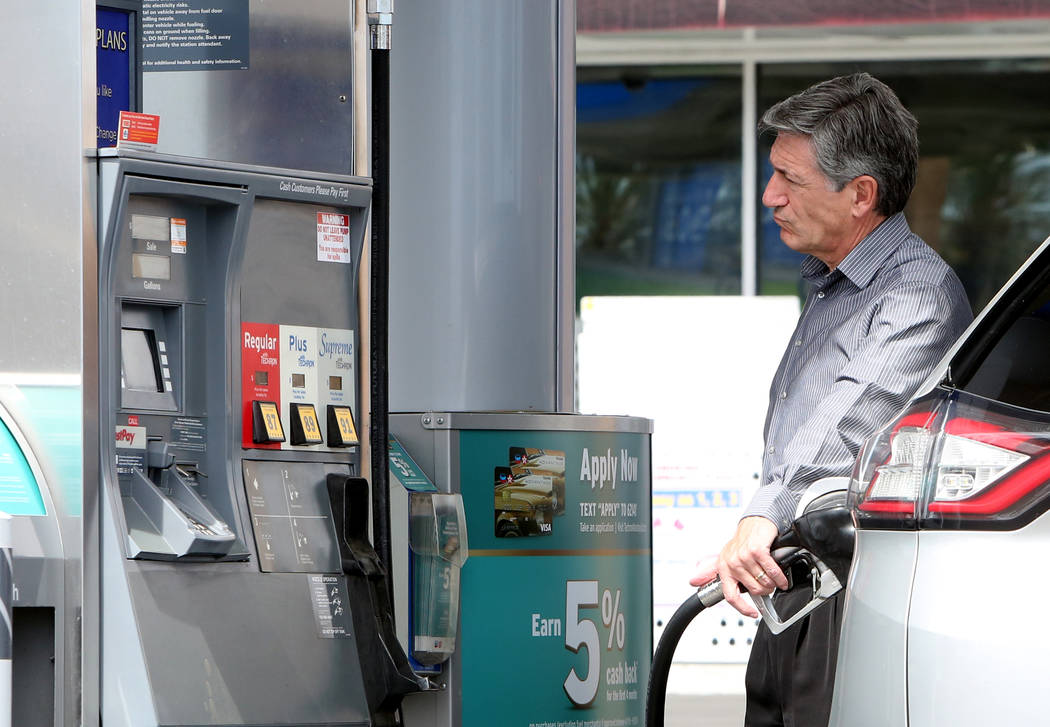 Bizuayehu Tesfaye/Las Vegas Review-Journal A customer pumps gas at Chevron gas station in Las Vegas on Monday, April 2, 2018, in Las Vegas. Prices are on the increase across Nevada. 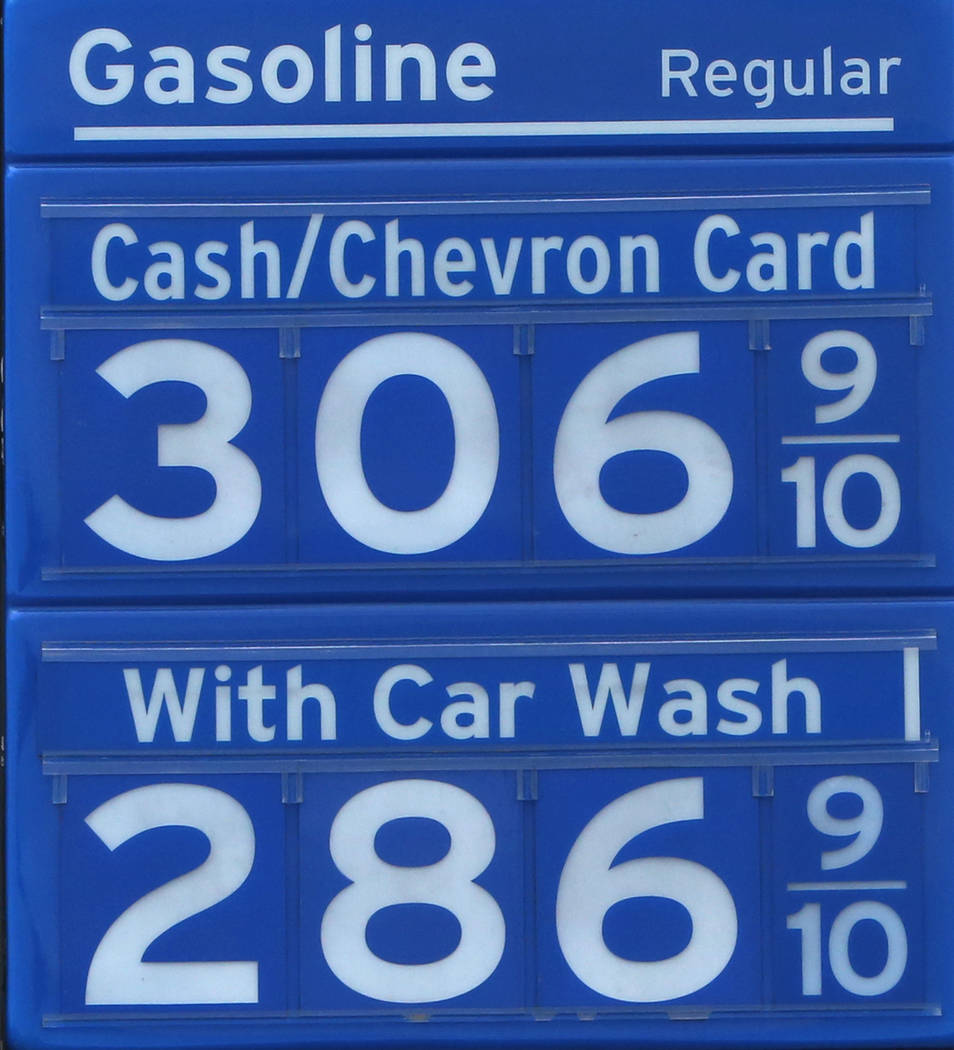 Nevadans will pay more at the pump this summer, as the statewide average price for gasoline this week soared to $3 per gallon for the first time in nearly three years.

Gasoline prices in Nevada jumped 8 cents over the past week as oil refineries across the country do some “spring maintenance” by switching from the winter blend of fuel to a costlier summertime mixture, said AAA Nevada spokesman Michael Blasky.

Growing demand, a stronger economy and higher oil prices are also driving up the cost of gasoline to $3 per gallon for the first time in Nevada since September 2015, Blasky said. Crude oil sold for roughly $65 per barrel on Monday, up from an average of $40 a barrel last summer.

Prices in Pahrump generally remained under $2.75 per gallon this week. Las Vegas Valley gas prices on Monday also hit an average of $3 per gallon, but those aren’t the highest in the Silver State. In Sparks, a gallon of unleaded gas costs $3.19 on average, followed by $3.13 in Reno, according to AAA.

Expect gas prices to soar like the summertime temperatures as vacationers hit the road between Memorial Day and Labor Day.

“It’s likely that Nevadans could be paying more than $3 at the pump for much of summer,” Blasky said in a prepared statement.

“More people are driving for work, taking vacations and spending money on travel,” he said. “That’s a good sign for the economy, but strong demand will drive up gasoline prices.”

The national average price for a gallon of gas was $2.66, an increase of 13 cents over the last month and a jump of 33 cents from a year ago, according to GasBuddy.

Gas prices have increased by more than 15 cents per gallon over the past month in 17 states, said Patrick DeHaan, head of petroleum analysis for GasBuddy.

“Think of the spring surge as a bit of a race. Some states will see their prices rally early and fast-paced, while others lag behind,” DeHaan said. “So no matter if prices near you surged or haven’t, we’re all going to eventually feel a similar rise among all states.”

For a closer look at the price increases and how Nevada compares to other states, see the April 4 edition of the Pahrump Valley Times.