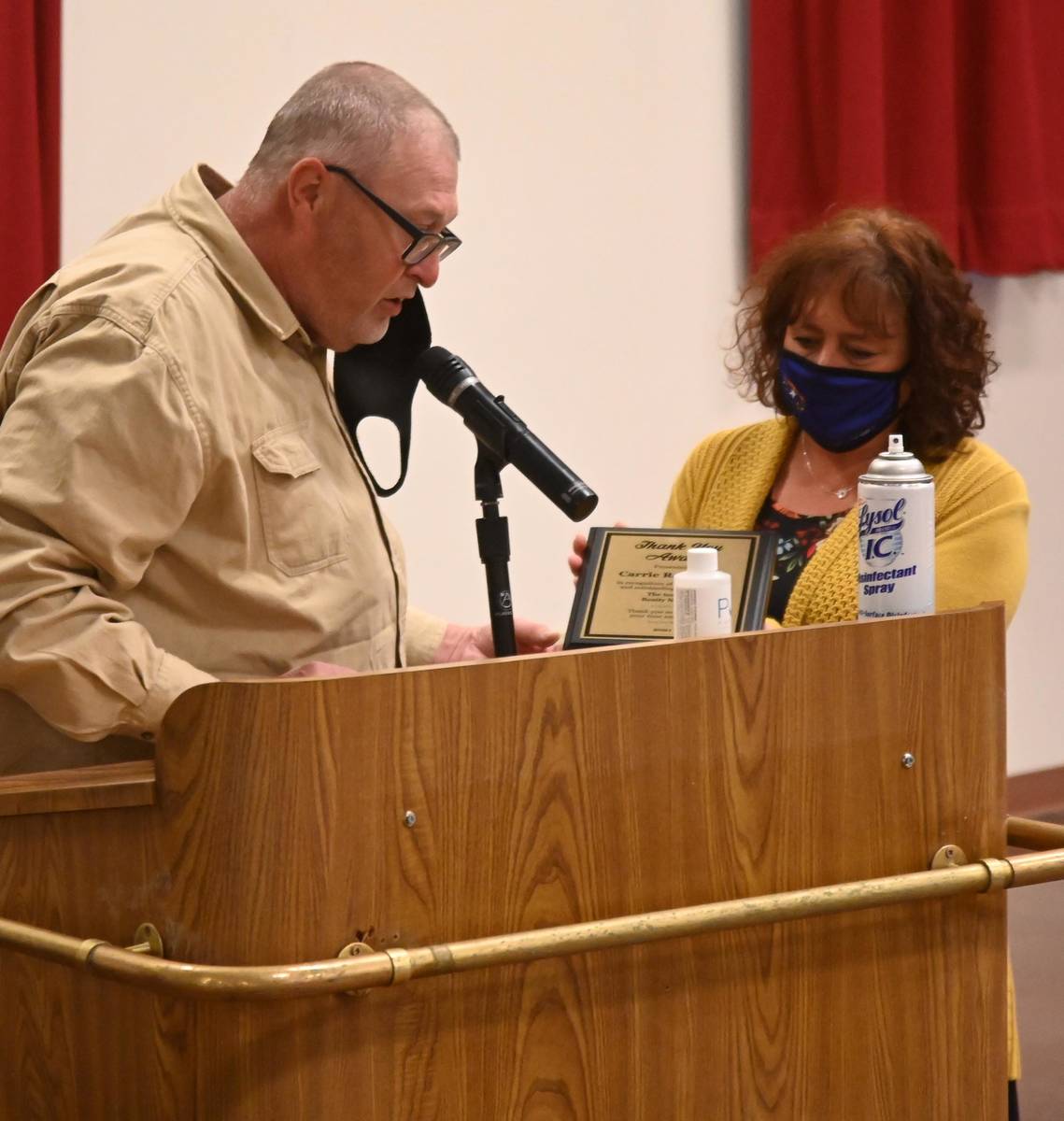 Richard Stephens/Special to the Pahrump Valley Times Randy Reed presents a plaque to Carrie Radomski thanking her for her efforts on behalf of the town. 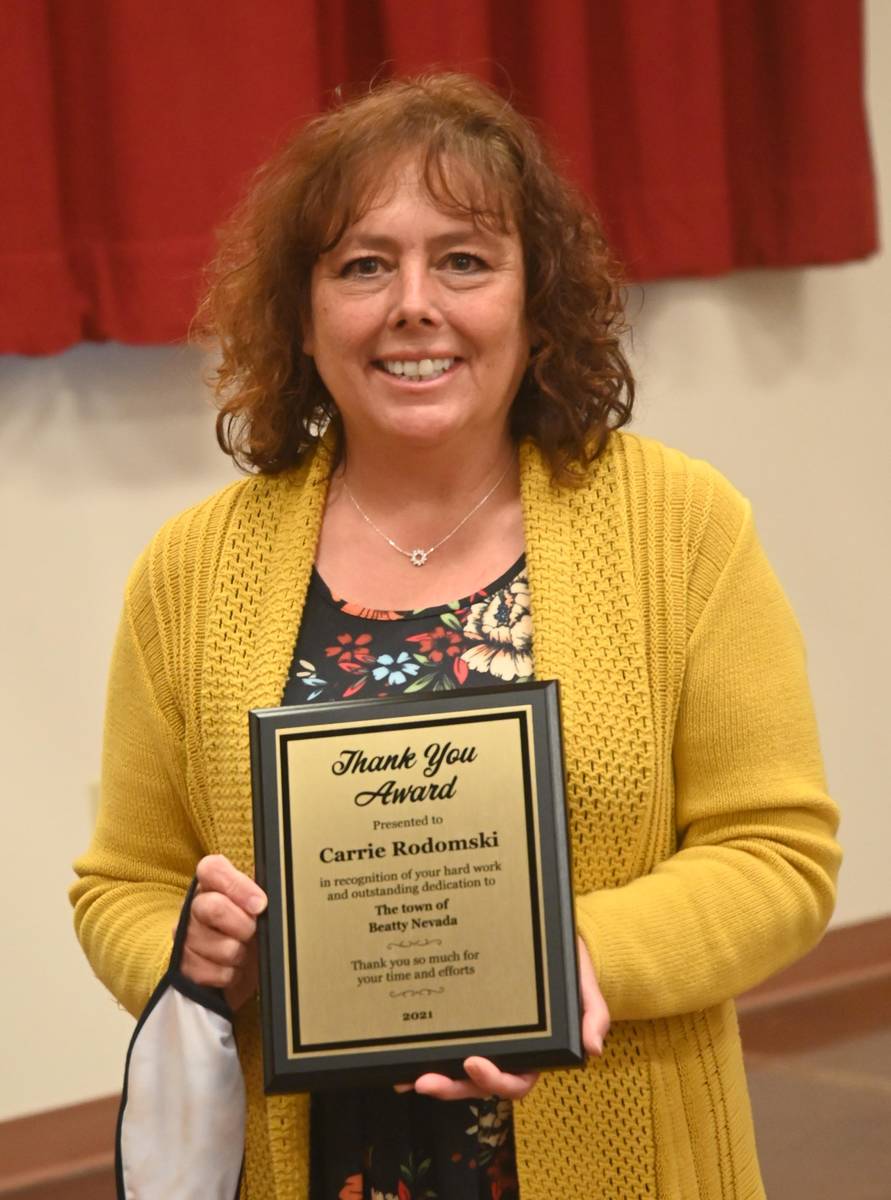 Richard Stephens/Special to the Pahrump Valley Times Beatty Town Secretary Carrie Radomski with a plaque thanking her for her work on behalf of the town.

After holding its annual budget workshop an hour before its March 29 meeting, the Beatty Town Advisory Board approved a fiscal year 2022 budget that, in the words of town secretary Carrie Radomski, “mirrors” the 2021 budget.

Beatty Chamber of Commerce President Ann Marchand agreed with keeping the Chamber’s budget, which is augmented by the town, the same, adding, “If we don’t need it, we won’t spend it.”

Gray also said that they are hoping to be able to keep the museum open seven days a week, rather than five.

Board treasurer Erika Gerling plans to consult with the county treasurer’s office to find a way to set aside money as a line item in case the town is called upon to provide emergency funding for the Beatty Senior Center.

Regarding the budget, Gerling said, “We’re going to pretty much use the numbers from last year and be conservative as always.” She said that this conservative approach to spending is why the town has continued to be in good financial shape.

The budget approved by the board is tentative, pending approval by the county.

The board also approved spending up to $375 for two benches for the VFW Dick Gardner Memory Garden, which is to be located on the corner of Highway 374 and Third, across Third from the post.

Chairman Randy Reed said he had been approached by many people who said the board should do something to recognize the work of Secretary Radomski in organizing and managing the Covid-19 vaccination clinics in Beatty. On the days of vaccinations, besides calling people to give them their appointment times, Radomski was constantly rushing around with a clipboard, locating people who were waiting in their vehicles, giving them their paperwork and telling them when it was their turn to enter the building. In response, Reed presented her with a plaque thanking her for her efforts.

Nye County Sheriff’s Lieutenant Allen Lynn addressed the board briefly, saying that they were “amping up traffic enforcement” on Highway 95 between the Highway 373 junction and the county line to the north. He said this was in reaction to “a lot of fatalities lately,” specifically in areas of road construction.