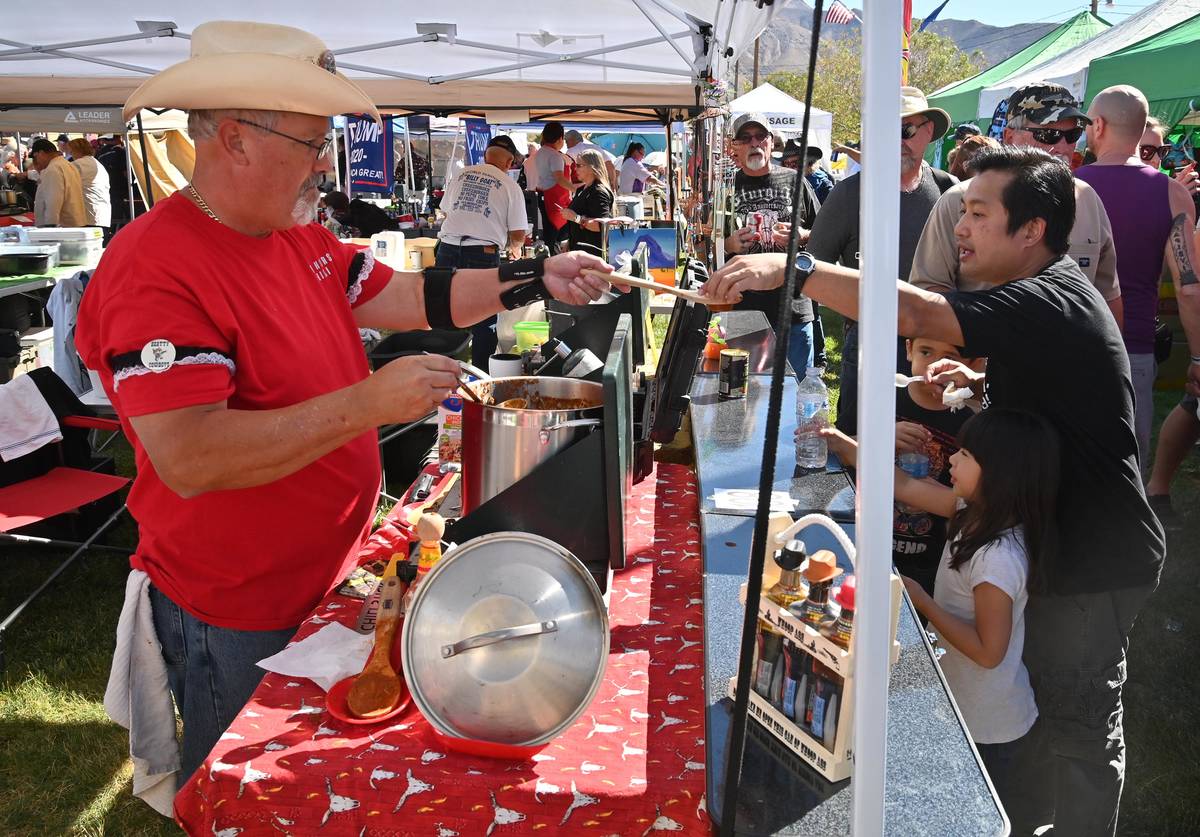 Richard Stephens/Special to the Pahrump Valley Times The chili cook-off is a popular part of Beatty Days and one of the reasons the event draws large crowds. 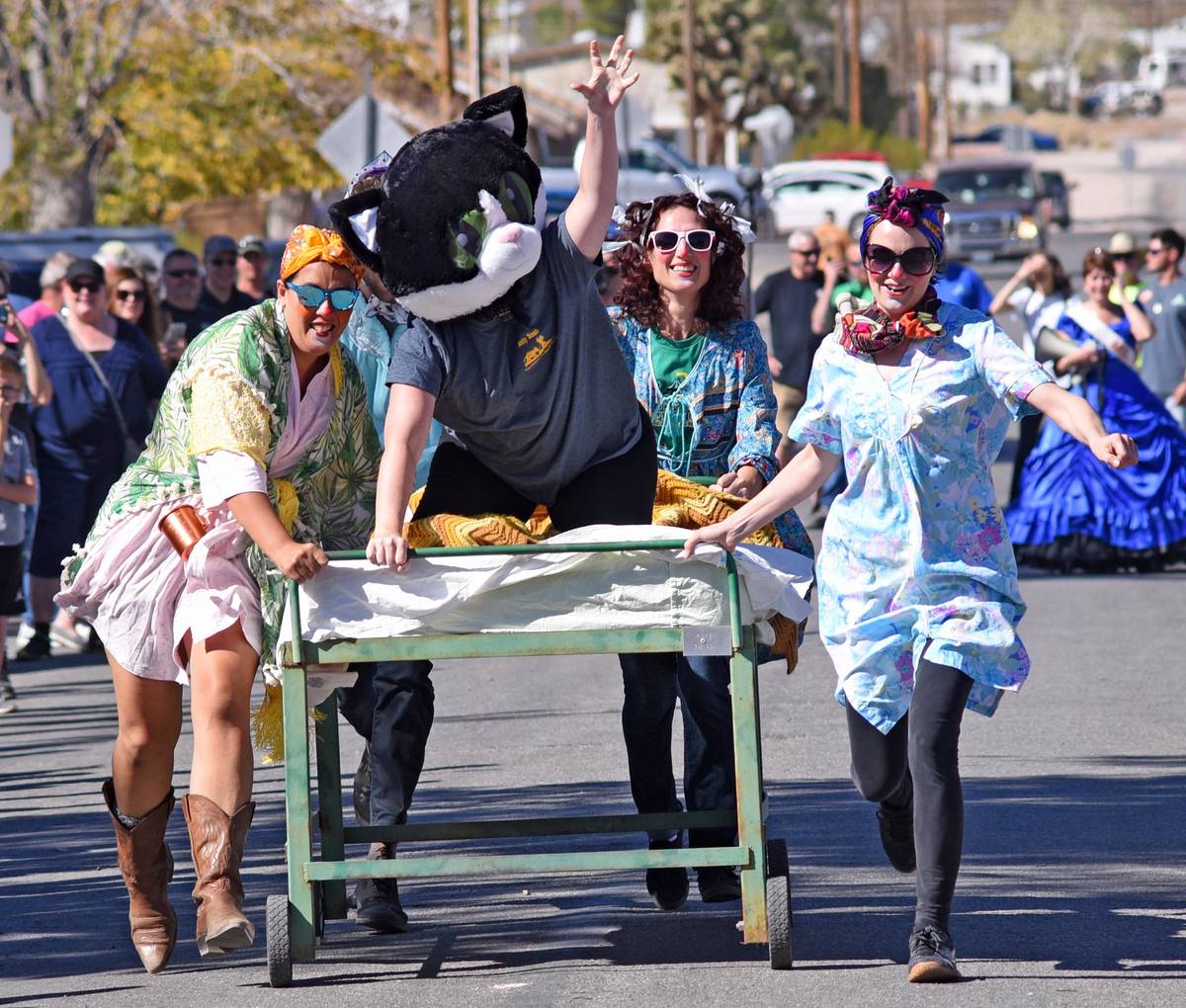 Richard Stephens/Special to the Pahrump Valley Times The always hilarious bed races will once again be part of the creative competition at the Beatty Days festivities in October.

Richard Stephens/Special to the Pahrump Valley Times Classic cars driving along the parade route will most likely end up on display in the car show in Beatty's Cottonwood Park. 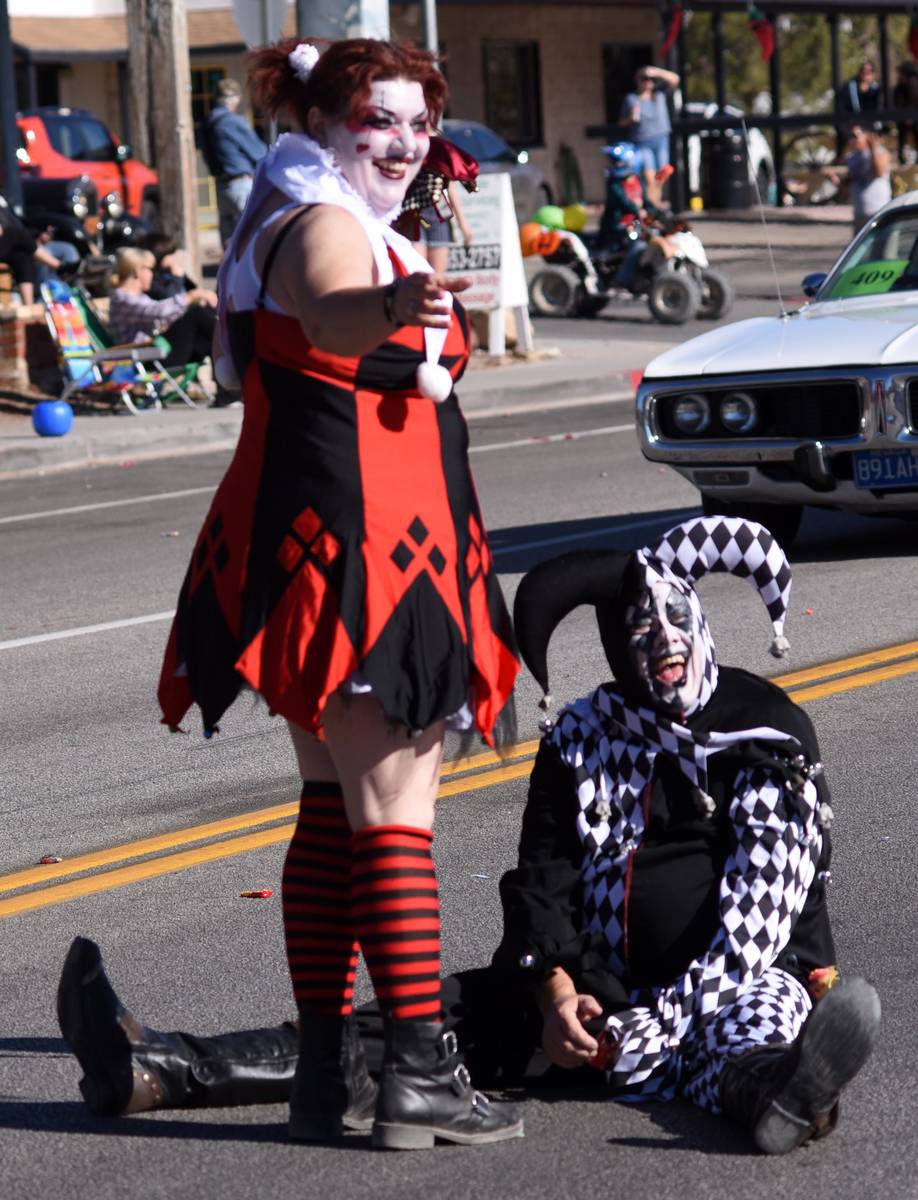 Richard Stephens/Special to the Pahrump Valley Times Parade participants perform in character for onlookers at a past Beatty Days celebration.

A long awaited decision has been made. The Beatty Chamber of Commerce has given the green light to the town’s biggest annual event after its Covid-19 hiatus last year. Beatty Days is once again set for the last weekend in October.

Chamber President Ann Marchand said they waited until the governor announced the return to full capacity to make their decision on whether to hold Beatty Days this year. They also watched to see what decisions were being made about Tonopah’s Jim Butler Days and Pahrump’s Fall Festival.

“We’re thinking that by October everything will be great, or we’ll be back in lockdown,” says Marchand.

She said that the chamber already had compiled a list of vendors asking for applications before they made the decision to go ahead. They had also already had inquiries from some past participants, including the Pahrump Model Railroad Club.

A nationally sanctioned chili cook-off has long been one of the most popular parts of Beatty Days, and Marchand says there will be two back-to-back cook-offs this year, including a youth category.

Beatty Days has always featured all kinds of creative competitions, from bed races and Halloween costume contests to the pickle liquor hoot ‘n holler. A new addition this year will be a cornhole tournament.

Goldwell Open Air Museum will be hosting its Bullfrog Biennial event at the Red Barn Art Center at Rhyolite concurrent with Beatty Days.

This is anticipated to include work by thirty or more invited artists. In 2019, some of that year’s artists participated in the Beatty Days parade and even competed in the bed race.