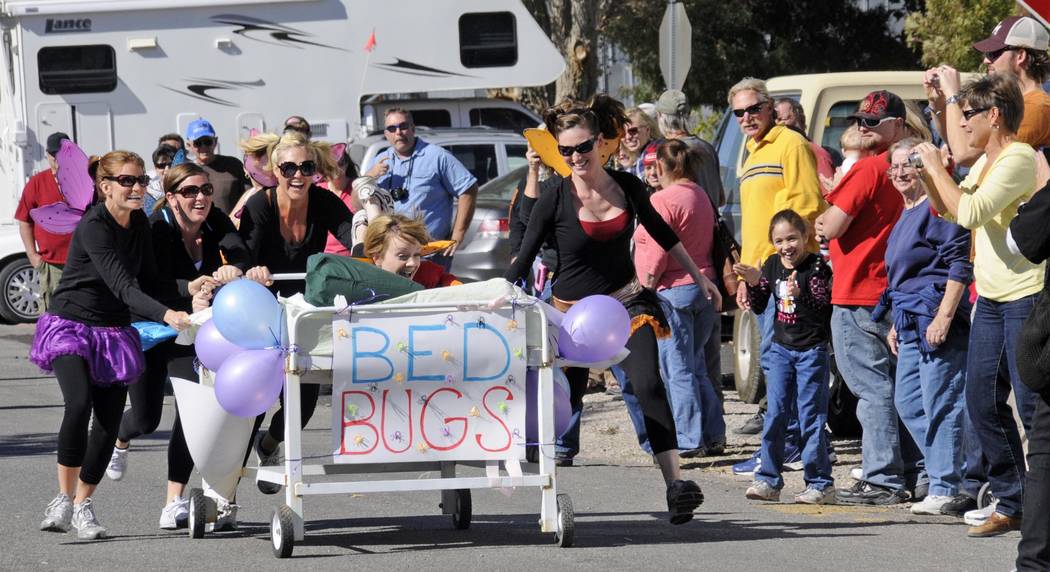 Richard Stephens/Special to the Pahrump Valley Times The bed races are just one of the hilarious and fun events of the Beatty Days celebration. 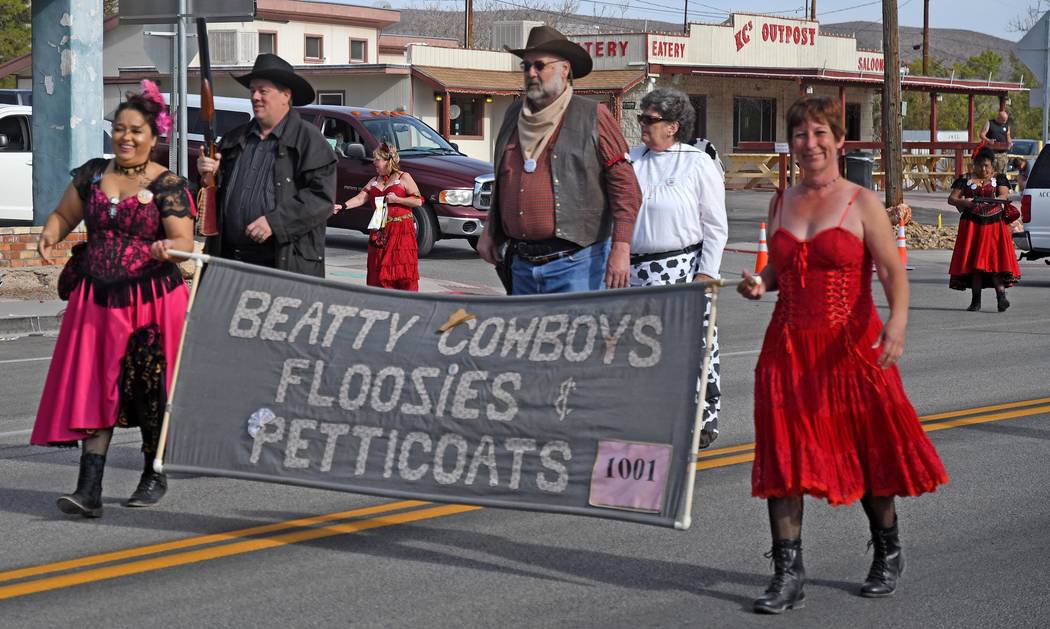 Richard Stephens/Special to the Pahrump Valley Times Cowboys and Floozies walk down the street in the parade during a past Beatty Days.

Things will really be hopping in Beatty this coming weekend, Oct. 25-27. Not only will it be Beatty Days weekend, but there will be concurrent events at the Red Barn Art Center at Rhyolite and at Spicer Ranch north of town.

Beatty Days, in Cottonwood Park, looks to be bigger than ever this year.

It will feature food and craft vendors, live music, the traditional array of odd events like the bed races and the pickle liquor hoot-n-holler, live cowboy shootouts, Halloween costume and pumpkin carving contests, a classic car show, and much more.

New events at Beatty Days this year include a motorcycle poker run and a kids’ creative activity booth.

The model railroad exhibition will expand, adding an HO3-gauge section. The sanctioned chili cook-off will add a youth division. This will feature Beatty resident Joey Taylor, the only person ever to win all four cook-off categories in the International Chili Society World Championships.

Art lovers can enjoy entries in the annual Desert Art Contest, which will be on display at the Beatty Community Center, and Goldwell Open Air Museum will be hosting a curated art exhibit at the Red Barn Art Center featuring more than 30 artists.

This event, dubbed the Bullfrog Biennial, will also feature a performance art piece on Friday afternoon, and live music on Saturday afternoon.

Children will have ample opportunity to achieve a sugar high over the weekend. They can collect candy tossed by participants in the Beatty Days parade on Saturday, and there will be trunk or treats at the Beatty Days classic car show and at the Spicer Ranch Bike Fest.

Beatty Days organizers are hoping that the other events will bring more people to Beatty and increase attendance at the town event rather than pulling people away.

More information, including schedules, can be found online. The easiest way to find them is to Google Beatty Days 2019, Bullfrog Biennial, and Beatty Days Bike Fest. They can also be found on the Beatty Townsite News Facebook page.

Richard Stephens is a freelance reporter living in Beatty. He is also a member of the board of directors of Goldwell Open Air Museum.