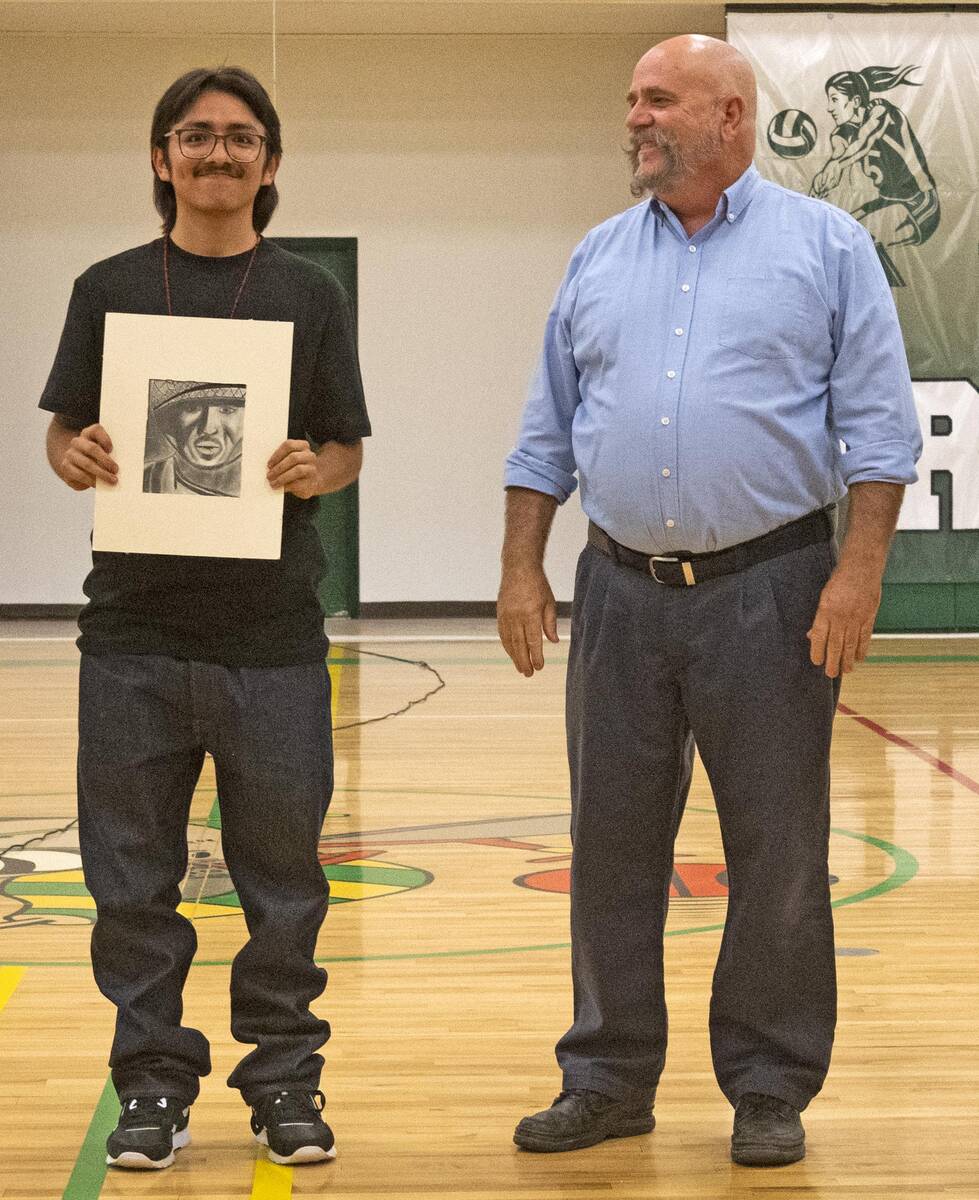 Alvarez, of Amargosa Valley, a student in Stephen Witten’s drawing class, created his drawing of the face of a combat soldier using charcoal and working without an outline.

He entered the contest last school year, taking first place locally and a prize of $50. As for the state contest, Alvarez says, “I didn’t know I’d taken second place until I came back to school this year. I was shocked and excited.”

“I hope to do better this year,” he added.

Officers of the Beatty VFW Auxiliary came to an assembly, Wednesday, Aug. 10, to present certificates to Alvarez and his teacher, and to give the young artist the cash prize of $125.