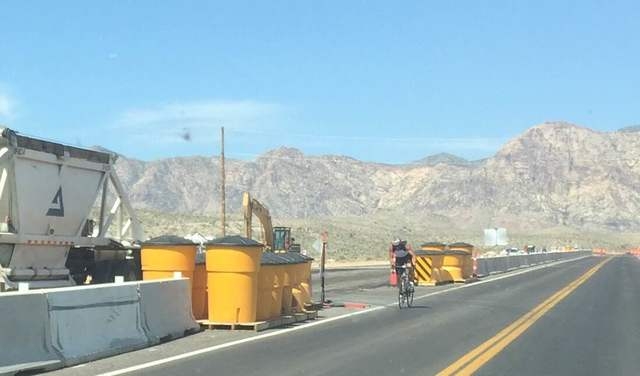 As work ramps up on widening the corridor between Las Vegas and Pahrump, recreational cyclists will have to find another route to get their long distance kicks on.

The bicycle restrictions will last until the entire $16.5 million highway widening project is complete, which is projected for early 2017.

“The current and proposed work zone configuration of one lane in each direction, limited shoulder widths, road grade, and differential speeds are not conducive for both bicycles and motor vehicles to share the road,” said Rudy Malfabon, NDOT director.

NDOT began the project that will widen SR-160 from two lanes to four travel lanes between the Red Rock Canyon Road and mile marker 16.63. Bicycle lanes on each side of the highway are included in the highway widening design.

Motorists should use caution while traveling through the work zone, heed construction signage and take alternate routes, if possible.

There will be up to 30-minute delays. For current road information go to:nvroads.com