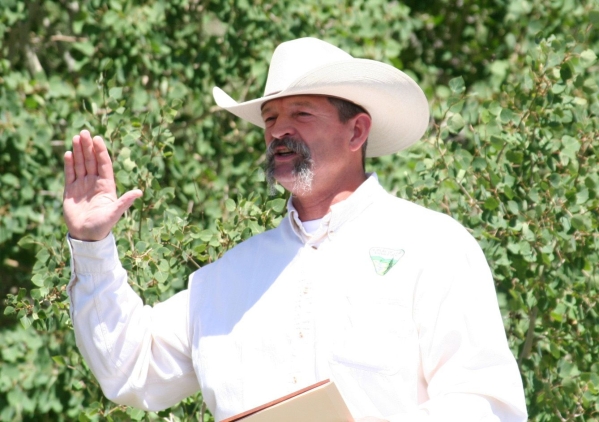 At a time when tension remains high between landowners/permittees and federal officials, the head of the Bureau of Land Management (BLM) has named three new state directors in western states.

The Cliven Bundy 20-year standoff with the BLM remains fresh in many minds on both sides after last spring’s showdown when scores of protesters arrived at the Bundy property (many armed) as federal officials attempted to round up “trespass” cattle on the southern Nevada range.

John Ruhs was tapped for the top position in Nevada’s BLM agency.

Ruhs, who most recently completed a detail assignment as the acting BLM Nevada state director, currently is the BLM Eastern States director.

“John brings a great breadth of experience with him and a real commitment to collaboration,” Kornze said. “I look forward to having him in this key leadership position.”

Ruhs is a Marine Corps veteran and an Iowa native.

“Ruhs has worked in numerous positions throughout his career including previous stops in Nevada where he held the position of wild horse and burro specialist, fire management officer in Winnemucca and district manager in Ely.

“He also worked as the Kremmling field manager in Colorado, district manager in the High Desert district office in Wyoming and in the BLM’s Washington, D.C. office as an advisor to the BLM director,” according to a BLM spokesman.

He began his career as a seasonal worker in Vale, OR and held other positions that include stints in Wyoming, Idaho and Colorado.

Ruhs received a Bachelor of Science degree in animal science from the University of Idaho.

He and his wife, Amy, have seven daughters. He enjoys outdoor activities including riding horses, camping and playing golf.